Germany registered slightly more arrivals to the country in 2009 than the year before, according to preliminary figures from the Federal Statistical Office. But overall, Germany is losing people. 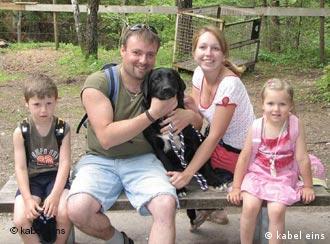 Preliminary statistics for 2009 released on Wednesday indicate that immigration to Germany rose above 700,000 for the first time in five years, but there were still 13,000 more people leaving the country than entering it.

Those who are leaving include both German and non-German citizens. The statistical office collects the data from the local government offices in the country, where all residents are required to register when they move in, and often to de-register upon leaving.

There were 721,000 registered arrivals in Germany in 2009. Of those, 606,000 were counted as foreigners, a six percent increase over the previous year. Over half, 58 percent, came from EU countries.

But Dr. Gunilla Fincke, director of the Expert Council of German Foundations on Integration and Migration, believes that what Germany really needs is more immigrants, not less.

As Germany's population gets older, there are not enough native-born workers to replace them in the labor force. That in turn can damage the country's ability to maintain its social welfare system, which depends upon the contributions from current workers to fund the pensions of those who retire.

Fincke said that the statistics seem to indicate that there are still more German citizens leaving than foreign citizens, a trend she called "worrisome."

"There is a question of attraction behind it – is Germany attractive enough for highly skilled immigrants? The obvious answer is, ‘not as attractive as it should be in order to have a more positive migration balance,'" said Fincke.

"I think what it means, to speak in more political terms, is that the country needs to get a grip on what it will do to attract more immigrants," Fincke said. "That's a huge question. Germany discusses in great detail the aspects of integration, but we do not really talk a lot about what kind of immigration we will actually need as a country, and that is a mistake."