Immigrants Lead Way Out of Joblessness | Germany| News and in-depth reporting from Berlin and beyond | DW | 25.04.2005

Immigrants Lead Way Out of Joblessness

The image of immigrants compounding Germany's jobless misery has been proved wrong by a study that says migrants take the plunge into self-employment more frequently than Germans and employ over a million people. 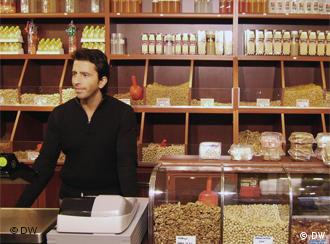 Immigrants' contribution to the economy is often underestimated

Standing behind the meat counter of his supermarket, Orhan Alcin looks like someone who has worked to the point of exhaustion. In fact, he has.

At the end of a 12-hour working day, serving and billing customers for their purchases of vegetables, meat, fruit and other foodstuff in the store in Berlin's immigrant-dominated Neukölln neighborhood, Alcin is more than ready to go home.

The 35-year-old opened the supermarket, sandwiched between a Turkish café, a Lebanese car rental agency and a Greek bakery, two years ago. Like in many immigrant-run businesses, Alcin's is filled with family members. Together with his four older brothers, Alcin runs three supermarkets in Berlin.

"We're almost a family enterprise," Alcin says. "We also have employees from outside, but at least one brother in every branch." 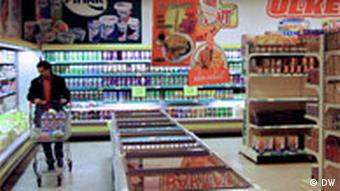 Nowhere else in Germany is the industrial spirit of the country's immigrants more evident than in southern Berlin. Here businesses owned by migrants from Turkey, Russia, Italy and Arab countries dominate the streetscape.

They don't just provide local color and new smells and tastes to the city, but also create much-needed jobs -- a commodity that's increasingly rare in Germany with unemployment hovering around five million.

A new study called "The Importance of the Ethnic Economy in Germany," commissioned by the German Economics Ministry, has found that since 1990, the number of immigrants who have been taking the plunge into self-employment has risen by 60 percent.

The study, carried out by the Institute for Research on Mid-sized Companies at the University of Mannheim, surveyed 2010 immigrants of predominantly Turkish, Greek and Italian origin. It found that three to four percent of all jobs in the country are created by self-employed people who don't come from Germany. The Alcins alone employ 10 people -- nine Turks and a German. 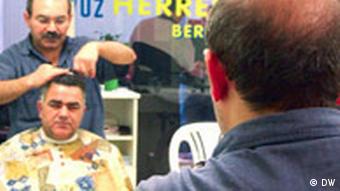 The study also concluded that the number of new companies founded by foreigners was much higher, at 182 per 10,000 working people as opposed to just 122 among Germans.

German Deputy Economics Minister Rezzo Schlauch said the stody showed that, contrary to popular belief, the jobs created by foreigners aren't just in ubiquitous döner kebap joints, vegetable and tailoring shops. "The social and economic importance of migrants is unfortunately still underestimated in Germany or not taken notice of at all."

"But in fact, self-employed foreigners are increasingly getting a foothold in all areas," Schlauch said. "And that builds a positive counterweight to the cliché in society that migrants are always somehow a social problem."

Alcin's supermarket is a case in point when it comes to the diversity of fields in which immigrants seek to make a living.

Though Alcin mainly sells goods with Turkish labels on them, most of them don't actually come from Turkey. The traditional Turkish soft cheese, for instance, was produced in Germany by a Spanish company, while most of the fresh vegetables are from an Italian middleman.

Tougher to get loans 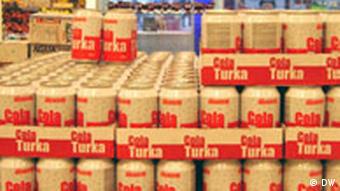 At the same time, Schlauch said the study had found that it was more difficult for foreign self-employed workers to get bank loans than for Germans.

Alcin knows that all too well. He tried in vain to get three banks to finance his supermarket. "We also hired an accountant who readied all our documents and the banks still said 'no'," Alcin said. "We also had guarantees: for instance property, even personal assets, but the banks still refused."

Alcin, like many other immigrants, was thus forced to borrow the start-up capital from family and friends. His example confirms the study's findings that foreign entrepreneurs are apparently more willing to take risks than Germans when it comes to self-employment.

Not such a rosy picture 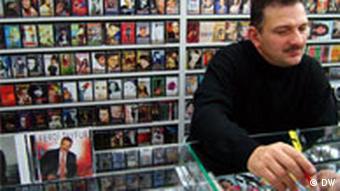 But, despite success stories like Alcin's, the picture is not always so rosy for immigrants.

According to the study, one-fifth of all self-employed Turks said they wanted to open a shop because they were unemployed. In the past five years, joblessness among foreigners has risen by a fourth and, at 20 percent, is almost twice the German average.

Companies started in need often don't survive long. And though immigrants may be turning to self-employment more frequently, they also fail at it much more often than Germans do.

The number of people without work in Germany has slightly decreased in the past 12 months. Experts believe this is due to more and more people taking advantage of the opportunity to become self-employed. (July 7, 2004)

Within Germany's immigrant community, many have snapped up the opportunities offered by the "Me Incorporated" self-employment scheme. If successful, they often find themselves boosting cottage industries back home. (Feb. 28, 2005)

Though stereotypes about foreigners continue to proliferate in Germany, a new study is challenging some beliefs about immigrant girls. They're far more ambitious and career aware than they're given credit for. (Dec. 15, 2004)