Immigrant workers in the executive suite | News and current affairs from Germany and around the world | DW | 30.11.2011

Immigrant workers in the executive suite

Immigrants have traditionally had a tough time when trying to launch professional careers in Germany. But thanks to globalization, their prospects are drastically improving. 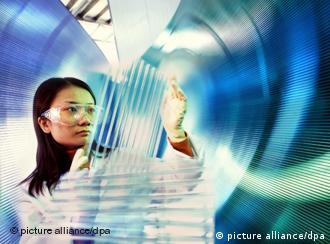 When Liu Zhengrong came to Germany 20 years ago, like so many other students from abroad, he had to do his fair share of odd jobs to keep his head above water. He waited tables in a Chinese restaurant, delivered newspapers and worked in printing shops and factories.

"It would be a bit of an exaggeration to say that I had a plan back then," Liu says today. His job prospects in Germany were, to be honest, bleak. The subjects he'd studied - education and political science - didn't really qualify him for a career in business. This did not bode well considering immigrant graduates typically experienced more difficulties on the labor market than their domestic counterparts.

Only a third of non-German graduates find jobs that match their qualifications, says Ingrid Jungwirth, a migration researcher at Berlin's Humboldt University. For native Germans, however, the success rate is twice as high.

The disparity also applies to management and leadership positions: Close to 17 percent of German university graduates end up in management, while only 8 percent of immigrant graduates manage to get a foothold on the career ladder. 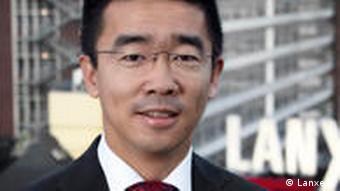 Given these statistics, few people would be surprised if Liu Zhengrong was still working on a factory floor as a laborer. That is not the case, however. Today, Liu is a staff manager at Leverkusen-based pharmaceutical group Lanxess and is responsible for around 15,000 employees. When he took the job seven years ago, there were reservations, he admits, partly because of his background, but also because at that time he was considered comparatively young for such a position, at the age of 35.

"Of course, many people asked whether or not I would understand them at all? Can he manage this?" says Liu. "I had to prove through my work, through my behavior, that I was capable. And I was more or less successful."

No career without a network

Prior to joining Lanxess, Liu's career path had been long and winding. His fortunes changed when, as a student, he was hired to manage Chinese lessons for Lanxess' parent company, Bayer. He was then asked if he wanted to help build a training and education system for the company in China. In this capacity, he met a number of executives who recognized his abilities and duly promoted him.

"Otherwise, with the combination of subjects I had studied, it would have been much more difficult to gain a foothold in the business," says Liu. Eventually, he was offered his position within the personnel department at Lanxess. 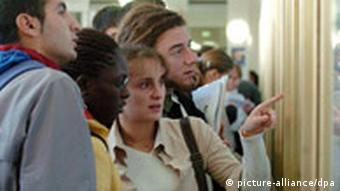 Ingrid Jungwirth says this highlights the fact that it's often not enough for people to display exceptional skills in their jobs, especially in the case of migrants. "It is crucial in all highly qualified professions to have networks and to be informed," she says.

Jungwirth encourages anyone wanting to kick-start their career to systematically build contacts by getting involved in professional associations, for example.

Nowadays, in the executive suites of many global corporations, having a foreign background is often regarded a plus.

"Most companies operate globally and are therefore looking quite consciously for people from all over the world to reflect the internationalism of the organization," says Sörge Drosten, managing director of recruitment firm Kienbaum Executive Consultants International. For the headhunter, having international clients is now the status quo. Drosten says around a third of the executives his company places come from abroad.

In the international elite labor market, origin has often played an ancillary role. However, the situation is much different for individuals who don't come to Germany as internationally sought top executives.

"When you immigrate without a job in the pipeline then it's really tough," says Ingrid Jungwirth. In this case, migrants have to try find internships, part-time work or seek further qualifications to break into their desired field. Integration as a career prerequisite

Sörge Drosten says those wishing to come to Germany should not be discouraged by this. In the next 10 to 20 years, he says, there will be excellent opportunities in Europe's largest economy.

"Given the demographic gap, there will be many, many ways to move up the ladder quickly here," he says, adding that it is important that migrants try to integrate by learning the German language and building a network of friends.

But professional excellence and German language skills alone are often insufficient to forge a successful career in Germany - a point Liu Zhengrong emphasizes over and over again. Migrants should be interested in their surroundings, he says: "Without integration, moving up in a multinational company is not conceivable."

Liu says he still considers his days as a waiter and paper delivery boy of great value: "It helped me experience and get to know many different facets of German society - and first hand, too."