The International Monetary Fund has said it's not content with the pace of reforms in the crisis-stricken euro area. In a fresh report, it identifies the 17-member bloc as the main threat to global financial stability. 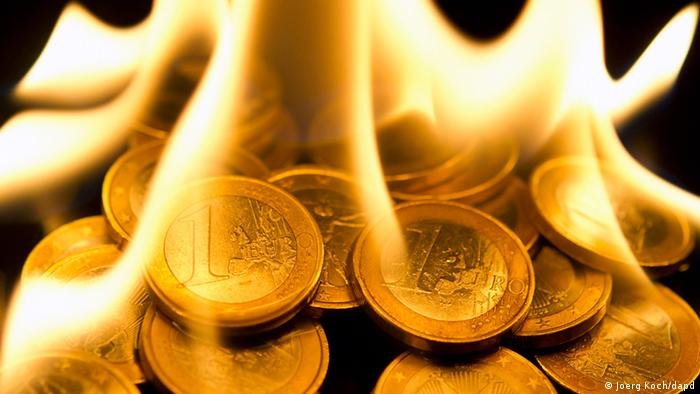 The International Monetary Fund (IMF) on Wednesday urged eurozone countries to speed up reforms in order to get on top of their protracted debt crisis.

"We find that delays in resolving the crisis have increased the amount of asset shrinkage at banks," the IMF wrote in its latest Global Financial Stability Report. It warned that European lenders might have to sell $2.8 trillion (2.18 trillion euros) of assets unless policymakers found a way of ending the crisis.

The report highlighted the ongoing movement of large amounts of capital from troubled euro area nations to more economically stable regions in the world, including Japan, adding that this had become a major headache for Tokyo.

"Safe-haven flows have driven the yen exchange rate to near historic highs, impacting Japanese exports and domestic production," the IMF commented, while describing the eurozone crisis as the main threat to global financial stability.

But the German Finance Ministry on Wednesday warned the eurozone dilemma must not become the only topic at the upcoming annual meeting of the IMF in Tokyo at the end of this week, pointing to growing growth problems in emerging nations and increasing US debt levels.

The ministry said German Finance Minister Wolfgang Schäuble would elaborate on recent euro area measures to fight its way out of the crisis, including the installation of permanent bailout fund and ongoing endeavors towards budget consolidation and a banking union in the bloc.