'Ikea has definitively shaped our culture'

From "throwaway culture" to "democratization of design," from building it yourself to that one missing screw: the world's best-known furniture brand has changed our lives, says art expert Romana Rebbelmund.

DW: How has Ikea changed our culture?

Romama Rebbelmund: In the 1970s, Ikea was an important part of the student movement, because the company actually manufactured reasonable furniture at an acceptable price. But Ikea wasn't yet socially acceptable to the middle and upper classes.

But then, at around the turn of the century, all that changed. Ikea became popular because they changed their offer. Not only was there the Billy shelf — now, there were different versions of Billy, some with drawers or compartments that could be locked. Ikea has continued to expand this shelving line, and today they have great cabinet systems. I have one at home. That wouldn't have been possible in the 1970s.

What was so sensational about Ikea — aside from the fact that it was reasonably priced?

At Ikea, you didn't buy the finished product; you bought a kit. In principle, this was something you could take home right away. Before, you had to order furniture and wait for it to be delivered. In that sense, Ikea turned its customers into accomplices. 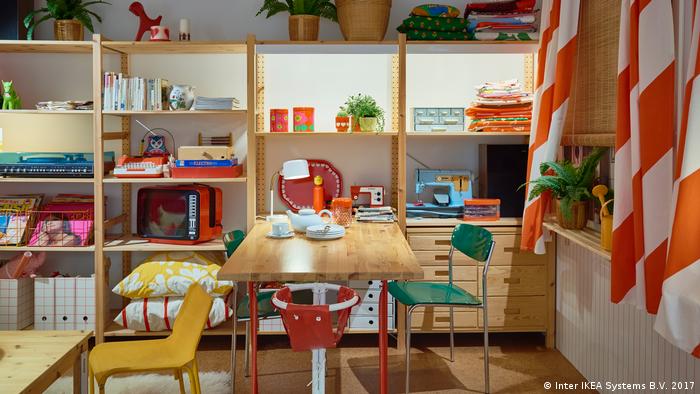 You say accomplices — in the sense that through buying cheap furniture, it became easier for people to dispose of that furniture, developing a sort of throwaway culture?

Absolutely. With every move, the question would now be: Am I taking this with me? Or do I decide to buy something else? We're not talking about grandma's solid wood wardrobe here. From this point on, it became much easier to leave things behind with a clear conscience. Ikea has definitively shaped our culture.

Would you say Ikea has also set standards when it comes to the spread of modern furniture design?

Yes, definitively. In the early years, there was a distinctive Ikea look. But more recently, Ikea has begun attracting its own good designers. And these designers have also purposefully oriented their furniture; they more closely follow modern trends. Today, big-name designers come to work on product lines; it's no longer considered in a negative light. Inexpensive, good-looking furniture for everyone that also contributes to the design culture. This is Ikea's brand. 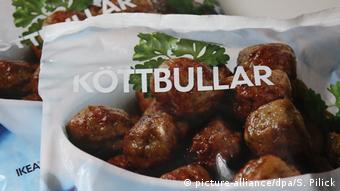 Millions of Ikea catalogs are printed every year, and end up serving as a design snapshot of an era. What makes them so popular?

Indeed — I have one at home. The Ikea catalogs have a very nice, square format. It's clear, and easy to read. The product photographs are very professional, and things look very nice.

These catalogs don't just show furniture, but whole worlds, different ways of life. Incidentally, the Art and Museum Library in Cologne also has a collection of Ikea catalogs, proving they're not just junk.

Could you imagine a world without Ikea?

No, not at all. Even here, in my office, Ikea has left its mark — in the form of a deep, white shelf.

Romana Rebbelmund is an art historian and curator of fine art, design, graphic art and posters at the Museum of Applied Arts Cologne.

From a mail-order sales business to locations in 51 countries. A look back at the history of the Swedish furniture giant and its legendary founder. (28.01.2018)