Idriss Deby: 'Crises in Africa come from outside'

Chadian President Idriss Deby has condemned the international community for its intervention in Africa. He says, the crises engulfing the continent come from outside and not within. 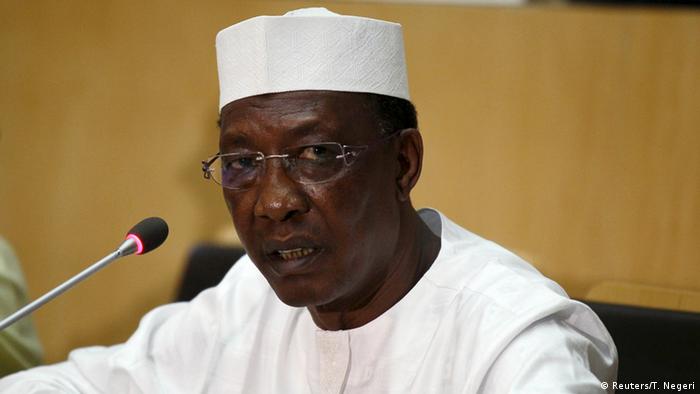 "Gaddafi is dead and has left Libya to armed groups. Africa must now bear the consequences of this chaos," said the Chadian President Idriss Deby in an interview with DW. He said that Europe must take responsibility for the fact that formerly peaceful countries are being terrorized by the Nigerian terrorist group Boko Haram. The arms come from Libya and Boko Haram fighters were also trained there after Gaddafi's death.

Deby criticizes the international community for its military intervention in Libya in 2011, in which Gaddafi was killed. France played a leading role in the deployment. Today Africa must bear the consequences of the intervention. "But the African continent has never asked to fight against Libya," said Deby. The Chadian President who is currently the chairman of the African Union was on Wednesday visiting German Chancellor Angela Merkel in Berlin.

Let Africa progress at its own pace

Deby also condemned the international community for interfering in Burundi. Since President Pierre Nkurunziza embarked on his controversial third term, the Central African country is on the brink of a civil war. According to Deby the international community is to blame. "The crises in Africa often come from outside and not from Africa itself." Deby believes that if Burundi had been left to handle its internal affairs the crisis would not have arisen. 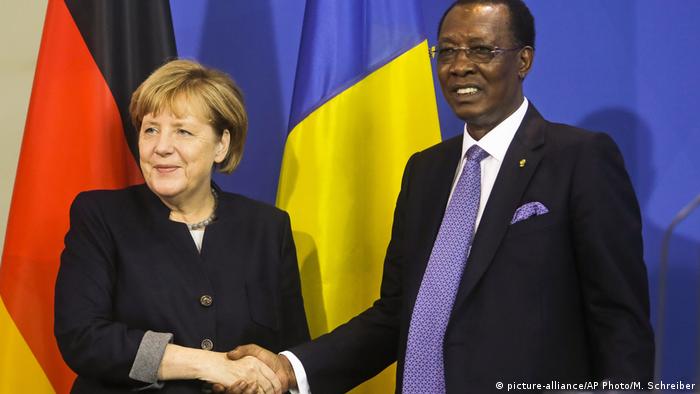 The Chadian president also defended Nkurunziza's third term as constitutional. Nkurunziza was first voted into office by Burundi's parliament and not directly by the people.  Deby says this does not count. Moreover Nkurunziza was cleared by the court.  According to the Burundian constitution, the President should serve only two terms.

Deby himself is considered an authoritarian ruler. He came to power in the 1990 coup against then President Hissene Habre.  Since then, the ex-military leader has set up an efficient surveillance system. There have been continued demonstrations against his government for several months now.

Deby is hard on his opponents. Currently, a commission is investigating the disappearance of more than 20 soldiers. They have been missing since the presidential elections in April 2016. Human rights organizations such as Amnesty International suspect that they wanted to vote against Deby. 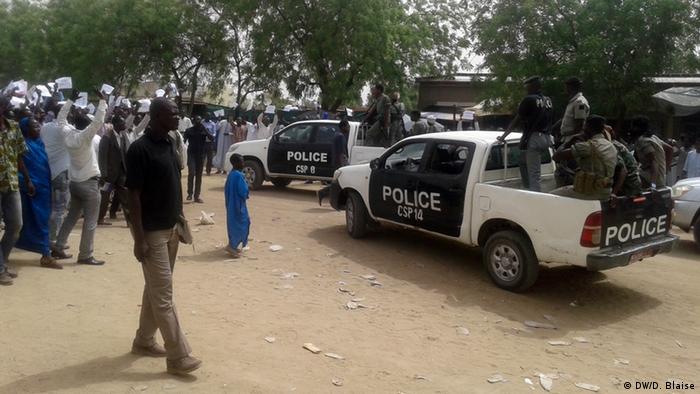 Talking about the situation in his country, Deby said, "Chad is a haven of peace in a stormy ocean." He said that strikes and demonstrations are normal in any democracy. Europe should not be too impatient with the young democracies in Africa. "You must give us the time to progress at our own pace," Deby said. "We have already come a long way, we have caught with you and are now on the same level in terms of democracy." Crises only arise from the lack of dialogue. In his own country Deby said this was notteh case.

While human rights activists sharply criticized the visit of the Chadian President to Germany, foreign countries value him as a partner in the fight against terror. Chad is seen as relatively stable in the troubled region of Central Africa. Deby himself sees the cooperation between his country and Germany as positive. "Germany has its place in Chad and Africa," he said. He also praised Germany's handling of the refugees.

Germany had shown great solidarity and a human face with the reception of refugees. Chad is one of the most important transit countries for African refugees. He noted that Africa needs support in order to slow down migration. The economy must be supported and jobs created within the continent, he said.

Chad's President Idriss Deby was sworn in for a fifth term on Monday in the presence of more than a dozen African heads of state. Tensions were high one day after a young protestor was shot dead. (08.08.2016)

'Chad – oasis of the Sahel' and its links to FC Metz

Did the central African country Chad really pledge 12 million euros to get its name on the jerseys of the French soccer club FC Metz? The official answer is no, but this is what's behind the story. (06.09.2016)