Low cost carrier WOW has grounded all flights indefinitely after entering a final round of talks with investors. Passengers had been advised to seek other means of travel, but many have been left stranded. 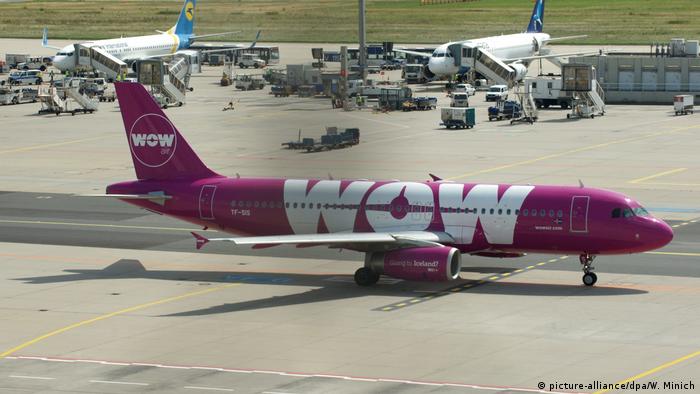 Iceland's budget airline WOW announced Thursday that it had ceased operations and canceled all flights.

It is the latest in a series of low cost operators in Europe to go out of business and has left a number of passengers stranded.

What the airline said

In a statement on their website WOW offered passengers the following advice:

How it came to this

The airline's bankruptcy comes after six months of difficult negotiations to sell the low-cost carrier, first to its main rival and flag-ship carrier Icelandair and later to Indigo Partners, an American company who operate the airline Wizz.

"I will never forgive myself for not acting sooner," Mogensen said in a letter to employees Thursday. "WOW was clearly an incredible airline and we were on the path to do amazing things again." 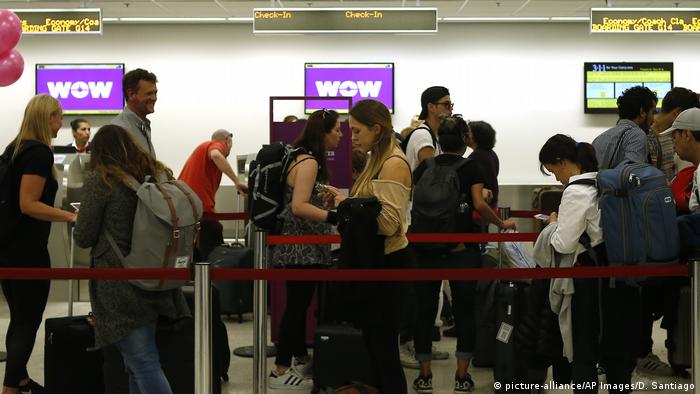 Who is affected? WOW grounded at least six planes in North America that were set to leave late Wednesday from Montreal, Toronto, Boston, Detroit, New York and Baltimore. In Europe, planes bound for Reykjavik from seven cities - Amsterdam, Dublin, Paris, Brussels, Berlin, Frankfurt and Copenhagen - did not take off Thursday morning.

Who are WOW? The airline was founded by entrepreneur Skuli Mogensen and began operations in 2012. It's specialty was incredibly cheap flights between North America and Europe. It had flights to airports in cities including Washington, D.C, New York, Paris, London and its Reykjavik hub. WOW's fleet comprised 11 aircraft of different Airbus models. Last year it operated 20 aircraft.

Rash of bankruptcies: There have been a number of low-cost carriers that have gone bankrupt or into receivership over that last year and a half including Germania and Air Berlin from Germany, UK's Monarch Airlines, VLM Airlines in Belgium and Skywork from Switzerland.