A look at the reaction on Twitter following the grand jury decision not to indict police officer Daniel Pantaleo who was involved in the choking death of Eric Garner, an unarmed black man. 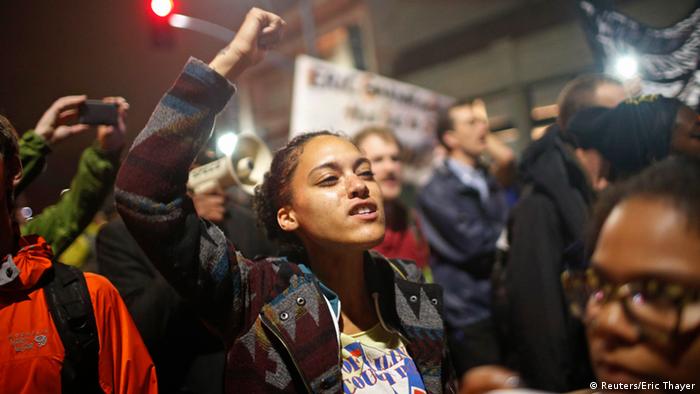 #ICantBreathe, #CrimingWhileWhite, #BlackLivesMatter and #EricGarner are the main hashtags being used on Twitter following a grand jury decision not to indict New York police officer Daniel Pantaleo for the death of an unarmed black man, Eric Garner, earlier this year. The decision on Wednesday means that the white police officer will not be indicted over the "chokehold death" and will face any criminal chargess in connection with the incident.

On July 17, 43-year-old Garner was placed in a chokehold by Pantaleo on Staten Island, as police officers tried to arrest him on suspicion of illegally selling untaxed cigarettes. The attempted arrest was captured on video and went viral over the Internet, fueling debate about US police mentality and alleged racism.

In the video footage of the moments leading up to the chokehold, Garner is heard saying, "Every time you see me, you wanna harass me, you wanna stop me… I'm minding my business, officer."

#ICantBreathe was tweeted more than 170,000 times in the last 24 hours, according to social media analytics site Topsy. Twitterers have been showing their support for Eric Garner and his family by using the words he repeatedly said before dying: "I can't breathe."

Meanwhile, #CrimingWhileWhite has been trending on Twitter. Most of the white Twitterers have been using it to tweet about the crimes that they have gotten away with, allegedly because of their race. The hashtag has been used more than 185,000 times in the past 24 hours.

This is the second grand jury decision in a little over a week not to prosecute a white policeman involved in the death of an unarmed black man. The decision by grand jurors not to proceed with criminal charges against officer Darren Wilson over the death of teenager Michael Brown in Ferguson, Missouri, sparked a wave of unrest across the United States.

No charges against police officer in "chokehold death"

A New York grand jury has decided a white police officer will not be indicted over the "chokehold death" of an unarmed black man. Daniel Pantaleo is to face no charges in connection with the incident. (03.12.2014)

Police make arrests in US protests over 'chokehold' death

A decision not to indict an officer implicated in the death of an unarmed black man in New York has prompted protests, followed by arrests. The US Attorney General has announced a federal civil rights investigation. (04.12.2014)

Darren Wilson, the white police officer who shot dead unarmed black teenager Michael Brown in August, has resigned from the Ferguson police force. Brown's death sparked protests and violence across the US. (30.11.2014)

The Guardian: protests in New York as police officer is spared prosecution