Ahead of the Frankfurt Book Fair, DW-WORLD.DE spoke with Indian author Amit Chaudhuri about the West's love affair with Indian writing and the roles of English and literature in a multilingual, globalizing country. 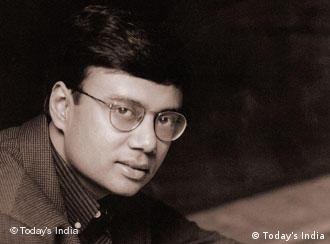 Amit Chaudhuri is one India’s most important contemporary writers in English as well as a sought-after essayist and literary critic who has worked for The Guardian and The Times Literary Supplement. His books, "Freedom Song," and "A Strange and Sublime Address," among others, have received numerous international awards including the Commonwealth Writers Prize and the Los Angeles Times Book Prize.

Chaudhuri, who spent time at Berlin’s Free University in early 2006 as a visiting guest professor, will also be at the Frankfurt Book Fair, which begins on Oct. 3 and focuses on India.

DW-WORLD.DE: How do you explain the growing interest in the West in Indian writing in English?

Amit Chaudhuri: The first thing of course was the success of "Midnight's Children" by Salman Rushdie in the early 1980s. But I hesitate to think of that as a myth of origin mainly because it obscures the fact that there were so many extremely interesting writers in English preceding Rushdie who were both poets, novelists or even short-story writers. Rushdie represents a kind of hallucinatory cliff behind which we cannot see, almost like an obstruction we've created -- we cannot see what was there before him. There are continuities going back beyond Rushdie, though Rushdie is an interesting and forceful occurrence. 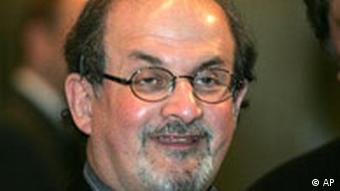 At the same time, the success of "Midnight's Children" in the West also leads you to identify that particular sort of novel of a pan-Indian nature, a grand historical narrative and a particular sort of magical realism and fantasy with the project of Indian writing in English. That is not true. Rushdie himself has admitted that it's a much more heterogeneous project than that.

I think that in the West the interest in Indian writing in English has to do with the interest in the role of English in India and the role of India itself increasingly in the globalized world. But the idea of linking literature to the economic fate of a nation is to miss precisely the ironical force of literature, that it has a separate prestige. It seems to me that the West is not interested in that ironical relationship. Otherwise it would be more interested in the literature that India produced when it was a colonized country, which is an extremely interesting body of work, or even the literature produced in the Indian languages, which is the literature of communities that are not directly linked to globalization.

Isn't India partly responsible for creating this image of being a rising economic superpower?

Yes, it isn't just a western perception, but also India's, particularly middle-class India's perception of itself. It's linked to de-regularization and globalization and the idea that India can be a big player. The dividing line between postcolonial pride and imperialistic ambition is very small for the middle class in India -- one lapses into the other very easily. 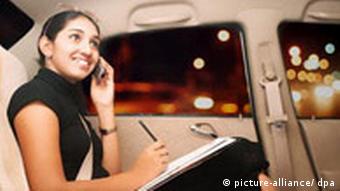 We have long entertained ambitions of being a regional superpower, once that was achieved, a world superpower economic or otherwise. Now we have our Security Council aspirations as well, and our diaspora doesn't look particularly like people lost in exile but are contributing economically and to the idea of this growing prestige of India. And Indian writing in English reflects that and traverses that thin line between postcolonial pride and imperialist ambition. I would be happy with a writing that is more ambiguous about its own position and wish it would be less triumphant. I feel alienated from that personally as a writer.

Do you think Indian writing has also suffered as a result of the country's modernizing and globalizing zeal?

For me the position of the outsider is of great importance to the health of any society. For any cultural practice, whether it's academic or literary, the position of the outsider, the misfit, the daydreamer and even of failure are very important categories in the creation of a truly energetic and self-critical social and intellectual space. They are important components because of the latent critique of power that they have in constituting our imaginative life.

My anxiety is that in the last 20 years India, typically for a globalizing country, hasn't theorized a position for the outsider or for the misfit or for failure. Its rhetoric is concerned with success in various ways. So Indian writing in English or any other phenomenon is always spoken in terms of success and if it is not successful, it becomes invisible. 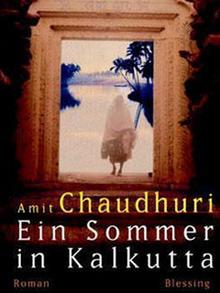 The German version of Chaudhuri's "A New World"

It's sometimes forgotten, particularly in the West, that English is the language of only a small percentage of Indians. Do you think the current popularity of the Indian novel in English has come at the expense of writing in Indian languages?

I would hesitate to say something as categorical as that. For a number of reasons, the way we look at literature has changed. Vernacular writing (writing in Indian languages) occupies a slightly different space. Obviously Kannada literature (literature from the southern Indian state of Karnataka) cannot and doesn't want to speak on behalf of something called India or pretend to be Indian literature. Only writing in English can bear that burden, have that pretension and ambition of representing the history and totality of a country. That is for many people one of the interesting things about Indian writing in English.

At the same time, we have to keep in mind the multilingual character of India. Indians have been multilingual since Antiquity, but modern Indians are multilingual in a new way and different sides of themselves are in business with one another and one can't ignore that. One can't arrive at a proper understanding of what the Indian literary sensibility or landscape might be without it.

The Frankfurt Book Fair, where India is the guest of honor, hopes to attract the attention of European publishers, particularly German publishers, to Indian vernacular literature. Do you think translated works in Indian languages can be accessible to German readers?

In Germany, somehow there is greater interest in Indian writing in regional languages. So many writers who write in Indian languages, who have not been translated into English, are translated into German. That is an interesting and curious thing because German itself has its own form of regional identity, just to be part of Europe is no longer in the globalized world a passport to being the representative of some sort of universal culture. A universal culture or some sort of version of it is located entirely in the Anglophone world in globalization. I register in myself the surprise when I move about in Germany here with white people not talking in English. It brings home to me that regionalism doesn't only have to do with India, but has to do with Europe too.

And here in Germany, where the market hasn't completely taken over, this regional culture allows certain sorts of experiments and a very liberating form of playing around with the arts. This you don't see in the Anglophone world, where the market has taken over those domains in a more homogenizing way. It's that element of both being slightly neglected but also having the space for experimentation for freedom, which is what on one level art is and was about, that seems to be common to both authors writing in Indian languages as well as German writers and makes both so exciting.

And, paradoxically, much as it occupied a place at an angle to British power before independence, vernacular literature once again has been given its own space and freedom to pursue its own impulses in a globalized English-speaking India. This leads to sometimes very interesting, surprising and delightful things being found in writing in the Indian languages. For instance, playing around with certain forms like the short story and the novella, which are non-commercial forms and are not pursued in the Anglophone world because success is so much an important criterion in deciding what gets published. You do find the same thing here in Germany with writers, the same kind of regionalism at work. Now, it all depends on whether these things can find a meeting point and whether works in Indian languages can be translated adequately and whether we can find a way of thinking about them and reading them.

As India takes center stage at the Frankfurt Book Fair, it's not the Salman Rushdies, Arundhati Roys and Vikram Seths, but a new generation of authors writing in English who are making waves. (03.10.06)

All the world's an absurd stage: Austrian author and Nobel Prize winner Elfriede Jelinek never minces words in her writing.