Hungary’s ruling conservative party has pushed through controversial changes to the constitution, despite warnings from the EU. Opponents say the changes will greatly limit the powers of the constitutional court. 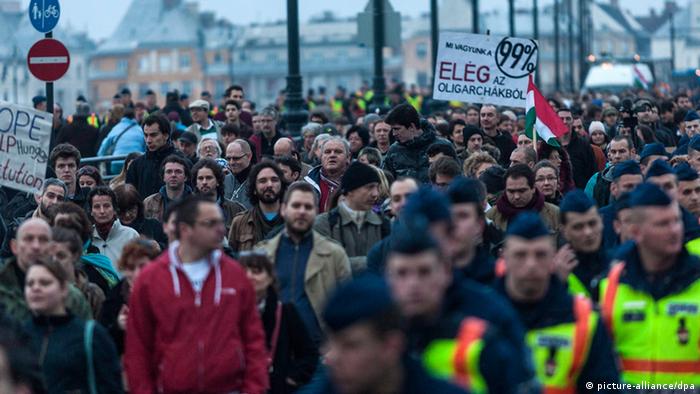 Critics say the vote, known as the "fourth amendment," will limit the power of the constitutional court and increase government controls over the judiciary and higher education.

The top court will now only be able to review and judge future amendments on procedural grounds, not on their content.

Other changes include allowing party political broadcasts only on state-run media, committing students who receive state aid to remain in Hungary after graduation for a certain period, and a ban on sleeping on the streets.

It also allows parliament to decide on the legal status of religious communities.

Hungary's main opposition Socialist Party boycotted the vote, a move which was seen as largely symbolic given that Orban's party holds majority in parliament.

Ahead of the vote, Socialist Party President Attila Mesterhazy said Orban's wanted to "take revenge on the constitutional court, students, opposition parties, and all those who do not do as the government wishes."

European Commission spokeswoman Pia Ahrenkilde Hansen said Monday that Barroso had spoken with Orban on Friday, who reassured her that Budapest remained committed to EU rules.

Orban's comments were "very positive," she said, "but our job is to make sure that [the] EU laws that member states have signed up to, are complied with."

Since taking power in 2010, Orban has pushed through changes that the EU says risk undermining media freedom, control over the constitutional court and the central bank.

"The German government has never left any doubt that Europe is a community of values and that we expect that these values be respected," Westerwelle told reporters in Brussels on Monday.

"It is not only about constitutions and rights put on paper, but about living them," he added.

Former Hungarian president Laszlo Solyom, who served from 2005-2010, argued the amendment would dissolve the state's separation of powers.

Over the weekend, several thousand Hungarians staged protests against the vote.