Hundreds of civilians disabled in Gaza conflict | World | Breaking news and perspectives from around the globe | DW | 14.08.2014

The Gaza Strip already has a disproportionately high number of disabled people. Now, the war has left hundreds more maimed and in need of support, says Guillaume Zerr of Handicap International. 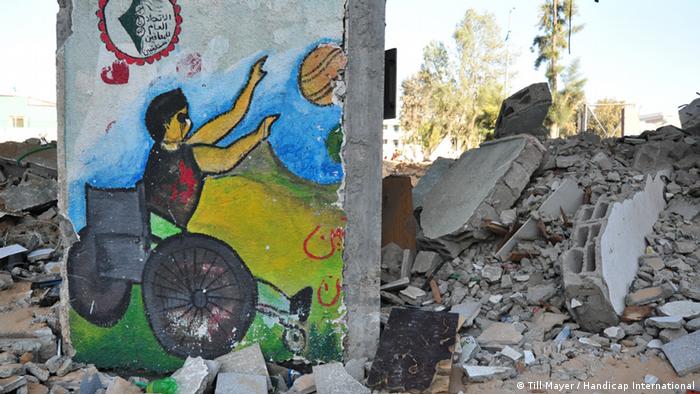 DW: Can you give an insight into the particular problems facing people with disabilities in Gaza - particularly during the recent fighting?

What was particularly bad was that people were given very short notice to leave their homes before the fighting, and in order to evacuate a child with disabilities for example, you need another person with physical ability.

Now, in the evacuation centers, we have people with disabilities who have very specific needs that somehow have to be met. Although we are starting to do this, it still remains a major concern.

There are reports of high numbers of amputations as a result of the past weeks of fighting. Are you able to confirm this?

It is not yet clear exactly how the situation has changed in terms of the number of new disabilities, but we have reports of many amputations, with figures up to a dozen each day during the last stage of the offensive. Based on Handicap International's experience of conflicts like this, we estimate that several hundred and up to a thousand people will acquire a disability as a result of the conflict.

We are also starting to get a picture of people suffering from spinal cord injuries. They require a lot of long-term support and resources because the rehabilitation process is very long and very technical. 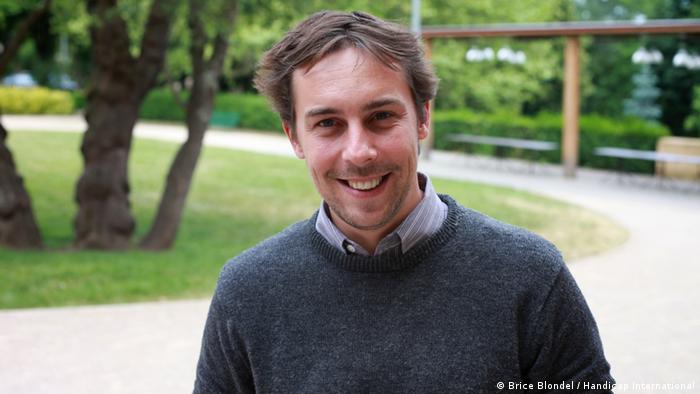 Statistics suggest there are between 100,000 and 200,000 people in Gaza with disabilities, and that is in a population of 1.8 million. Is that a disproportionately high percentage?

Yes it is. The local authorities conducted a study on this issue in 2011 and 2012, and they found that seven percent of the Gazan population is suffering from a disability. But the findings were based on a restricted definition of disability that does not include the functional aspect.

The definition that Handicap International and the World Health Organization uses includes the functional, the capacity of people to perform daily tasks on their own. Using this definition, ten to 15 percent are in a disability situation.

Is there a structure in place to support people with disabilities?

There is an existing workshop producing prosthetics and orthotics, which is supported by international organizations, but the need is greater than the production capacity. That said, step by step and with international support we hope to expand and be able to support everyone who needs help.

The trauma of losing a limb or becoming disabled requires psychological support. Is that made available to those in need? 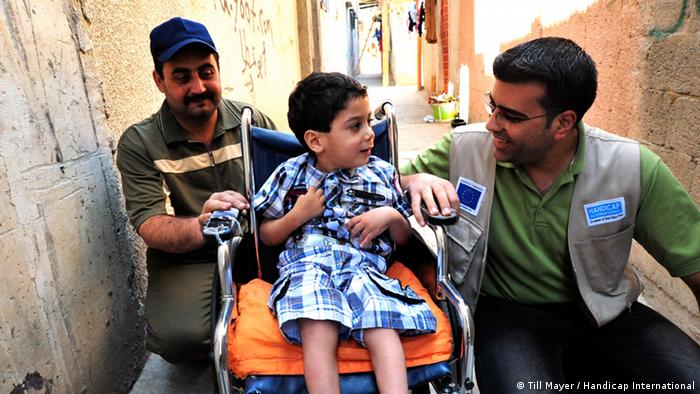 Why, if the percentage of people with disabilities is so high, are acceptance levels low?

There are several dimensions to that. Apart from the individuals who face complexities of their own acceptance, there are also cultural barriers. We see that people have great difficulty accepting that members of their families have disabilities. For example, many parents whose children have cerebral palsy feel a sense of shame.

Are there programs available to encourage wider acceptance of disability?

At the moment, many services provided to people with disabilities are still very much at a charity level, there is no policy of empowerment or consideration of their basic rights. We support an approach which enables people to fulfill their rights and teaches them to be autonomous and financially independent.

Cleaning up after a conflict brings its own dangers. Do you fear an even higher number of casualties?

Despite the ceasefire, the situation in Gaza is still very critical. There were six casualties in Gaza yesterday, people who were trying to move unexploded ordnance in northern Gaza. One of the major concerns we want to relay is that when there is such a conflict, the number of casualties and disabilities and injuries it creates doesn't stop with the end of the bombing. It continues for a long time and many areas in Gaza, especially on the border where there was a ground operation, there will be many unexploded remnants of war.

A Palestinian teenager has been propelled to newfound fame by live-tweeting events in the Gaza Strip. Farah Baker says she wants to tell the world the truth about the ongoing fighting between Israel and Hamas. (13.08.2014)