The dam collapse released some 5 billion cubic meters of water onto villages, reportedly leaving hundreds of people missing and killing an unknown number. Structural damage had been discovered before the breach occured.

Hundreds of people are missing and an unspecified number are believed to be dead after the collapse of the Xepian-Xe Nam Noy hydroelectric dam in southeast Laos, state media reported on Tuesday.

More than 6,600 people have been left homeless after their homes in the southern part of the district were swept away, the report said, and officials in the province have put out a call for relief aid for flood victims. Journalist Frederic Spohr, speaking with DW from Laos, called the event, "a major catastrophe for Laos and for the region." 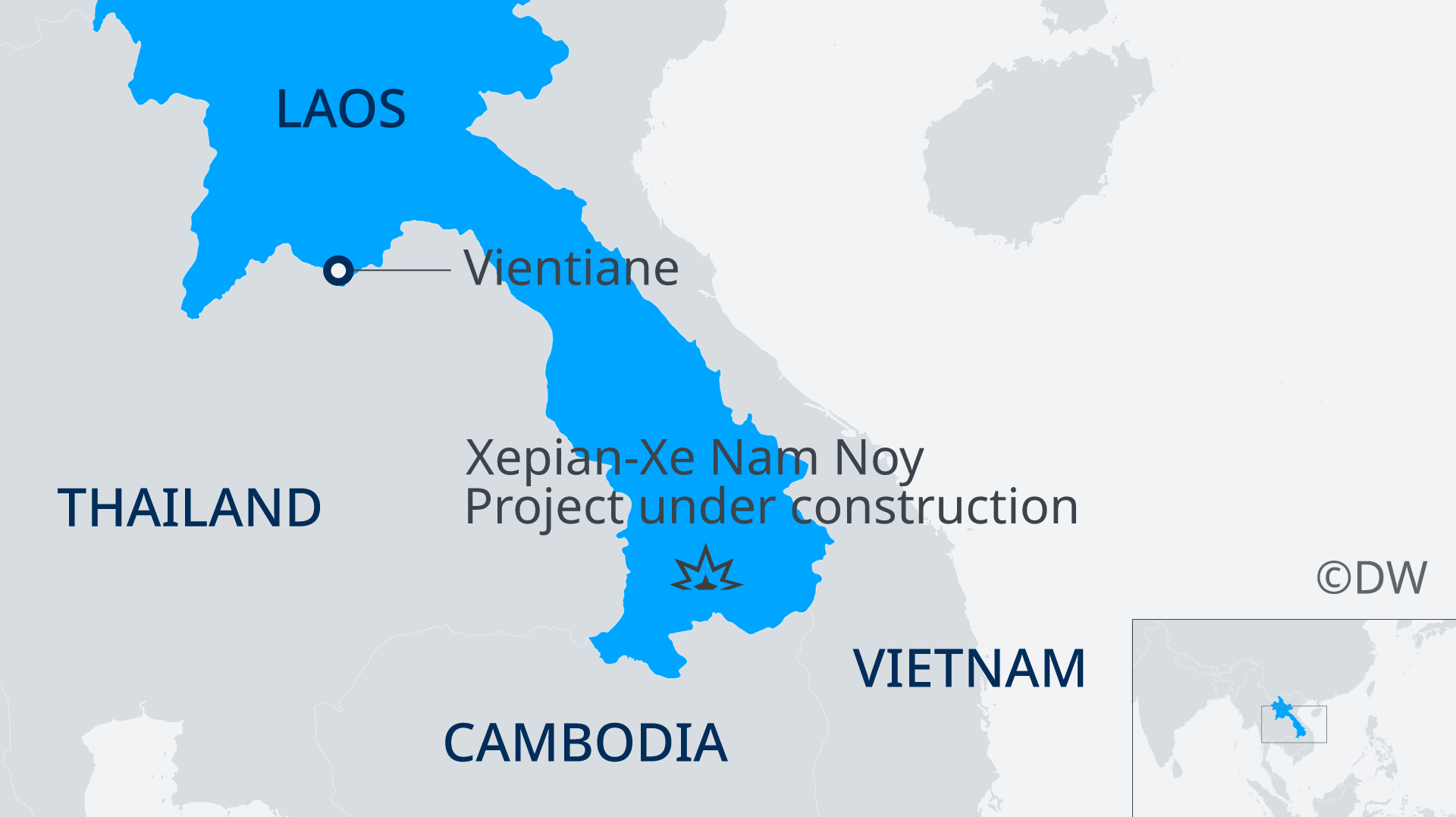 The $1.2-billion (€1.02-billion) dam is part of a project by Vientiane-based Xe-Pian Xe-Namnoy Power Company, or PNPC, a joint venture formed in 2012.

A South Korean builder also involved in the project, SK Engineering & Construction, said Wednesday that it had discovered Sunday evening that the upper part of the dam had been washed away. The discovery took place some 24 hours before the structure finally collapsed.

"We immediately alerted the authorities and began evacuating (nearby) villagers downstream," it said in a statement. Rain hampered repair work attempting to fix the damage.

The 410 megawatt capacity dam was due to start commercial operations by 2019, according to the project website.

It planned to export 90 percent of electricity generated to neighboring Thailand, with the remaining amount to be offered up on the local grid.

The 'battery of Asia'

The Xepian-Xe Nam Noy dam is part of Laos' massive plan to create a network of hydroelectric power plants. "Laos is not a manufacturing hub, it doesn't have skilled labor but what it has are hills and a lot of water. So the strategy was to kind of make Laos the battery of Asia," Spohr told DW.

For years, critics such as the US-based International Rivers have warned of the negative impact such plans could have on the flora and fauna of the Mekong River as well as the villages of local residents who depend on them for their livlihood. Furthermore, they fear such plants will be unable to withstand increasingly extreme weather conditions like the series of five massive monsoons that battered the country in 2013, affecting some 347,000 Laotians.

Rivers International also pointed to the failings of Laos' warning system in this most recent event, saying: "This also shows the inadequacy of the warning systems for the dam construction and operations. The warning appeared to come very late and was ineffective in ensuring people had advance notice to ensure their safety and that of their families."

Barack Obama is the first US president to visit Laos. Yet Laos has a long and painful history with the US, stretching back over 50 years. And this history is made up of a secret war, a secret army and a secret city. (06.09.2016)

The Xepian-Xe Nam Noy Dam in Laos has burst due to heavy rain. Hundreds of people are missing and many feared dead. Opponents of Laos's plans to become the "battery of Asia" have warned of catastrophe for years. (24.07.2018)