How US police avoid scrutiny and keep power

In recent decades, police in the United States have amassed significant power through laws that grant them a high level of immunity, a lack of oversight, big budgets and a focus on reforms that bring little change. 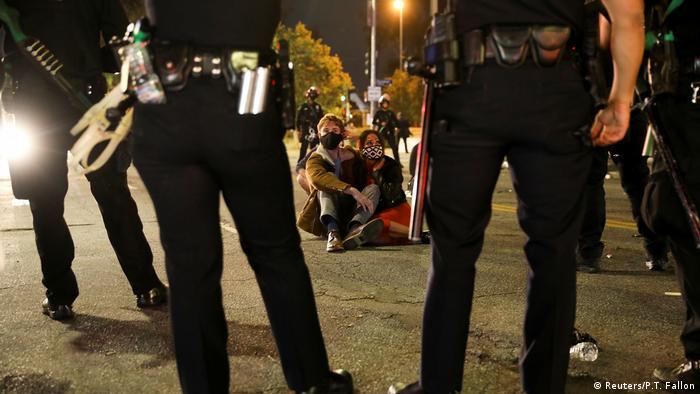 The most recent budget proposal for the city of Los Angeles sparked a flood of social media outrage. Mayor Eric Garcetti wanted to increase the amount of money allocated to the police, raising it to more than $1.85 billion (€1.64 billion), out of a total budget of $5.46 billion — the highest amount allocated to any department. As a comparison, the Housing and Community Investment department would receive less than $82 million if the budget was approved.

Garcetti has since promised to shift some of the funds to community initiatives but the amount allotted to law enforcement is still sizable. And Los Angeles is no exception — big budgets for police departments are common in US cities.

According to Stuart Schrader, a sociologist at Johns Hopkins University, big police budgets are rooted in lobbying efforts that first peaked in the 1990s: "Not only was the International Association of Chiefs of Police (IACP) trying to shape anti-crime legislation, it was trying to make elected officials accountable to police, rather than the other way around," Schrader wrote in a 2019 essay titled "To Protect and Serve Themselves: Police in US Politics since the 1960s."

With decreasing crime rates over the years, Schrader argues that police departments could scale back in many areas of the country. Instead, "rather than allow these capacities to evaporate, police protect them," Schrader writes. "Police have become unwilling to let go of their competitively realized gains, placing their self-interested advocacy at an increasing distance from achieving their nominal mission of crime control." 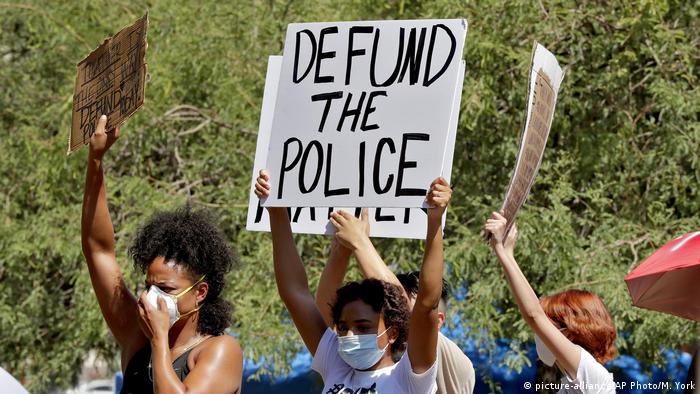 The call for abolishing police

Now, the movement calling for defunding and ultimately abolishing police in the US altogether is gaining momentum. Ralikh Hayes, co-founder of Organizing Black, is advocating for funds now being poured into police departments to be used differently. He told DW that cities should fund "the creative process to experiment with other ideas of what safety looks like and invest in the things that we know people need. Because we know crime is typically caused by not having the resources that they need."

"As you can see in communities all across America, when there's not a police officer in sight, those communities are considered perfectly safe," Hayes said. "But why is it that our communities that are full of police are not considered safe?"

Another way the police have leverage over preserving the status quo is keeping evidence and data confidential. Compiling data on interactions between the police for research purposes can be difficult, said Alyasah Sewell, professor of sociology at Emory University in Atlanta, Georgia.

Researchers and citizen-led initiatives often have to rely on news reports. Sewell noted that statistics released by law enforcement agencies sometimes lack information — such as race or gender — about the persons involved in a particular encounter. "We rely on police to tell us what happened," Sewell told DW.

Police reform can only do so much

The research that has been done often focuses on reform efforts. Many experts have concluded that measures such as anti-bias training or wearing body cameras have little effect on the decisions police officers make. A Yale study from 2017 found that body-worn cameras have "statistically insignificant effects on police use of force and civilian complaints, as well as other policing activities and judicial outcomes." 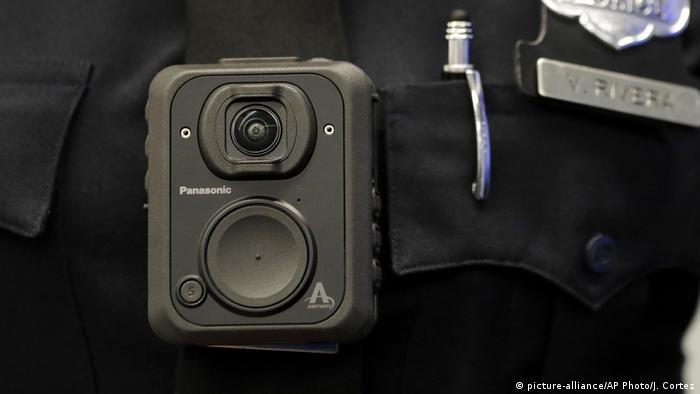 Police officers who kill unarmed citizens or use violence against citizens often face few or no consequences, said Niesha McCoy, a member of the Baltimore County Justice Coalition. The group is seeking to establish a model of civilian oversight to hold police in their community accountable. "Police officers have so-called qualified immunity and in some cases of misconduct, officers are merely transferred from one department to another," McCoy said. The qualified immunity doctrine protects police officers from liability when they are accused of violating a person's rights.

Is the individual racist, or society?

When a white police officer kills an unarmed black person, this officer is often referred to as a "bad apple" by colleagues, politicians and the public alike. The term implies the officer in question doesn't represent a bigger problem, but is simply a poorly-behaved individual acting in a rare event.

National security advisor Robert O'Brien took this line on CNN this week, when he was interviewed about the killing of George Floyd, a black man who died in Minneapolis while a white officer was kneeling on his neck and three of his colleagues watched.

"I don't think there is systemic racism," said O'Brien. "I think 99.9% of our law enforcement officers are great Americans. But you know what, there are some bad apples."

Sociologist Alyasah Sewell disagrees and believes it is not enough to focus on individual police officers. "A bad cop is a bad seed," she said. "It creates a system of networks that support it. If you cut through an apple you don't get to the seed until you are halfway through the apple. But if that seed is rotten everything you cut through is living off of that infection."

History lives on in today's police agencies, according to Sewell, whose research focuses on structural racism. "You really have to go back to slavery," they said. "Slave patrols evolved into what police are today. The police think black and brown people are criminals just by looking at them. And once you call someone a criminal, you have the right to remove them from society."

Violence from federal and state agencies is not only tolerated, some say it is encouraged by the president himself. At the beginning of the week, Donald Trump told governors that their response to the ongoing protests had been weak. "If you don't dominate, you are wasting your time. They are going to run you over. You are going to look like a bunch of jerks. You have to dominate," Trump said.