The digital world is changing our homes, our society and how we work. DW spoke to digital goods expert Arun Sundararajan from the NYU Stern School of Business about the sharing economy. 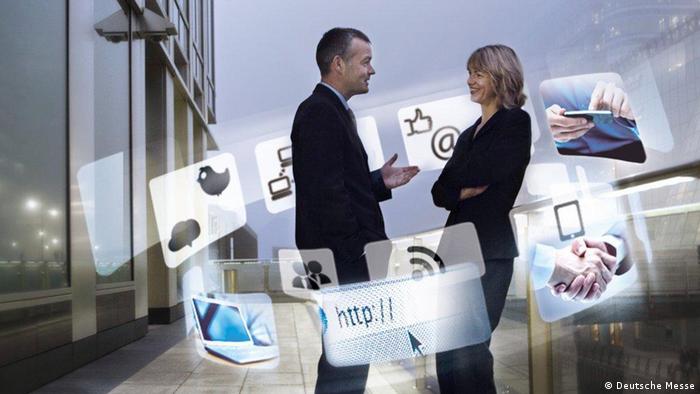 DW: We live in a digital world and we share basically everything online: Cars, bikes, kitchens or apartments. If we look at the sharing economy, how many jobs are we talking about? How important is it for the US labor market?

Arun Sundararajan: I would say that the number of job-equivalents is probably in the hundreds of thousands, maybe in the low millions, at this point. But what's more important is that over the coming decade, I expect it will be a significant fraction of the workforce, as we shift away from people having full-time salaried jobs.

The nature of work shifts towards having a wide range of contractual relationships with end consumers - like an AirBnB host and guest, for example. And also, relationships with the platforms themselves: There is a relationship between the host and AirBnB, or between an Uber driver and the Uber platform.

What does it mean for the labor market, for employees? For workers in that industry? Does more flexibility also mean less security?

There's a very complex set of factors that changes when you shift away from fulltime salaried work towards these more flexible arrangements. In the United States right now, a lot of the social safety net, a lot of the benefits - ranging from steady salary and paid vacations to insurance and different kinds of health benefits - all of that is connected to being employed full-time, and it's much better if you're an employee. And as more and more work becomes flexible, it happens that these new sharing economy providers don't have access to the same benefits as fulltime employees do.

That's why a lot of the conversation ongoing now is about whether these providers, like Uber drivers, like Instacart shoppers, should be fulltime employees…

And this distinction is important, since the majority of the people who provide for the sharing economy actually enjoy the flexibility. They enjoy the fact that you can turn off your app for an hour and go and pick up your kids. And when the grocery shopping app Instacart shifted its contract workers to being part-time employees; that was not necessarily better for the workers.

Because as part-time employees, they actually don't get very many benefits. And instead of the more productive workers earning more per hour, everybody is now getting sixteen dollars an hour. Plus, they've lost their flexibility. There's no simple answer to the question: Is this good or bad for workers?

But I do think we shouldn't force our workforce into a situation where they have to choose between flexibility and benefits. I think we need new structures where you can get both. Through either the platform, the government or through the individual.

Is it too grim to say that, at least in parts of the sharing economy, we have a new form of exploitation?

There is certainly a new form of organizing economic activity. But honestly, there are various forms of inadequate protection for workers in certain industries that are just being highlighted by the fact that we now have sharing economy platforms in these industries.

For instance: Worker rights for domestic workers in the United States have always been inferior to those of the rest of the workforce. They cannot form unions - and this goes back to the New Deal of the 1930s. But now we have digital platforms that are channels for getting someone to clean your home. A lot of people are noticing that the worker rights in many “hidden” professions are not quite as good. 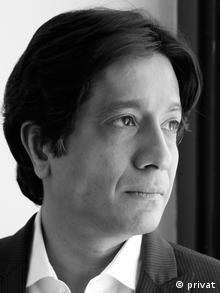 Does that mean that the criticism towards the sharing economy is only highlighting drawbacks in certain industries that already existed?

Well, when you think about it: By and large taxi drivers in most major US cities have always been independent contractors. Now they're independent contractors through Uber. It has highlighted the fact that this is not a very well protected sector of the economy. But I don't really see the platform causing new forms of exploitation, yet.

Of course we have to be vigilant and make sure that a really powerful platform doesn't take advantage of a workforce that's dependent on it. But at this point in time, I'm more worried about the fact that it has taken the emergence of these platforms for us to notice certain forms of inequality that have existed for decades.

Is there any evidence that some countries might deal better with the protection of the labor force than others?

Certainly. I think there is a wide range of variety in the ways how different countries protect their workforce. The Scandinavian system of "flexicurity" for example is a better government provided safety net than what the United States has. If you're a country of five million people like Denmark, you can do things that a country of three hundred million like the United States can't.

Do countries with a better developed safety net have an advantage?

Yes, I think countries where there's a better developed safety net have an inherent advantage. On the other hand countries like the United States are able to come up with more creative government-market-hybrids.

Take the retirement planning structure in the United States: The individual contributes, the company matches that amount, and the government gives you a tax break. That kind of hybrid structure works really well in the US. If you're a country that doesn't have a strong government provided safety net, but you have a history of these public private partnerships, then you are probably also well suited to take advantage of this new workforce.

What do you believe are the big trends looking forward in the US labor market?

I think we're entering a new phase of organizing economic activity. If I fast forward ten or twenty years, there will still be large companies and a lot of people will have full-time salaried jobs. But I also think a big fraction of the workforce is going to provide independent services and labor in certain ways that are not full-time. They'll work through multiple platforms.

Questions were posed by Jens Korte.