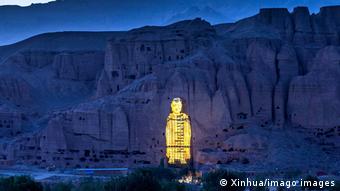 In March 2001, the Taliban blew up the 53-meter-high Buddha statues in Afghanistan's Bamiyan Valley. Despite international protests, the monuments, which are listed as a UNESCO World Heritage Site, could not be saved. Since 2021, the Taliban have been back in power and no one knows if history will repeat itself in this matter. Some want to save culture, others destroy it. We got to the bottom of why and how iconoclasts have been trying time and again for millennia - for religious, ideological or political reasons - to break power structures and attempt to erase memories. 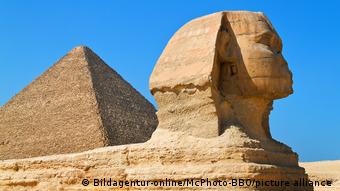 In ancient Egyptian time, pictures and mementos of pharaohs were destroyed or noses of statues cut off. There are omissions in many images from the Roman Empire. The heads were removed from several Greek statues, and naked male sculptures were also not welcome. First the genitals were removed, later on they were covered with the famous "fig leaf". Not only religion stirs up feelings of hatred, but also politics. In the French Revolution of 1789, people manned the barricades for freedom and more rights and toppled the statues of absolutist kings. 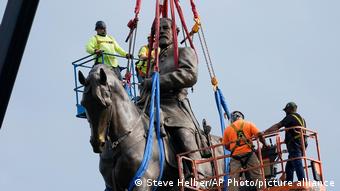 In recent history, the frustration of the "Black Lives Matter" movement has been directed against racism, racist leaders, and its historical models and structures - which prompted the removal of several statues of Southern generals. But there are alternative ways of dealing with this dilemma. The Berlin artist duo Various & Gould used papier-mâché to give a statue of German Chancellor Otto von Bismarck, under whose government Africa was divided into colonies, a darker skin color. 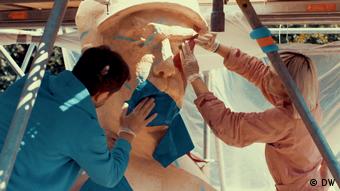 Destroyed Bamiyan Buddha statues come back to life in Afghanistan 12.03.2021

Employees of museums and archaeological sites also need protection in the wake of the Taliban takeover of Afghanistan, says archaeologist Ute Franke.

The documentary "My Childhood, My Country" follows an Afghan who lived in the Bamiyan caves as a young boy and grew up to see the Taliban reoccupy his country.

Twin explosions in the Afghan province of Bamiyan have killed more than a dozen people and injured scores more, officials say. The attacks come as the global community pledges billions in aid for the war-torn country.