How BookTubers are changing book marketing

A whole community of people make videos about books, and they're called BookTubers. Some are very influential - and publishing houses know it. 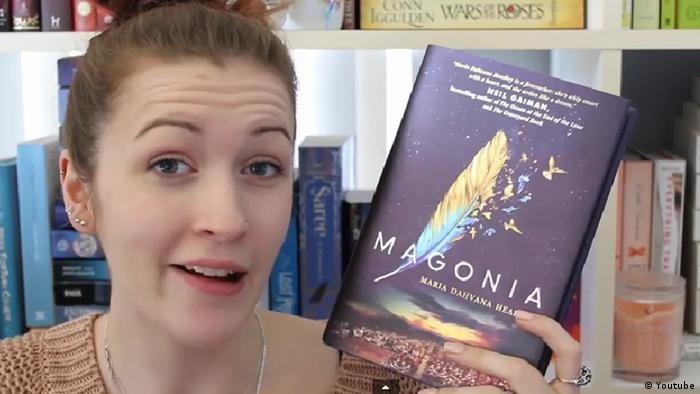 She shows up in front of the camera with her pink dyed hair and starts explaining how she just reorganized her "To Be Reads," - or, better said, her TBRs - by color: pink to purple. She shows the 66 books she just acquired and apparently plans to read, summarizing in a brief sentence what each one is about. Insiders call this a "Book Haul."

She's known as Little Book Owl. Anyone wanting to become a successful BookTuber might be inspired by her style. Her channel already has nearly 132,000 subscribers, so she seems to know a thing or two about what works best. Actually, she readily shares her tips in the clip "How to Booktube."

It's a modern form of word-of-mouth advertising. Most book bloggers are not really into analytical literary criticism, BookTubers even less so. And thousands of people watch their videos.

Germany has its own BookTubing celebrities. Lucie Redhead, for instance, is one of the stars on the lineup of the Cologne Video Days 2015, on August 7 and 8. Although she seems like a one-woman act in her videos, she's supported by a team of people - which is the case for many top Internet stars.

Sara Bow, whose real name is Sara Garic, is a German beauty blogger who gives advice on makeup or fashion on her YouTube channels. She's also been a BookTuber since 2013 - and a very professional one.

Sara has nearly 20,000 subscribers on YouTube, and 3,000 people follow her on Twitter. Working with her is a team of five: a photographer, a cooperation manager, an assistant and two editors. She says she or one of her editors always reads the books before she talks about them in her videos.

"I just have so much fun getting in touch with people online. If I can inspire many people to read, I feel I'm successful at what I'm doing," she explains. 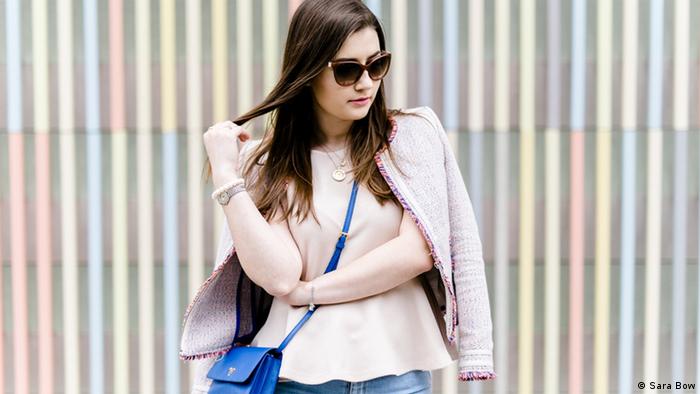 Sara Bow gives her advice on cosmetics, fashion and books

This success pays, too. People in the industry claim that once you reach 100,000 subscribers, you can make a living with a YouTube channel. Unsurprisingly, cosmetics and fashion are more profitable than books however.

Now many publishers have started working with bloggers or BookTubers, just as they collaborate with professional literature journalists. Their target readership is between 18 and 34 years of age.

For German bloggers, Random House even set up its own Blogger Portal in March 2015, where video-bloggers can get review copies. The company also points out its newest releases directly to the top BookTubers.

BookTubers can definitely boost book sales - at least in genres popular among teenagers and young adults, such as fantasy and light novels.

But books are presented on video not only for monetary reasons. A particularly innovative example is "Thug Notes." Produced by the Californian media collective "Wisecrack," it is run by standup comedian Greg Edwards and authors Joseph Salvaggio and Jared Bauer, among others.

"I invented 'Thug Notes' because I noticed there was a gap in YouTube," says Jared Bauer. "There were tons of successful education channels that focus on science and math, but none about the humanities. It's very difficult to make people interested in the arts, especially a young YouTube audience. So how does one make something like 'Great Expectations' interesting? You have to do something radical."

Rap was just the right vehicle for their concept: "Hip Hop is so internationally huge right now that it gives the show another relatable tool to get young people to watch our videos," says the comedian Greg Edwards. "We do a summary and analysis on books in a funny, exaggerated, more relatable way so people will be interested in reading the book and forming their own opinions on the material." Their channel has half a million subscribers.

Expelliarmus! Stupefy! Cruciatus!: These spells have enchanted millions around the world. From 'epic failure' to business-savvy empress of a magical universe, see how Rowling, now 50, further celebrates Harry Potter. (31.07.2015)

Flula Borg uses his atrocious German accent to poke fun at the English language's silliest expressions. That made him a YouTube hero - and got him onto the Hollywood Reporter's list of the 25 biggest digital stars. (17.07.2015)