House of the Three Worlds: An artistic outlet for Nicaraguan youth | Culture| Arts, music and lifestyle reporting from Germany | DW | 22.06.2021

House of the Three Worlds: An artistic outlet for Nicaraguan youth

Once the meeting place of creative artists from Europe and Central America, the "Casa de los Tres Mundos" is now a cultural hothouse for Granada's youth. A patio of the Casa de los Tres Mundos

The Casa de los Tres Mundos — or the House of the Three Worlds — is one of the oldest and most magnificent mansions standing in the center of Granada, Nicaragua.

Its massive colonnaded entrance of light sandstone is a stone's throw away from the Granada Cathedral. Built 300 years ago, the two-story Spanish colonial style residence was previously known as Casa de los Leones or the House of the Lions.

This also explains the two stone lions perched atop columns on both sides of the arched entryway, silently watching visitors come and go.

In the large inner courtyard, oil paintings by local painters hang in the shadows of the surrounding arcades.

A second, smaller courtyard adjoins it; at its center is a fountain shaded by a huge mango tree. A cool respite from the merciless heat outside. 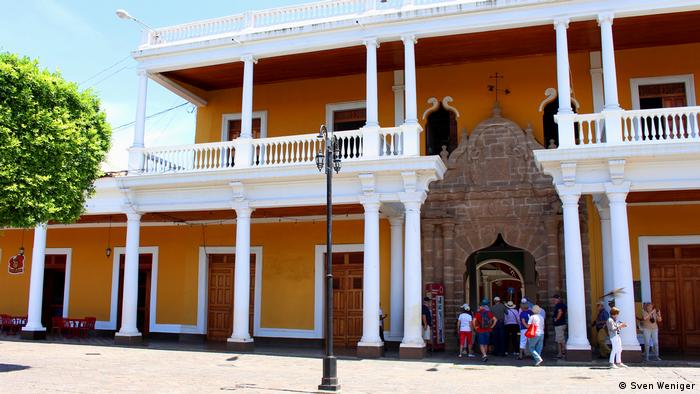 Magnificent example of colonial architecture: the House of the Three Worlds

The actor and the poet

The Casa de los Tres Mundos is a cultural project that was founded in 1988 by Nicaraguan poet and priest Ernesto Cardenal, along with Austrian actor and talk show host Dietmar Schönherr, who became the foundation's vice president and president respectively.

The "three worlds" refers to the mix of the three main cultures — Indigenous, European and African — that are reflected Nicaragua's arts, music, literature, painting and theater, besides its language, customs, and cuisine. 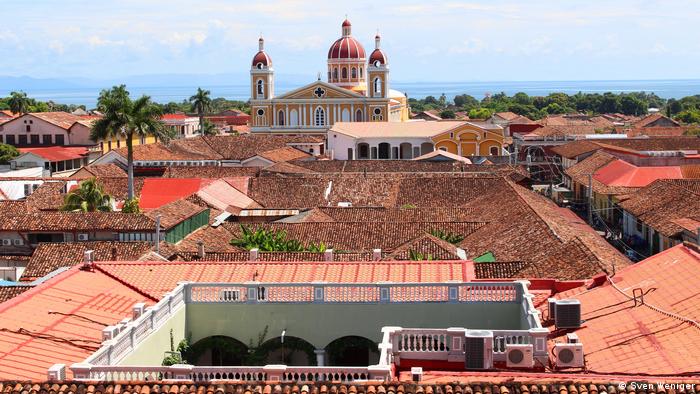 View of Granada Cathedral from the House of Three Worlds

More than three decades later and following the passing of both its founders, the Casa is primarily dedicated to youth work in the region today.

The Casa has undergone an interesting development, says Johannes Kranz. The 48-year-old Austrian is one of its two current directors. In the beginning, he says, it focused on being a meeting point that brought together international artists, intellectuals, writers and musicians to create a vision of new, revolutionary people.

Over the years, it has increasingly evolved into an educational institution, explains Dieter Stadler, a political scientist who has headed the center since its founding.

At the start of the 2000s, its focus on youth work increased following significant budget cuts for education and culture under the government of the time.

Today, the focus is on its music school. Every day, the sounds of various instruments from the rooms on the upper floor carry down to the patio. After practice sessions, the hallways resound with the chatter and laughter of dozens of children streaming out into the open air.

There are also classes for visual arts and theater and the institution offers the youth of Granada and the surrounding areas a platform for poetry and creative writing as well. Kranz and Stadler say that the educational aspect has increasingly been pushed to the foreground. Since Nicaragua's public school curriculum hardly provides for any artistic education, the Casa is filling this vacuum.

It also has its own radio station, Radio Volcán, or "Volcano Radio," which airs daily from 7 a.m. to 9 p.m. and is independently created by the citizens, with the Casa providing the technology. There are reports on religion and domestic issues, sports and pop music for Granada's youth, with listeners being able to call in.

Kranz adds that this has now led to cooperation with other Central American countries, for example in producing videos via mobile phones.

From the start, a partner organization was founded in faraway Europe, namely Pan y Arte, or Bread and Art. It brought together friends and supporters in Germany, Austria and Switzerland. To this day, this foundation channels the donations it receives, enabling the Casa to do its work.

Functioning on an annual budget of only $250,000, the lights would have gone out at the foundation without the Pan y Arte association in Austria and Germany, say Stadler and Kranz. 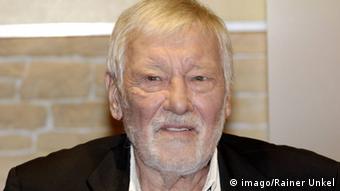 From May to August 2018, there were the protests against pension cuts, which saw the Ortega regime cracking down on protesters.

Granada was not spared this unrest either. Stadler and Kranz say that this was particularly traumatic for the children here. But since the cultural center was not attacked, it was seen as a safe place. Courses continued there as usual and children were thus offered a refuge from the street fighting for a few hours daily.

Thus, even a good 30 years after its founding, the Casa de los Tres Mundos in Granada remains an ever-evolving cultural project that regularly reinvents itself despite a politically precarious environment. A place of both new beginnings and continuity — a development that would certainly have met with its founders' approval.