Japanese carmaker Honda has announced a recall of nearly 5 million vehicles due to airbag issues. This comes one day after similar announcements from Nissan and Toyota. 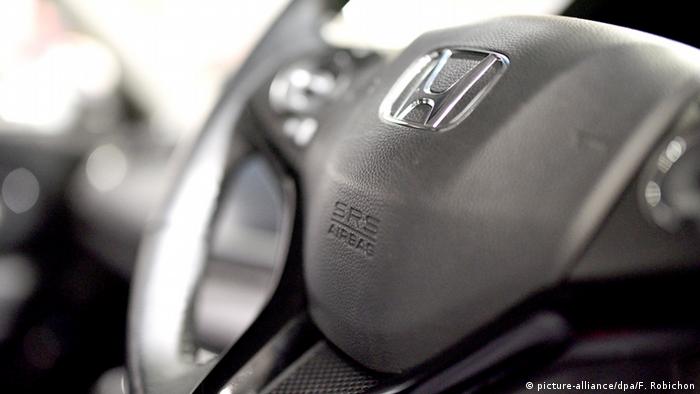 An announcement on Thursday from Honda said the company would be recalling nearly 4.9 million vehicles due to concerns that the installed airbags could explode.

The airbags in question are made by airbag supplier Takata, which has seen its products involved in widespread recalls from several car manufacturers. On Wednesday, Toyota and Nissan announced the recall of more than 6.5 million automobiles worldwide.

A defect with Takata airbags means there is a risk that they can explode, propelling metal debris at the driver or passengers in cars. The shrapnel comes from the canisters that house the airbags. While it is not known exactly what causes the explosion, some suspect the ammonium nitrate used to inflate the airbags. The unstable gas compound can overheat, especially in high humidity.

The latest recall from Honda takes the global total of cars recalled because of Takata airbags to over 30 million. That includes vehicles from at least 10 carmakers, including General Motors and BMW.

Six deaths are thought to be related to the faulty airbags.

Takata began in 1933 as a textile company and evolved into an automotive parts giant that started selling airbags in the 1980s. The company has dozens of plants and offices in 20 countries, including the United States, China and Mexico. It was recently hit with US hits Takata with massive fine over airbag scandalfines in the US over the airbag scandal#.

Honda's president, Takanobu Ito, is set to step down in June after announcing his surprise resignation in February.

Tunisia: Youths clash with police over economic woes 57m ago