′Homophobia in the stands has got worse′ | Sports | German football and major international sports news | DW | 19.05.2014

'Homophobia in the stands has got worse'

After Thomas Hitzlsperger’s coming out it seemed that the taboo nature of homosexuality in football was changing. But has that progress continued? A homosexual youth player talked to DW about his experience. 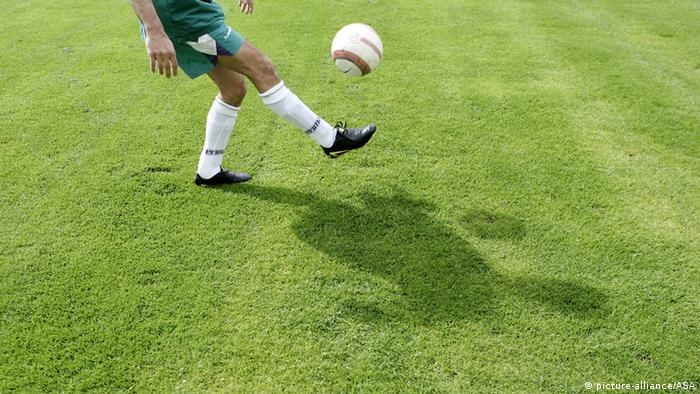 Nico recently played in the U19 Bundesliga. Next season he will probably play for a team in the 2. Bundesliga. This is the reason why he does not want to disclose his surname. He wants to consult with his new club about his planned coming out. We have met Nico for an interview on a training ground on the fringes of the film set of a movie about homophobia in football.

DW:With his coming out in January,Thomas Hitzlsperger wanted to progress the discussion about homosexuality in professional football. What have you made of the situation? 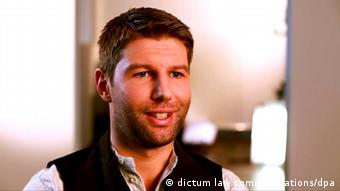 Nico: After Thomas Hitzlsperger's coming out we hoped that there would be some changes, but I think it has become worse. The media had been giving positive reports but you have to differentiate between the media and the situation on the pitch. As a homosexual player, I feel Hitzlsperger's coming out has encouraged the right-wing. Homophobia in the stands has got worse. In the last few weeks, homophobic chants could be heard in Bundesliga stadiums again. Coming out is far more difficult when you are insulted on the pitch.

There are the usual sayings: ‘that was a X pass ‘ or ‘you faggot!' These are things that won't change. But it is difficult to blank out such things when you hear them every day. That's the problem.

They are currently shooting a movie about the problems and challenges of a gay footballer inside the German Football Association (DFB). Parts of the movie are based on your experiences. What are the movie's objectives?

The movie wants to encourage teenagers and to show that you don't have to hide in football. The objective is that people can say: ‘I'm gay. Please accept this – also in the amateur leagues!' The film offers a way of dealing with my situation and encourages those to keep battling.

Can you describe a scene from the movie that you have already experienced?

It happened two years ago. By chance the team I was in found out that I was gay. After a training session I walked into the shower and I realised all of my teammates weren't naked,but were wearing underpants. Of course I was totally shocked, and first I didn't know why. Then I slowly realized: It's because of me. In that moment I thought my career was over. I didn't want to go to training anymore. But after a week I went back to training. By the end of the season though, I was out of contention because I'd been playing badly. Nevertheless, I thought I'd played a good season. That showed me that being gay just isn't accepted in football. And that won't change in the near future.

How did your friends in the team and the coach react to? 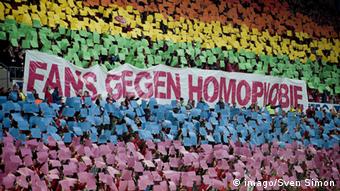 My friends in the team joined the majority, which often happens in football. You don't want to stand alone, you want to be cool and macho. That means you can't support the only one who is not part of the group. In hindsight, my coach didn't react correctly. Maybe he was just unable to cope with the situation. I don't want to point any fingers. But I do think he should have supported me and not just done nothing. He could have spoken out against the management, who were responsible for my departure.

Despite this setback you didn't give up your career as a professional footballer. Why?

That's easy: When you play well in a game and the crowd starts cheering your name, there's no better feeling. It wasn't worth throwing that and ten years of training away just because I like men and not women.

What advice would you give to gay footballers who are currently planning on coming out?

Everybody should know what they want to do. It's easier for me to be open about my sexuality. I want to be who I am. I can't hide all the time. But that is sometimes difficult when you are out in the public. I wanted to decide for myself and I didn't want anyone to find out. There has to be an agreed method. I'm against the notion that people should out themselves simply because they feel now is the time. Everybody has to decide for themselves.

What should change in the football business?

I would like to see more education at clubs. I would like the use of expressions such as ‘faggot' and ‘homo' to be stopped by the coaches at youth level. Homophobic chants from the crowd are something that professional football players have to deal with. This also applies for other issues like racism. For me prevention at youth level is very important. That is where things have to change.

Nico didn't want to talk about his previous clubs and his possible future employer. He is negotiating with two clubs though, and in all probability will play for a 2. Bundesliga team next season. In the long run Nico wants to be openly gay, but he is not sure when and how he will make it public.

The interview was conducted by Guido Vogt.

Homosexuality is a taboo in the soccer world. But when compared with the rest of Europe, Germany appears to be a relatively safe haven for gay players, says Klaus Heusslein of the European Gay & Lesbian Sport Federation. (08.01.2014)

There are more than 20 gay and lesbian soccer fan clubs in Germany promoting tolerance and acceptance. Berlin's Hertha-Junxx were at the forefront. (24.09.2012)