Mummies no longer walk among us, but now we can walk among them — at the Roemer and Pelizaeus Museum in Hildesheim, that is. There, technology is being used to strip away a mummy's layers, uncovering its very bones. 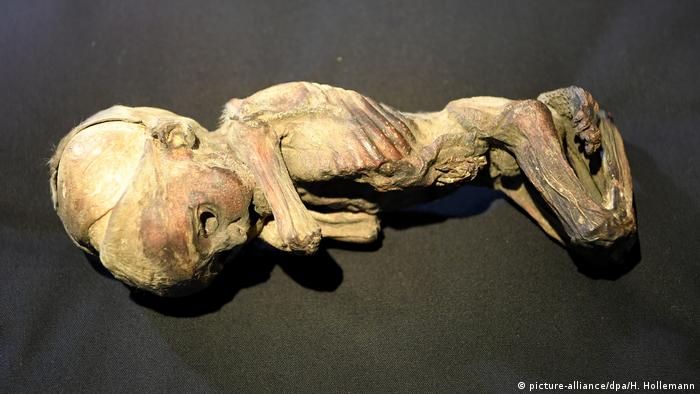 You might have seen a mummy before, perhaps lying under glass in a museum, its skin taut on its bones. But few people can claim to have ever looked inside a mummy.

Starting June 30, visitors to the Roman and Pelizaeus (Roemer- und Pelizaeus) Museum in Hildesheim, a small city in Lower Saxony, will be able to do just that when they visit the exhibition Ta-cheru: A journey in the inside of a mummy. 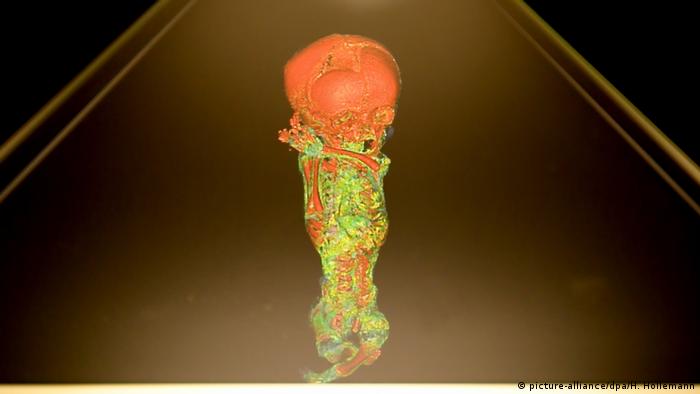 Using high-resolution computer tomography, which produces digital cross-section images, the museum has been able to create 3D holograms of mummies that float in the air, allowing the visitor to examine them from all sides.

The technology allows for an even deeper look, as animated sequences then strip back, one by one, the layers of the mummified figure. Wrappings and bindings, skin, muscle — each layer is peeled away, revealing the finest of details until the skeletal system is finally exposed.

"The visitor gets a deep and real-life glimpse in the inside of a body that appears to be real," the museum said in its exhibition description.

In the case of the exhibition's namesake mummy, Ta-cheru, a 2,500-year-old woman from the ancient Egyptian city of Thebes, even her three remaining teeth and her fossilized skull will be visible, according to an April article in the Hildesheimer Allgemeinen Zeitung.

"Except for at one trade show, this has never been seen anywhere else before," Regine Schulz, the director of the museum, told the paper.

The museum's mummy experts worked with the University of Heidelberg's hospital to create the layered 3D-images. Digital reconstruction was also used so visitors can see the faces of the long-dead individuals on screens. 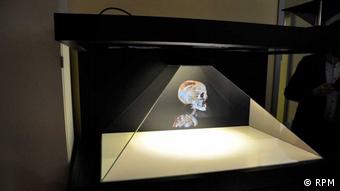 The exhibition also includes displays on how mummy research has changed our understanding of the eras when the individuals lived, as well as further information we could potentially learn from them in the future.

The Roman and Pelizaeus Museum is known for its work with mummies. In 2016 the museum displayed Germany's largest exhibition of mummies, with over 200 exhibits.

Ta-cheru: A journey in the inside of a mummy ("Ta-cheru: Eine Reise ins Innere der Mumie") can be seen at the Roemer- und Pelizaeus-Museum in Hildesheim from June 30 through September 30, 2018.

Ata, Ötzi and Tutankhamun: What's so fascinating about mummies?

Mummies tell us stories of past times, with some going as far back as thousands of years ago. But how does mummification work? And what are the world's most famous mummies? (26.03.2018)