Does he look familiar? The reconstructed face of a 4,000-year-old Egyptian mummy is now on display at a German museum. A wealthy civil servant in Ancient Egypt, he is now one of the world's best-researched mummies. 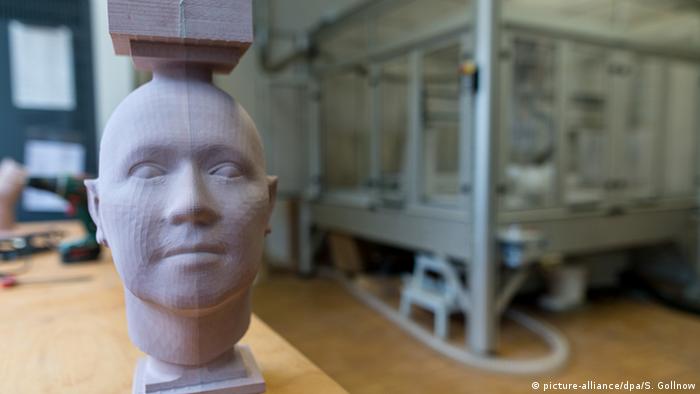 He is known as Idu II, and is affectionately called "Mr. Idu" by the researchers who've studied him for many years.

Now the Roemer- and Pelizaeus Museum in Hildesheim in northern Germany has reconstructed the face of the man who worked for Pharao Pepi around 2200 BC. A digital representation of his face goes on display Friday as part of the exhibition "Mummies of the World" that runs through August 28.

A three-dimensional model of Idu's face has been cast, but still needs to be painted before going on permanent display in the museum. 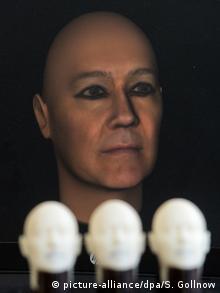 The digital rendering is now on display in Hildesheim

With the life-size version of the mummy's head "we are going back 4,000 years," Egyptologist Oliver Gauert said Friday while presenting the foam version of the head in Hildesheim. "You can look a person in the face."

Idu II was a governor in Ancient Egypt. Researchers have concluded that he was 1.66 meters (5.44 feet) tall. He is also said to be right-handed and not muscular. As a welcome importer of wood from Lebanon, he was able to afford a coffin made out of cedar wood.

The Idu's burial chamber was discovered in 1914 by Wilhelm Pelizaeus, who co-founded the Hildesheim museum.

Roemer- and Pelizaeus Museum, which maintains one of the most significant Ancient Egyptian collections in the world, plans to create a separate exhibition room to display the mummy, the reconstruction of his head, and the treasures that were found with him in his grave: a head rest, numerous staffs, shell dishes and pieces of gold jewelry. 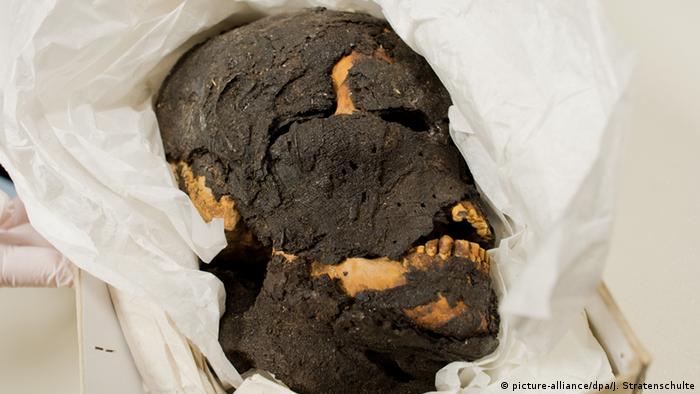 A Mayan ruler was once thought to have been buried at the control center of a spaceship. Now, researchers have found that he's buried above a canal system, which would carry him down to the underworld. (26.07.2016)

While no giants have been found, archaeologists have uncovered a Philistine cemetery in Israel. Hailed as an exceptional find, the 3,000-year-old bones and artifacts reveal how the people lived. (11.07.2016)

Authorities in Israel have announced the discovery of an ancient human settlement in Jerusalem which is thousands of years old. The historic site was found while authorities were doing roadwork. (17.02.2016)

Is Nefertiti hiding in the Valley of Kings' secret chambers?

Skeletal remains, belonging to a person buried sometime between 800 and 1200 AD, have been found by an excavation team near Peru's capital.

A human-shaped lead sarcophagus found beneath the floor at the fire-ravaged Notre Dame Cathedral in Paris has generated much speculation about its contents.