A court in the German city of Kassel has allowed three Holocaust survivors who worked in Jewish ghettos to claim old-age pensions, paving the way for thousands of Nazi victims to demand similar compensation. 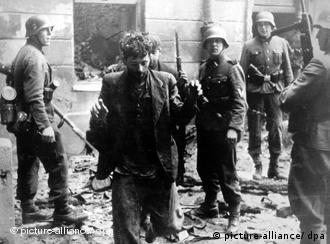 In an unprecedented ruling, the Federal Social Court in the western German city gave the green light to three Jewish claimants, two men and one woman all over 80 years old, to claim the pensions.

Judge Ulrich Steinwedel said the cases "stemmed from the darkest chapter of German history and couldn't leave anyone unmoved."

During World War II, the three claimants were confined in ghettos -- cordoned-off zones in eastern European cities where Jews were corralled by the Nazis before being sent to death camps -- in present-day Poland and Belarus.

During that time, the claimants worked in the German army postal service, a leather factory, and the state-owned Hermann Goering industrial group. They were given meals at work, some food to take home or ration coupons, and occasional cash gratuities.

Pension claims of Jews who worked in ghettos under the Nazis have been the subject of a long-running legal battle in Germany.

In 1997, the Federal Social Court in Kassel ruled that Jews who had worked in ghettos during the Nazi era could claim old-age pensions. In 2002, the German parliament passed a corresponding law. 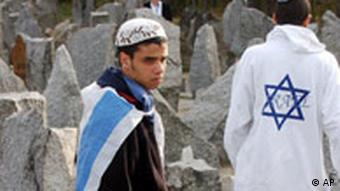 The ruling has been welcomed by Jewish groups

But in the following years, pension scheme providers in Germany rejected more than 90 percent of claims, arguing that the claimants did not fulfill the conditions laid down in the law that qualified them for pension payouts.

One of the main problems, they said, was the fact that the workers in the ghettos did not receive conventional wages from the German occupiers.

But on Monday, the judges ruled that a proper work relationship existed between the Jewish workers in the ghettos and their Nazi employers even when it was forced and when the sole remuneration was in the form of food or hand-outs, regardless of their value.

According to media reports, Monday's ruling could cost pension scheme providers in Germany an estimated 2 billion euros ($2.9 billion), with thousands of affected people potentially receiving a monthly pension of 150 euros. It's also expected that formerly rejected claims could be reassessed.

In a series of cases in recent years, elderly Holocaust survivors have won life-long pensions, not like the lump-sum compensations previously paid out by the German state to former slave laborers.

Monday's ruling has been welcomed by Jewish groups and by lawyers representing the claimants.

"The ruling corresponds to the spirit of the law and gives many Holocaust survivors whose claims were rejected by pension fund providers a bit of justice," Georg Heuberger of The Jewish Claims Conference Germany said.

The Second World War began with the Nazi invasion of Poland on Sept. 1, 1939. Nearly 70 years later, a new exhibit in Berlin's German Historical Museum focuses on the rocky history of German-Polish ties. (28.05.2009)

The Polish government is calling on other countries to help support the newly-founded Auschwitz-Birkenau foundation, which hopes to raise 120 million euros to maintain the site of the former Nazi death camp. (30.04.2009)

The video testimonies of nearly 600 survivors of the Nazis' vast forced labor program went online this week as part of an Internet archive to help better understand history as fewer survivors live to tell their stories. (23.01.2009)