Tens of thousands in Japan have marked the anniversary of the nuclear bomb attack on Hiroshima, praying for nuclear disarmament. The Hiroshima bombing was and still is the deadliest wartime attack in history. 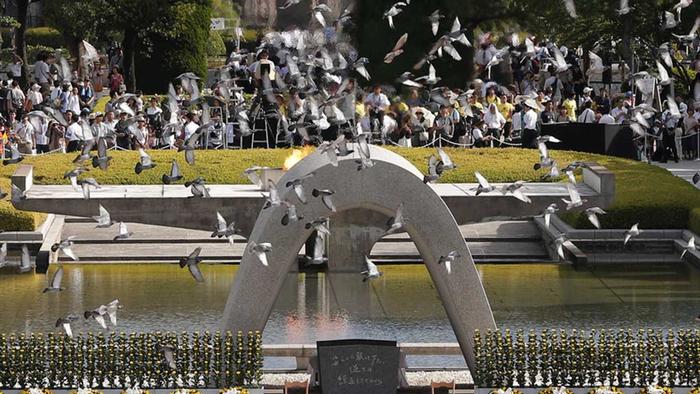 An estimated 50,000 people gathered at the Hiroshima Peace Memorial Park to mark the 67th anniversary of a nuclear explosion that killed an estimated 140,000 people within two months. Tens of thousands who survived the blast later died of illnesses potentially linked to radiation sickness.

A US B-29 bomber, the Enola Gay, dropped an atomic bomb that destroyed practically everything within a 1-mile (1.61-kilometer) radius of the impact site, and inflicted heavy damage over an estimated 4.4 square miles of the city. The bomb, whose active ingredient was uranium-235, was called "Little Boy." Japanese officials estimated that 69 percent of the city's structures were destroyed.

The Hiroshima anniversary was commemorated in Japan

Hiroshima's mayor Kazumi Matsui said Japan must continue to lead nuclear disarmament efforts around the world, while Prime Minister Yoshihiko Noda urged people not to let the lessons of Hiroshima be forgotten.

Roughly 700 people took part in a rally specifically opposing nuclear power, following the meltdowns at the Fukushima Daiichi power plant last year. The power plant's cooling systems were badly damaged in the earthquake-induced tsunami of March 11, 2011, leading to failures at several reactors. The tsunami itself left 19,000 people dead or missing. 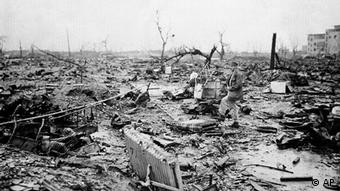 The blast decimated the majority of the city

The US dropped a second atomic bomb on the city of Nagasaki, to the south-west of the main Japanese islands, three days later on August 9. Japan officially surrendered on September 2, 1945, with the extent of the atomic bombs' influence on this move contested to this day. Allied forces have long argued that the bombings saved lives by prompting a swift surrender rather than protracted conflict over the archipelago.

Despite the development of massive nuclear arsenals in several countries in the subsequent decades, especially in the US and the former Soviet Union during the Cold War, atomic weapons have never been used on population centers since the 1945 attacks on Japan.