High-tech subs a last pillar of German shipbuilding | World | Breaking news and perspectives from around the globe | DW | 05.06.2012

Recent reports of Israel outfiting German-made submarines with nuclear weapons have put the German sub industry in the spotlight. DW takes a look at one of Germany's most succesful vessels, the cutting-edge U214. 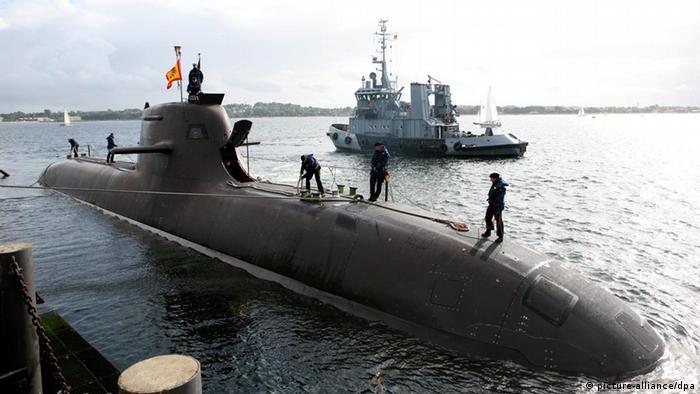 In late 2010, Greek Finance Minister Evangelos Venizelos excused himself just before he was scheduled to receive a submarine worth several hundred million euros on behalf of Greece. Venizelos may not have been in the mood to celebrate, given that Greece could scarcely afford such expenditures.

In Venizelos' place, the head of the Greek navy visited shipbuilding company Howaldtswerke-Deutsche Werft in Germany to accept the boat. It was the first of six total submarines Greece has contracted from Germany. The others are slated to be built at a Greek dock. The contract for the vessels was settled before Greece's financial woes hit the headlines. 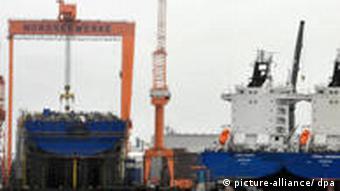 With the U214 submarine, holding company Thyssen-Krupp Marine Systems (TKMS) in Essen, Germany has created a hot model for international buyers. Along with Greece, countries including Portugal, Turkey, Israel and South Korea have placed orders from TKMS. A deal with Pakistan, however, fell through.

Each country has its own reasons for purchasing the U214, known for its air-independent propulsion system that lets the vessel stay underwater for weeks at a time. In contrast, diesel submarines must regularly surface in order to take in fresh air for their motors.

Until recently, air-independent propulsion was only available in larger atomic submarines capable of carrying around 130 crew members. In comparison, the smaller, more conventional U214 can hold 27 crew.

"The limits for underwater cruising are now mostly determined by the crew, their provisions and their arms," said marine strategy expert Jürg Kürsener, editor-in-chief of the Military Power Revue, a publication of the Swiss army.

The submarines are vital to Germany's shipbuilding industry. With the manufacture of traditional freighters having shifted to China and South Korea, the subs along with cruise ships are one of the last pillars of Germany's shipbuilding industry. Since the construction of vessels in Germany is only profitable within niche sectors, TKMS has sold its civilian division to an investor group.

The firm now wants to focus exclusively on building vessels for military purposes. Above all, it is the U214 sub that is generating good business. Turkey's order for six submarines will secure jobs for years. And Germany's navy is also building up its submarine fleet. In a way, the 3,700 employees at TKMS are dependent on government money. Ships for the German military and for Israel are largely paid for by Berlin.

The U214's strong sales in spite of the economic crisis are not only thanks to Berlin. Submarines are by no means a relic from the Cold War, but are increasingly important for military strategy. 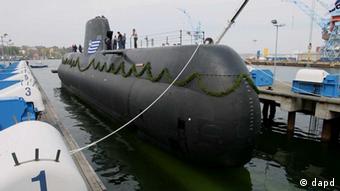 The U214 submarine is in high demand despite the financial crisis

"They guard ports, protect cargo vessels or can spy on the communications of another country," said Kürsener.

The latest models of subs are continuously being adapted to the wide range of tasks performed by the German navy. For instance, the vessels are expected to soon be able to launch drones or guided missiles.

For NATO partners stuck in economic difficulties, such expensive technical features might be too costly. The submarine sold to Athens might not even stay in the Greek navy for long. Greek politicians are thinking of selling the expensive, cutting-edge vessel to another navy.

The German news magazine Der Spiegel has published a report that claims submarines purchased by Israel from Germany are being armed with nuclear weapons after their delivery. (03.06.2012)

President Joachim Gauck is on a state visit to Israel, where he will touch Israeli hearts, says Foreign Minister Westerwelle. But even so, German-Israeli relations have never been easy. (28.05.2012)

The five permanent members of the UN Security Council are the world's biggest arms exporters. Can they be expected to guarantee security? Amnesty International highlights the contradiction. (24.05.2012)