The long-awaited trial of defendants implicated in the phone-hacking scandal that spelled the end for British tabloid News of the World has begun in London. The court case could run for half a year. 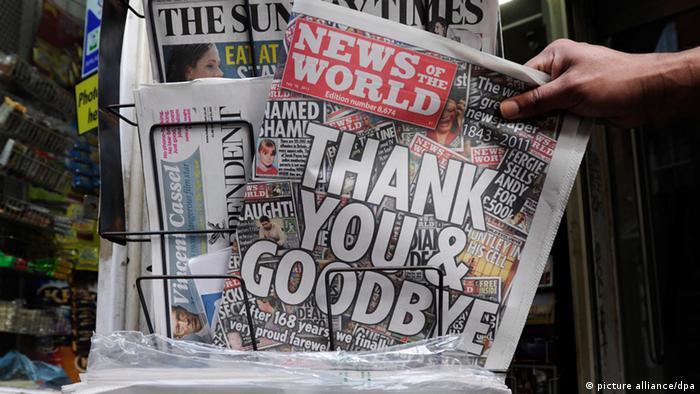 Altogether eight defendants are facing a jury for the first time over the scandal that broke two years ago, rocking the very foundations of the British press world and establishment.

The defendants, who include Rebekah Brooks and Andy Coulson, both former editors of the now defunct News of the World, have been charged with illegally accessing mobile phone voicemails of politicians, celebrities, as well as crime victims and ordinary people, in order to secure exclusive reports.

They deny all charges.

The scandal erupted in July 2011, when it was revealed that the News of the World had hacked the voicemails of Milly Dowler, a missing 13-year-old girl who was later found murdered. The furor led to media magnate Rupert Murdoch closing down the newspaper in disgrace in 2011.

More than 125 people have been arrested and more than 40 charged with offenses connected with the scandal.

The involvement of Andy Coulson, who was media chief in the team of Prime Minister David Cameron from 2007 to 2011, meant that the scandal reached the highest level of British politics.

Coulson, who left the News of the World in 2007 to become Cameron's communications chief, resigned from the post in 2011, saying the issue had become a distraction for the government.

The trial was originally scheduled to last four months, but its complexity could mean it runs for six months.

The first day of the trial is likely to be taken up with jury selection and clarifiying the charges.

The prosecution's opening statement is not expected until later in the week.

Britain's newspaper industry is fighting the introduction of tough regulatory proposals in the wake of the Leveson Inquiry.