Lebanon's new government - with its Hezbollah alliance majority - is already causing concern with regional and international powers waiting to see in which direction the militant group may lead the country. 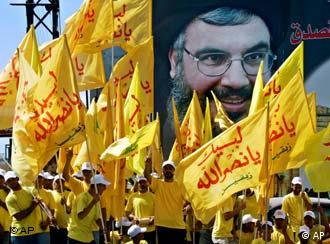 Hezbollah's steady rise to the pinnacle of Lebanon's political power structure was confirmed this week when new Lebanese Prime Minister Najib Mikati announced a new government which is dominated by the Iranian- and Syrian-backed militant group.

The billionaire Sunni businessman will lead the 30-member cabinet in which Hezbollah and its allies hold the majority after five months of stalemate in Beirut. The 'March 8' alliance holds 18 seats while the other 12 portfolios are divided between the parties of Mikati, President Michel Suleiman and Druze leader Walid Jumblatt.

The new government finally fills the power vacuum created by the collapse of former premier Saad Hariri's cabinet in January when Hezbollah walked out on the fragile coalition over Hariri's refusal to disavow the Special Tribunal for Lebanon's (STL) investigation into his father's assassination.

The Netherlands-based STL is expected to indict members of Hezbollah over the 2005 killing, a move which angered the militant group.

With Syrian President Bashar al-Assad facing an unprecedented challenge to his leadership, Hezbollah's expanded influence in Lebanon may provide Assad with a much-needed ally and one he may not hesitate to exploit.

However, Doreen Khoury, program manager at the Middle East Office of the Heinrich Böll Foundation in Beirut, believes that a Hezbollah majority in government doesn't necessarily guarantee support for Assad's crackdown. 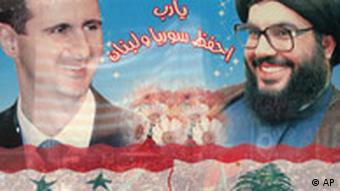 Assad may not get the support he hoped for from Hezbollah

"There is a school of thought in Lebanon that says that that the Lebanese should show support and solidarity with the Syrian uprising, especially since many Syrian intellectuals bravely supported the Lebanese uprising in 2005 following Hariri's assassination and called for the withdrawal of Syrian troops from Lebanon," she told Deutsche Welle.

"A democratic Syria next door is the best guarantee for Lebanon's independence and sovereignty."

Dr. Kristian Ulrichsen, a Middle East expert at the London School of Economics, believes that the situation in Syria offers Hezbollah an opportunity to demonstrate its maturity and its moderation and provides it with a major test of its new-found responsibilities.

Ulrichsen also believes that Hezbollah's majority won't mean that Iran will have things all its own way either when dealing with Mikati's cabinet.

"If the Hezbollah-majority government is anxious to demonstrate its autonomy from Tehran and its status as a local actor then it would not benefit Tehran's regional agenda," Ulrichsen told Deutsche Welle. 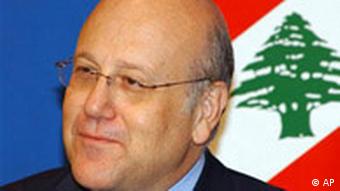 "Throughout the Arab world, Shiite organisations have demonstrated that they are primarily domestic actors with local points of reference. Hezbollah is part of this trend and I expect it to illustrate that the popular myth of a 'Shiite crescent' running from Lebanon through an arc to Iran is just that - a myth."

While the Hezbollah-led 'March 8' alliance is certainly close to Shia Iran, the centrists in the new cabinet have good relations with the Sunni monarchies in the Persian Gulf. Mikati, who is a Sunni, will feel specific pressure from Saudi Arabia which will be very wary of a growing Iranian influence in Lebanon and who acted decisively to prevent it spreading in Bahrain earlier this year.

"The tricky question is how this government will position itself in the regional stand-off between Iran and Saudi Arabia," Doreen Khoury said. "To what extent is this Mikati's government? To what extent will Hezbollah dominate the regional agenda? All this will depend on the 'deal' struck between Mikati and Hezbollah which put him in power; is it the economy for Mikati and foreign policy for Hezbollah?"

Western powers are also less than enthusiastic about Hezbollah's rise to power.

The US, which lists the militant group as a terrorist organization, said that it would judge the new government by its actions but hoped that the new Lebanese government would abide by the country's constitution, renounce violence and live up to all its international obligations. 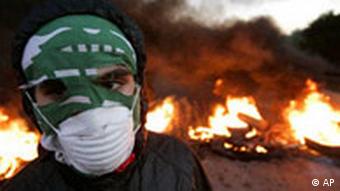 Hezbollah's militancy is a problem for Western powers

Meanwhile, the European Union has urged the new government to honor its commitment to the STL and ensure the security and stability of the country with respect for the state of law, the constitution and the neutrality of the state.

Mikati has already assured the international community that there would be no radical shift in policy. However, despite his role as leader of the cabinet, the new prime minister may not be in a position to guarantee that.

"Mikati has repeatedly stated that his government will not work against the international community - but the balance of power in the government means that this will not be easy," Khoury said.

"The outcome will have a big effect on, for example, whether the US will continue to send foreign aid to Lebanon. And it could adversely affect relations with the Gulf nations, which have already been partly damaged by Hezbollah's declared support for the Shiite opposition in Bahrain, and allegations of political activity in the United Arab Emirates."

Lebanon at a crossroads

When considering its place in the world and what direction it takes, Doreen Khoury says that the new Lebanese government will face some tough questions as the Middle East continues to change around it. 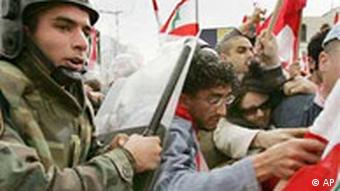 The new cabinet takes charge at a time of great upheaval

"The government will have to ask itself whether it is wise to ally itself with any regime that no longer has legitimacy, in a region where most Arabs are rejecting dictatorships," she said.

According to Ulrichsen the Hezbollah-led government should be given the chance to show that it can govern and become a more moderate, mainstream political force the West can work with.

"[The international community] must work with actors that it has previously been unwilling to engage with," he added.

Lebanon has been thrown into a political crisis after Hezbollah ministers quit the government in protest of the UN probe into the murder of Lebanon's ex-premier Rafiq Hariri. The move could spark sectarian unrest. (13.01.2011)