Hermann Parzinger on Palmyra: ′Only UNESCO and Syria should take the lead′ | Culture| Arts, music and lifestyle reporting from Germany | DW | 02.06.2016

What will happen to Syria's cultural sites after the war? As international experts make an action plan in Berlin, heritage expert Hermann Parzinger tells DW what Germany can offer and warns against unilateral action. 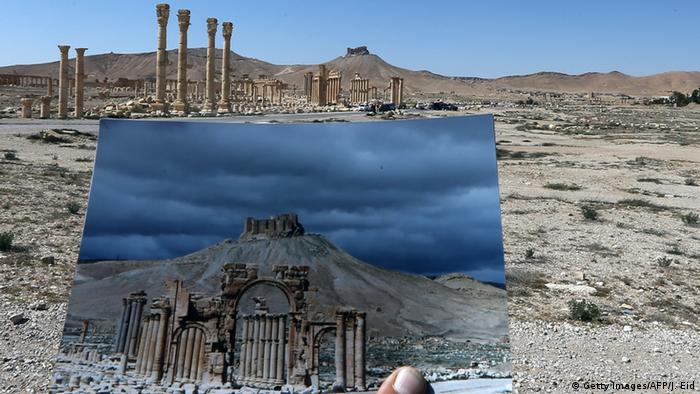 As war in Syria continues, international cultural experts are already planning the conservation and reconstruction of its cultural treasures when peace finally arrives. From June 2-4, 170 experts from all over the world have been invited by UNESCO and the German government to discuss a plan of action for protecting Syria's cultural heritage.

Preserving the culturally significant sites in the war-torn country will ensure Syria's cultural heritage and strengthen cohesion within Syria, says German Minister of State Maria Böhmer. DW spoke with Hermann Parzinger, president of the Prussian Cultural Heritage Foundation, one of the main German organizations involved in supporting preservation efforts in Syria, about what can be done even before the war ends - and why teamwork is crucial. 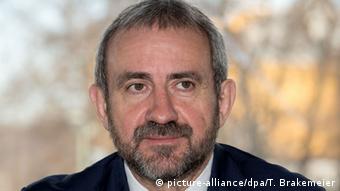 DW: Professor Parzinger, war is still being waged in Syria. Why do we need a conference on preserving Syria's cultural heritage?

Hermann Parzinger: We most definitely need this conference because we must start developing a plan of action for when the war comes to an end. There is a lot that can be done already, like training museum experts and restorers, but also preparing infrastructures.

The most important question is how to deal with rebuilding. We know that the most significant buildings in Palmyra have been demolished. What possibilities of reconstruction are there? Syria has traditionally had close ties to Germany, but other countries like France and Italy have also worked in Syria. It's about concentrating our international efforts. 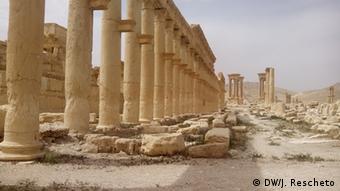 Ultimately, there must be a continuation of UNESCO's action plan for Syria that takes the time after the war into account.

Russian President Putin has put on concerts in Palmyra; 3D documentation technology is being used in the UK. At the moment it seems like an international race to save Syria's cultural heritage is taking place. Is that the case?

First of all, this race is a good thing. It would have been desirable to have in other crisis regions. That's why it's important that all those involved come together in Berlin to jointly develop an action plan under UNESCO's leadership and not unilaterally.

Will Germany take the lead here in Berlin?

We certainly play an important role. The German Archaeological Institute has been excavating in Syria for decades. But we are not aspiring to a leadership role. We need to work collaboratively with all the others.

Unlike Germany, Russia doesn't seem to be so reserved. According to Syria experts we've spoken with, Russia is claiming a leading role in Palmyra. The State Hermitage in St. Petersburg comes up again and again in this context. Do you think they can manage such an advanced archaeological task?

The State Hermitage has been an important partner of ours for decades. As an archaeologist, I excavated a Skythian royal grave together with colleagues from the State Hermitage. Our aim must be to talk about what Germany and Russia can do together in Syria. That will also be on the agenda at the Petersburg Dialogue [Eds: a bilateral discussion forum between Germany and Russia] to be held in July.

It's important to include the Russian colleagues in an international plan of action. It's not about leadership roles. It may be that there are particular political preferences, but if UNESCO wants to remain credible, it will have to take on the leadership role together with Syria.

Does that mean that you would be opposed to Russia taking the lead, or would you accept their leadership if necessary?

I don't think that anyone should take on a leadership role. That's something that only UNESCO and the Syrians can do.

What is the ideal plan for Palmyra? Some say - including the Russians - that Palmyra should be turned into a kind of Disneyland with copies of its lost architectural treasures. Is that your vision for the city?

Disneyland would be terrible of course. But reconstruction doesn't automatically mean it will turn into Disneyland. I also think it would be completely absurd to say the rubble should just be left there as a memorial. Then we would be turning the future images of Palmyra over to the "Islamic State." That is ignoble in a civilized world. 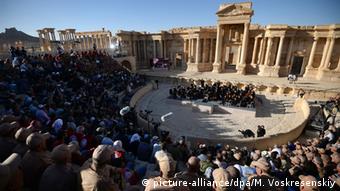 I've seen pictures of the demolished temple buildings. I think that a lot a reconstruction can be done with what's left of the original. And if missing pieces need to be added on according to modern techniques, as we did in Berlin's New Museum, then it becomes a kind of memorial. I think we should attempt this.

How can Germany and the Prussian Cultural Heritage Foundation in particular contribute to the work in Syria? What are our strengths?

We have a lot of experience in Syria due to the excavations by the Near East Museum. And don't forget - we in Germany have personal experience with destruction, the plundering of cultural collections and the bombing of the museums. With the Museum Island in Berlin, we are still working through 40 years of division in Germany and the effects of the Second World War.

We also have a great deal of skills in museums that we can offer, from restoration and conservation techniques to the documentation of Syrian cultural sites.

What can we expect from the conference?

I hope to see results in important areas like reconstruction, damage documentation, capacity building and banning illegal trade of artifacts, and hope that these results can be taken into account in the report that will form the basis for UNESCO's plan of action. All the participants will have to endorse it and offer funding after the war is over.

Syria: 'Many assumed that the situation would improve'

Peace in Syria is once again on the table. Until now, no conference has managed to find a long-term solution. According to Middle East expert Bente Scheller, that's because President Bashar al-Assad is playing for time. (16.05.2016)