The New York Fire Department announced the crash landing and said there had been one fatality. The accident occurred in wet and foggy conditions. 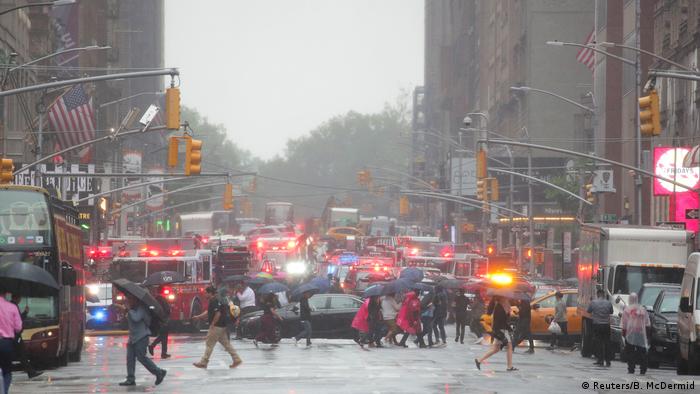 A helicopter crashed into a building on 7th Avenue in New York, killing the pilot on Monday afternoon.

The New York City Fire Department (FDNY) said on Twitter that they were attending the scene of a crash landing in Manhattan.

Smoke was seen billowing out from the rooftop of the building, but the fire was soon brought under control by the emergency services.

"The fire has been extinguished. There is currently one fatality reported," tweeted the FDNY.

The exact cause of the accident is not yet known but New York Mayor Bill de Blasio said it "could have been a much worse incident."

The mayor was at the scene when he said: "There were no other injuries that we know of at this point in time to anyone in the building or on the ground. Thank god for that."

The pilot was the only person on board the helicopter, according to US aviation authorities.

De Blasio was keen to stress there were no reasons to believe this was a terrorist attack. "There is no indication at this time that this was an act of terror," he said. "And there is no ongoing threat to New York city based on all the information we have right now." 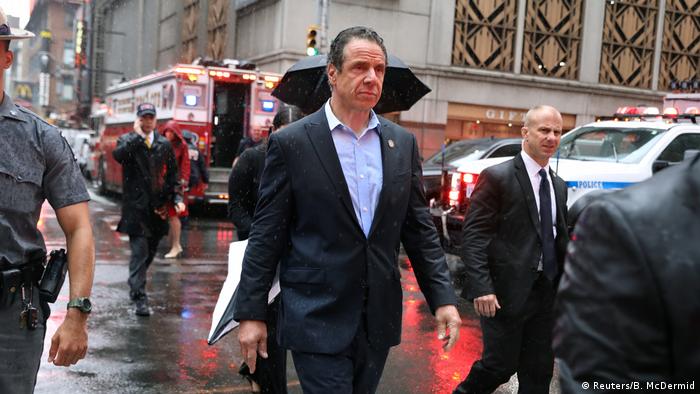 The building in question, the AXA Equitable Center, a 752 foot (229.3 meter) skyscraper, was evacuated as a result of the crash.