A tale of hysteria and the abuse of power. Although set in the pre-digital world of the 1970s, the book remains topical as it tells its story of lies, treachery and hounding by the media. 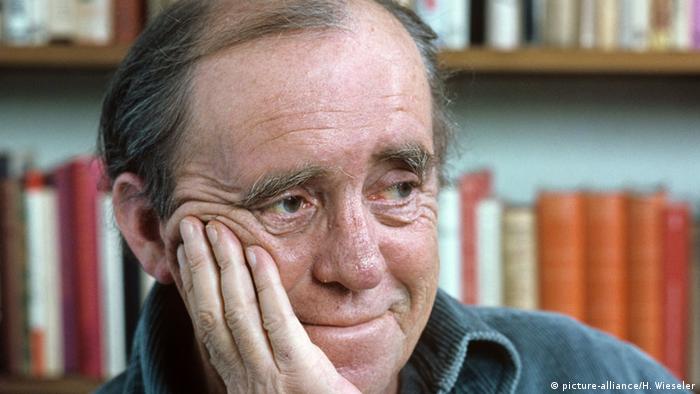 Loads of insults were hurled at Heinrich Böll. Labeled a terrorist-sympathizer, the writer was even compared to Hitler's Minister of Propaganda, Joseph Goebbels. In an obituary about Böll's death, it read: "That he was a good man damaged his literary reputation."

What Heinrich Böll actually was: The symbolic figure of a dedicated writer who got involved and provided commentary on societal issues — and who had a decisive influence on the Federal Republic of Germany after the war. Considered a moral authority, Böll worked together with contemporaries like Günter Grass and Martin Walser, writing against the silence surrounding World War II. The three accompanied the rebellion of the 1968 generation. And in its wake, they wanted to understand the motives of leftist terrorists, classifying them or — as their critics said — "downplaying" them.

'The Lost Honour of Katharina Blum' by Heinrich Böll

To understand the background and discussion surrounding his most successful literary work, it's not unimportant to know Heinrich Böll's role and the circumstances of his time. The Lost Honour of Katharina Blum was published in 1974, two years after Böll received the Nobel Prize for Literature. To date, more than four million copies have been sold in Germany alone.

A diatribe against sensational media

In the English edition of the book, there's a full disclosure in the foreword that is not unlike that found in other works of fiction: "The characters and action in this story are purely fictitious…" And yet, in the German version, the writer goes one step further, noting that if the portrayals of particular journalistic practices sound familiar to the practices used by the Bild newspaper, that is because they came about neither intentionally nor coincidentally, but because they were impossible to avoid. 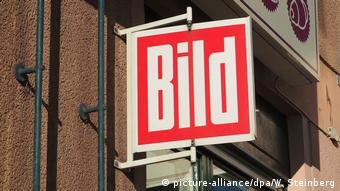 Prior to the book's publication, Böll and his family had been in the crosshairs of a search for a terrorist suspect. Afterward, they were falsely accused by the largest German tabloid newspaper, Bild, of glorifying violence and possible complicity in the planning of attacks.

In an afterword released ten years after the book's original publication, Heinrich Böll wrote that he sees his narration as a "narrative pamphlet," a polemic about the sensational journalism of the 1970s. But The Lost Honour of Katharina Blum is much more than that.

The story of the young Katharina Blum is laid out like a factual report, sober and withdrawn in its language.

Böll describes how a hitherto irreproachable woman becomes a victim of the tabloid press because she spent a night with a man who is wanted by the police. The ZEITUNG, as the newspaper of the novel is called, presumes that Katharina Blum is cold and calculating, a terrorist bride who has allowed her lover to flee, knowing that he is accused of murder. Increasingly, a greasy reporter invades the woman's private life, villifying her to her neighbors, compromising them to assert bold lies in the newspaper.

In the heated atmosphere of the '70s, Katharina Blum gets obscene, hate-filled phone calls and letters. When Katharina's gravely ill mother is made to confront the allegations against her daughter while in the hospital, she dies. Out of rage and despair, Katharina kills the responsible reporter.

One could label The Lost Honour of Katharina Blum a revenge novel, as the twisted fantasy of a novelist who was himself the victim of a media campaign. But that doesn't explain the book's continuing success even through today; it's been filmed for both German movie theaters as well as for American television.

Böll succeeds in demonstrating through the plot how language can be manipulated—  and how it manipulates. In an interrogation with prosecutors and the investigating commissioner, for example, Katharina Blum insists on subtle differences in terminology.

"A regular argument as to definition ensued between her and the public prosecutors, and between her and Beizmenne, with Katharina asserting that 'becoming amourous' implied reciprocity whereas 'advances' were a one-sided affair, which they had invariably been. Upon her questioners observing that surely this wasn't that important and it would be her fault if the interrogation lasted longer than usual, she said she would not sign any deposition containing the word 'amourous' instead of 'advances.' Similar arguments ensued over the word 'gracious,' as applied to the Blornas. The record contained the words 'nice to me.' Blum insisted on the word 'gracious,' and when the word 'kind' was suggested instead, 'gracious' being considered somewhat old-fashioned, she became indignant and declared that 'niceness' and 'kindness' had nothing to do with 'graciousness'." 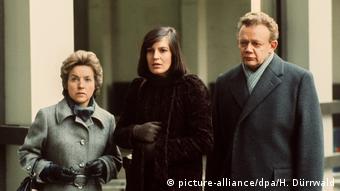 The Lost Honour of Katharina Blum was a major success for Heinrich Böll. In the weeks following its publication, some newspapers took advantage of the political opportunism to not print the bestseller lists — because the book and its writer were at the top. Böll's writing hit people where it hurts. And it continues to inflict pain even today. In the internet age, it's not just about one particular newspaper. But the misuse of language and the slander of particular individuals is something that we continue to experience every day.

Heinrich Böll (1917-1985) was one of the most important writers of the German post-war period. In 1972, he received the Nobel Prize in Literature for his "contemporary historical vision combined with sensitive empathy." His most famous novels include Billiards at Half Past Nine, Clown's Views and Group Portrait With a Lady.