Hegel: The philosopher who viewed history as inevitable progress

For German philosopher Georg Wilhelm Friedrich Hegel, life was a process of constant change. The father of the "zeitgeist" was born 250 years ago. 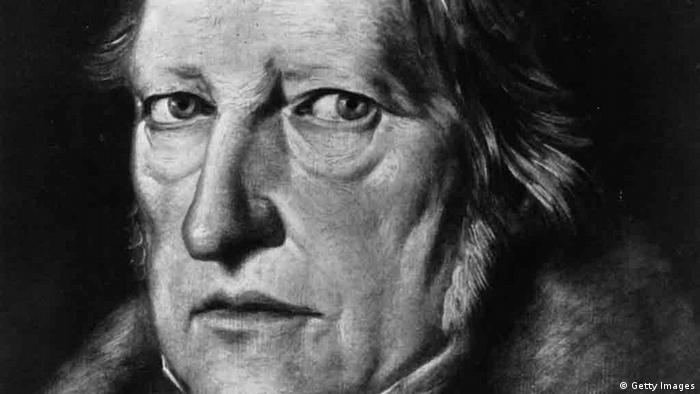 Georg Wilhelm Friedrich Hegel, the German philosopher who would go on to be one of the most famous thinkers of his era, was born on August 27, 1770, in Stuttgart, in southwest Germany. His parents practiced Pietism, a Lutheran reform movement that emphasized personal religious experience.

Hegel, who showed an affinity for math and Latin, was at the top of his class in school. His parents hoped he would become a priest and sent him to university in nearby Tübingen, where he studied philosophy and Protestant theology. 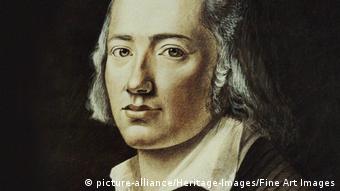 His roommates at the university seminary were the future philosophers and writers Fredrich Hölderlin (1770-1843) and Friedrich Wilhelm Joseph Schelling (1775-1845). The three young men would wake up at 4 a.m. to debate each other. Whoever overslept had to give up their ration of wine as a punishment.

While Hegel was at seminary, the French Revolution broke out. He celebrated the political upheaval without being a militant revolutionary.

After his studies ended, Hegel was plagued by money problems. He tutored privately and wrote journalistic texts until 1805, when he became a professor. Meanwhile, he also worked on his own writings.

His scholarly career got off to a late start, and he also married late. He was not known to attract people based on his outward appearance; he was perpetually frowning, had an unforgiving penetrating gaze, and is said to have expressed himself uncouthly in the vernacular dialect of the region rather than formal German.

Hegel's handwriting was also considered difficult to decipher — another reason why his theory yielded very different interpretations to this day. 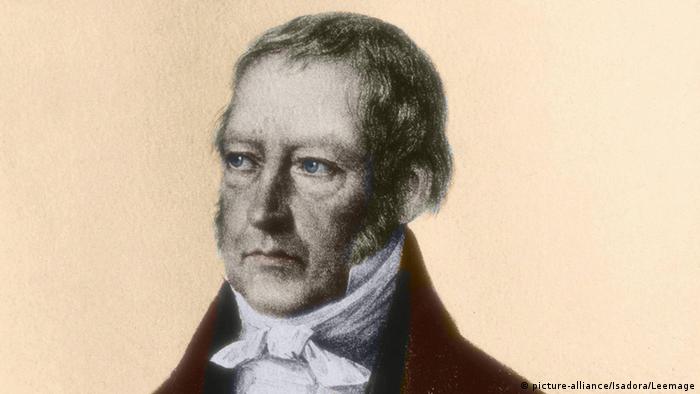 However, it is generally agreed that Hegel was the first philosopher to recognize and address the dimension of change, which he termed "becoming" ("Werden"), in all its fullness. He believed everything in the world was in constant motion: every individual life, nature, history, society. This results in each epoch having its own particular zeitgeist, or general spirit. One historic epoch is not randomly followed by another; instead, there is a principle of logical evolution.

As a metaphor for this, Hegel used the growth cycle of a plant, whose stages occur according to an inner principle. Hegel saw history as following a predetermined logic that repeatedly led to contradictions and revolutions. He was convinced it was dialectic processes of change that consistently brought humanity, and thus history, one step further.

Clashing with the Church

Hegel also applied his theory of becoming to the idea of God. It earned him few friends, especially within the Catholic Church, as he believed that God as an entity had not simply always existed as is, but had rather become what is over time: a "world spirit" ("Weltgeist") that contains and unites all the preceding epochs within it.

When he subsequently dismissed the Catholic dogma of transubstantiation — the physical transformation during a mass of bread and wine into the body and blood of Jesus Christ — he was forced to recant his statement and officially apologize.

A strong influence on Marx and Engels

Left-leaning thinkers later used Hegel's philosophy as the starting point for dialectical materialism, which emphasizes the importance of real-world conditions separate from the mind. Two of the theory's key thinkers, Karl Marx and Friedrich Engels, were significantly influenced by Hegel, further developing and applying it to class competition.

For his part, Hegel considered enlightened absolutism, the major political ideology of his era, to be the crowning final achievement of the change process, with the Prussian state offering the greatest freedom possible.

Hegel died on November 14, 1831, in Berlin, most likely due to chronic stomach issues. His idea of a "world being," however, lived on.