With so many healthy diet theories flying around these days, it can be hard to know what is actually good for our bodies. Here's a completely different view of food, one that's been established for thousands of years. 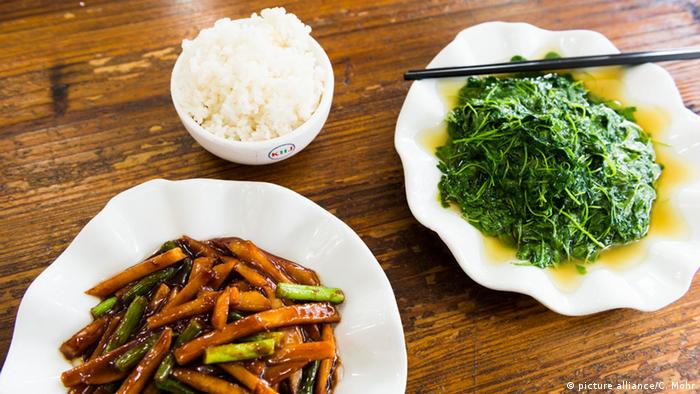 Living in a world with countless healthy diet theories are flying around, it's sometimes hard to know what is really good for our bodies. Butter is bad, butter is good; diet coke is good, diet coke is bad; raw food is bad, raw food is good.

Our views on healthy food change all the time, often depending on the newest clinical research findings. We know all about fat, carbohydrates, proteins, minerals and vitamins, but no matter how advanced our knowledge on food is, there are always studies that introduce something new and diet theories that get debunked. What do our bodies really need? That's a question to which we could never seem to find an answer.

The Chinese have their own answer to healthy eating, with concepts strongly related to traditional Chinese medicine. They are probably the most hard-core supporters of the saying “You are what you eat,” regardless of whether they really follow that advice.

I asked a Chinese Medical Practitioner in Hong Kong, Chan Kei-fat, and Guo Qiming, a practitioner from Beijing with a shop in Cologne, to describe to what extent food and medicine are related, and to what extent are these concepts applicable to places outside China. 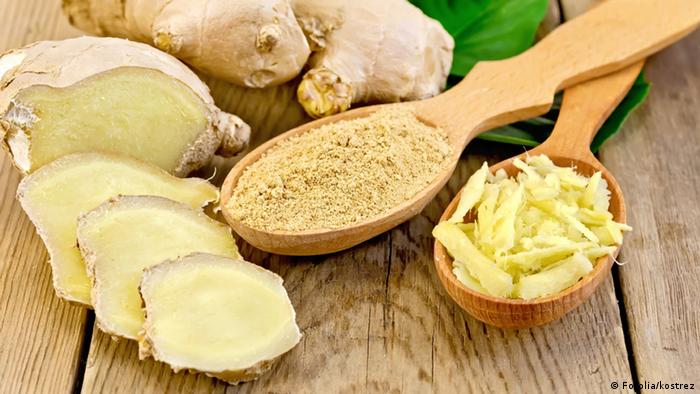 1. Food is medicine, medicine is food

In contrast with western medicine, the role of food and medicine in traditional Chinese medicine overlap. For example, a water melon is food, but it can also have a medical effect during hot days because of its hydrating properties.

The ancient clans of China, dating back to 2200 BC, started to discover the different medical values of herbs while they were still hunting and gathering. Some foods relieved their illness, some caused death. Over time, and in concourse with the growth of Chinese philosophy, medical theories were developed.

However, there are also some foods that are considered more "medicine" than "food," for example, ginseng. When it comes to this "medicine," a person should consult a practitioner, since eating it could make your body worse. Why? Foods have different natures, and all of us have different bodies that interact differently with different foods.

2. The four natures of food

In traditional Chinese medicine, food is divided into five natures, called "siqi": cold, cool, neutral, warm and hot. The nature of food is not determined by their actual temperature, but rather by what effects they have on a person's body after consumption. When a person continually eats one type of food, it creates an imbalance in their body, and affects their immune system. Thus, one of the keys in Chinese medicine is to keep our body "neutral."

Foods that are warm and hot bring heat to our bodies -- e.g. beef, coffee, ginger, hot chilies and fried foods -- while cold and cool foods cool down our bodies-- think of salad, cheese, green tea, and beer. Neutral foods are foods like oil, rice, pork and most kinds of fishes.

A person who has too much heat in their body usually feels hot, sweats all the time, is grumpy, has a swollen tongue, or could be constipated. People who have too much cold in their bodies appear pale, have cold hands and feet, might feel weak, or have bad blood circulation. When this happens, we are advised to stop eating that kind of food. 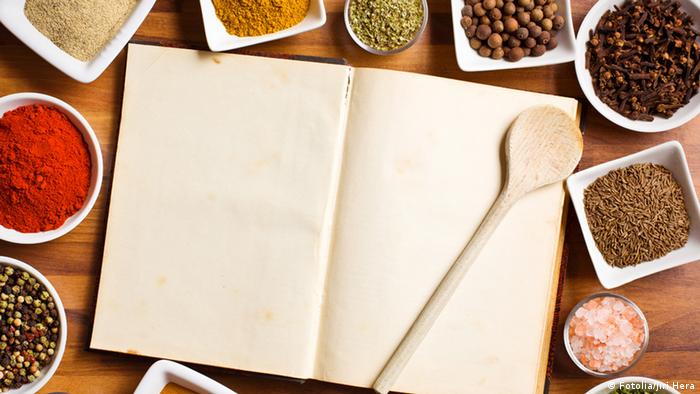 3. It's more than just a taste

Similarly in the western world, the Chinese divide tastes into five different kinds (Wuwei): sour, bitter, sweet, spicy and salty. But for the Chinese, these are more than just senses. In traditional Chinese medicine, each bite of foods sends the nutrition to corresponding organs: sour food enters liver and helps stop sweating, eases coughing; salt enters the kidneys, and can drain, purge and soften masses; bitter food enters the heart and the small intestine and helps cool heat and dry any dampness; spicy food enters the lungs and large intestine and helps stimulate appetite; sweet food enters the stomach and spleen and helps lubricate the body. Thus, it is important to have each flavor in the diet.

Does that mean to be healthy we just eat just neutral food in all flavors? Not necessarily. "Food choices are affected by your body's construction, the season and the place where you live" said Chan. The condition of the body could also be affected by age and sex. In other words, Chinese medical practitioners adapt their recommendations to different conditions.

4. One size does not fit all

What is a "constitution"? The categorizations have been in constant flux ever since traditional Chinese medicine first began. Currently, one of the most popular divisions is developed by Huang Qi, who introduced nine types of bodies in 1978.

A person with a lot of "dampness and phlegm" (tanshi) in their body tends to be overweight, might sweat a lot and might have an oily face. These people are usually more mild-tempered.

However, a person with a lot of "dampness and heat" (Shi-Re) is usually short-tempered and often presents with an oily and acned face. Both of these people need different food to take away their dampness, which means sweets, which "lubricate" the body, might worsen the situation.

Each type of food, depending on its nature, might better or worsen the situation. "There is no substance which is good for anybody. Many consider ginger to be healthy, but when you are already a very dry person and you have so much heat in your body, the more ginger tea you drink, the drier you get," says Guo. 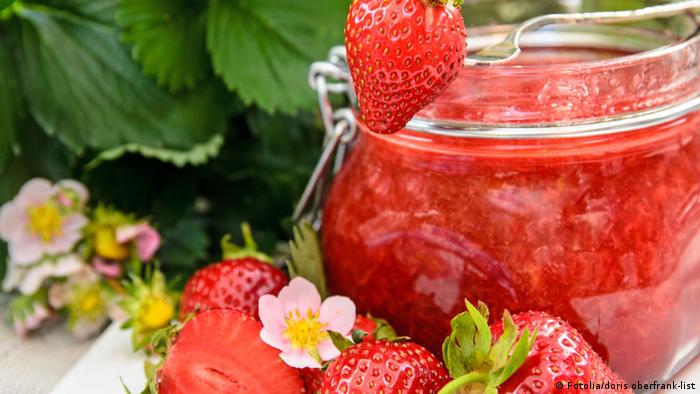 5. Eat according to season

The season and time of year is another factor when it comes to food choices. For instance, spring is often wet and sticky in China, which means we need food that can take away the dampness in our body, such as corn, white beans and onion.

In the globalized world, one can easily buy foods that are not in season. But traditional Chinese practices dictate might not be that best way to feed ourselves, since seasonal foods bring us the nutrition that we need in that particular season. A similar concept also exists generally in the western world.

The climate of a place can also affect our food choices. For example, Guo said, the Sichuan province in China: "(Sichuan) is a province where the climate is very wet and cold. So, Sichuan people love to eat spicy food since spicy food makes us sweat and thus removes the dampness in our body." He added that if people from temperate areas eat too much spicy food, the body will be too hot, which is not very healthy. 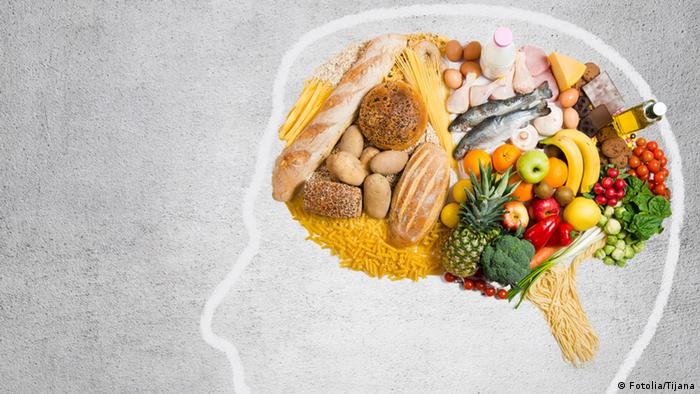 At the end of the day, what is considered to be healthy, what should be avoided? In traditional Chinese medicine, every food is nutritious, and as long as a healthy person doesn't eat too much of any one food, nothing is unhealthy. Chinese philosophers tell us always to take the "golden means"; never take extremes. In traditional Chinese medicine, it's also important not to eat too much (only up to seventy-percent of your capacity), and have food that is in a moderate temperature, so as to avoid overstraining the digestive organs.

This also applies to food. After all, it's all about balance.

There's a saying in Chinese: "The five grains provide nourishment. The five vegetables provide filling. The five domestic animals provide enrichment. The five fruits provide support." It means a balanced diet, where foods are consumed in appropriate combinations according to their natures and flavors, serves to supplement the essence that human body needs.