Headscarf Law Applies to All Religious Coverings, Judges Say | Germany | News and in-depth reporting from Berlin and beyond | DW | 15.05.2008 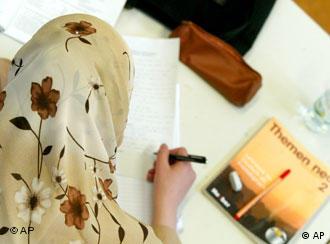 Teachers in Baden-Wuerttemberg cannot wear a headscarf in class

The administrative tribunal of Baden-Wuerttemberg state set out the position in a detailed written judgment, two months after ruling verbally that a woman convert to Islam, aged 58 at the time, could not teach in her scarf.

The teacher converted to Islam in 1984 and began wearing a headscarf during class in 1995. The southwestern state has a law that bans "exterior expressions of religious confession."

The so-called "headscarf debate" is a long-raging one in Germany, home to more than 3 million Muslims, most of Turkish origin. Many consider the headscarf a form of oppression against women and say immigrants who want to live here harmoniously must accept certain Western values and play by German rules.

Others say forbidding it amounts to discriminating against Islam and that Germans should learn to accept other cultures and traditions. 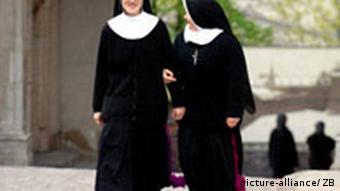 Nuns are also not exempt, except in certain cases

The country as a whole has been split on the issue of scarves and education, with some states tolerating teachers in scarves and others sacking them if they refuse to teach bare-headed.

The judges in the city of Mannheim interpreted the ban on religious dress as applying to all religions, whether to nuns and monks in habits or to male Jewish teachers wearing the kippah.

The law expressly exempts Catholic religious who teach Catholic doctrine classes in public schools, and the judges said three nuns in the state who teach other subjects had personal exemptions that would not apply to any other sisters in the future.

Turkish President Abdullah Gul approved a landmark constitutional reform that will allow female students to wear the Muslim headscarf at university in a move critics fear will undermine the state's secular foundations. (22.02.2008)

Do you think the court ruling is correct? Please include your name and country in your reply.

German Islamic teacher's license revoked for being too liberal 26.06.2021

Abdel-Hakim Ourghi has written books including "You Don't Have to Wear a Headscarf" and "Reform Islam: 40 Theses." His application to train other Islamic teachers was turned down for vague reasons.

A campaign against the amendment of an anti-separatism law in France has triggered debate on how society sees women’s clothing as a measure of their progress or backwardness. Hands off of my hijab, writes Wafaa Albadry.