People living with HIV still face stigma, something that makes it more difficult to find sexual partner or to have a relationship. Two men from different continents share how their HIV status has changed their lives. 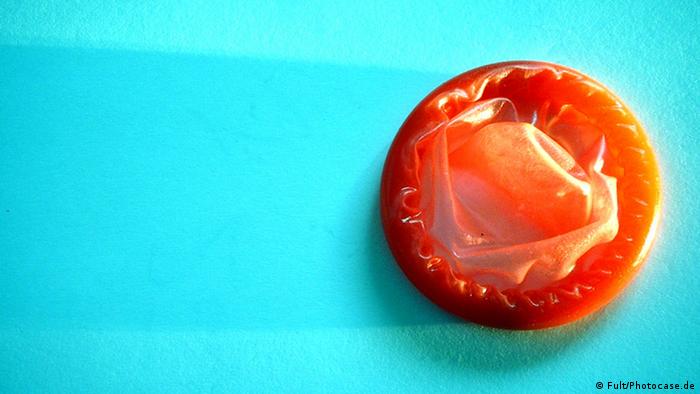 An estimated 37 million people worldwide live with HIV, the majority in low- and middle-income countries.

Josh is HIV-positive, one of #link:http://www.cdc.gov/hiv/statistics/overview/ataglance.html:1.2 million people# estimated to be living with the virus in the United States. But it certainly doesn't stop him from having fun: "The sex I give people is the bomb! If somebody doesn't want that then they are going to miss out," the 32-year-old says.

Reactions to his openness are varied: some say yes to sex, others say yes but then ghost out of his life and then some say they just can't deal with it.

When the virus was first recognised as a #link:http://www.avert.org/professionals/history-hiv-aids/origin:health concern in the 1980s,# being diagnosed with it was seen as something of a death sentence. And for many, it still can be. An estimated #link:http://www.who.int/features/factfiles/hiv/facts/en/index3.html:37 million# people worldwide live with HIV, the majority in low- and middle-income countries and in 2014, 1.2 million people died from AIDS-related causes.

But advances in antiretroviral drugs mean that increasing numbers of people are able to live with the virus. Still, the fear of contracting HIV leads to stigma and discrimination of those found to be HIV-positive. As a result, many of those living with HIV choose to keep their status a secret. 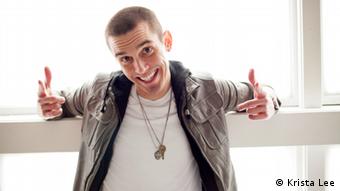 Four years ago, Josh went to the doctor for treatment of the flu. After a bad reaction to the medicine he had been given, Josh went back thinking that he might be allergic. "The doctor said, 'I need to talk to you about your risky activity'. My heart stopped."

The three weeks that followed, as Josh waited to get confirmation that he had contracted the virus, seemed like eternity. "There were highs and lows thinking that I was going to be ok and making swear to God promises - like if I get through this, I promise I'll never do this again… Every emotion that you can consider or imagine, I went through. I didn't want to die," he says.

Despite his fear, Josh decided he was going to be open about his status. He told his family the same day as he recorded the moment he found out he was HIV positive and he started his blog, #link:http://www.imstilljosh.com/about/:"I'm still Josh"# aimed at helping other young people living with the virus and giving them tools to deal with the associated stigma.

Coming out about his status as HIV positive is something Tshepo also had to make a decision about. The 24-year-old was just a young teenager when he found out he was living with HIV after being diagnosed with tuberculosis in 2004. 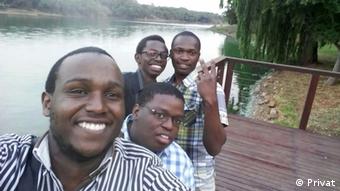 Tshepo (second from left) was born with HIV but didn't find out about it until he was a teenager. But it's not holding him back. He works with a number of organizations in South Africa to help young people living with the virus.

South Africa, where Tshepo lives, has the highest number of people living with HIV in the world with #link:https://www.avert.org/professionals/hiv-around-world/sub-saharan-africa/south-africa:6.3 million.# While in the US, it is #link:http://www.cdc.gov/hiv/statistics/overview/ataglance.html:men that have the highest rates of infection,# in South Africa HIV prevalence is almost #link:https://www.avert.org/professionals/hiv-around-world/sub-saharan-africa/south-africa:twice as high for women# than men.

Tshepo was born with HIV, which was transmitted to him through his mother. She died before he found out about his diagnosis, so he was unable to ask her anything about her status and he never knew his father.

"I thought I was following in my mother's footsteps and by the end of the year I would be gone," he says.

The #link:http://www.avert.org/professionals/hiv-social-issues/stigma-discrimination:stigma surrounding HIV# in South Africa, which he says means people would have thought he had been "sleeping around with other people," made Tshepo initially decide to keep his status a secret for eight years.

It wasn't until Tshepo was 21 that he decided to tell people he had HIV. "I told my doctor that I was tired of people judging people who are HIV positive. When I actually disclosed my status to other young people, I was nervous, but I got a lot of encouragement."

What was most difficult, says Tshepo, is telling the people he was dating about his status. The first person he was together with left, but the second one understood. "It's a 50/50 thing. Some people are educated and there are people who don't want to date you because you are positive." 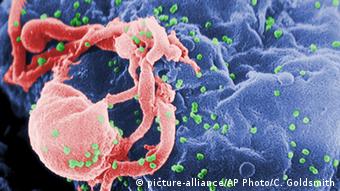 HIV (human immunodeficiency virus) leads to a breakdown of the immune system making it more difficult for the body to fight off infections and other diseases. In the later stages of infection, it can lead to AIDS (acquired immune deficiency syndrome).

Tshepo's HIV viral load levels are undetectable, meaning that the virus is still in his body, but that it can not be detected in testing. Having a low viral load means the chance of transmitting the virus is greatly reduced.

The South African now has a girlfriend who he's been dating for six months. He says he made the decision to tell her straight away. "She wasn't worried, just saying all the time that we should use a condom." Tshepo says that because education with regards to HIV is problematic in his home country, he was surprised that his girlfriend was so knowledgeable about the virus: "I was really impressed."

Back in the US, Josh does not have a steady boyfriend, but he is dating. His HIV is also undetectable, but regardless, he says the reaction to his status can be a "mixed bag."

"There's the perceived risk and the actual risk," he explains. "People are scared of those who know they are positive, but the actual risk is from those who are unaware." And Josh should know, he contracted the virus from a sexual partner who did not know he had HIV. In the US, around #link:http://www.cdc.gov/hiv/statistics/overview/ataglance.html:12.8 percent# of those with the virus do not even know they are infected.

In fact, #link:http://www.theguardian.com/commentisfree/2015/jul/17/hiv-aids-disclosure-felony-std-tests-law:most new HIV infections# occur because people are unaware that they have the virus or are not receiving treatment. Legislation in many countries across the world, which penalises people who knowingly transmit HIV during sex, could be at least partly responsible for contributing to a fear of getting tested, argues Josh.

A further problem with laws that can put someone in jail for knowingly infecting another person with HIV is finding a secure and legally-accepted way to disclose HIV status. To solve that conundrum, Josh has worked with programmers on an app called #link:http://disclosurapp.com/:Disclosur+.#

"I just want to protect those of us with HIV from being accused of doing something we didn't do," says Josh. For him, rather than living with the virus, which is far from being the death sentence he once believed it to be, it is this accusation that scares him.

Disclosur+ works by showing a picture of the person you would like to have sex with and showing their HIV status without a name. You are then filmed with the phone's camera clicking "ok" to agree to sleeping with them. The image is saved to a secure server that could later be accessed as a legal disclosure.

Despite his own beliefs, Josh does not judge people who prefer not to reveal that they are living with HIV and says that legislation should not force those who are HIV positive to reveal what he says is a "private health concern" particularly because of the stigmas that are attached. Still, he says he has largely moved beyond the stigma and fear within himself.

"I can't get HIV twice, so in a weird, twisted way, there's a sense of liberation that the thing that scared me about sex my entire life I have it already and I can't get it again." Despite this sense of freedom, he says that people should take all precautions to ensure that they do not become infected in the first place. "Not that I'm proud to have HIV," he says, "but I've adapted."

CDC: HIV in the United States

The origin of HIV and AIDS

10 Facts on HIV and AIDS

HIV and AIDS in South Africa