Half of Eastern Germans Sees Bush as Threat to World Peace | Germany | News and in-depth reporting from Berlin and beyond | DW | 13.11.2006

Half of Eastern Germans Sees Bush as Threat to World Peace 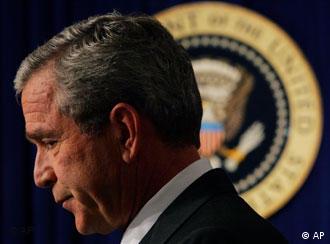 Among those living in the states that used to make up East Germany 47 percent of people called US President George W. Bush "the greatest danger to world peace," in a survey commissioned by the magazine Super Illu and released on Sunday.

Al Qaeda head Osama bin Laden had to settle for second place in the greatest threat to the world survey, coming in with 20 percent of the vote. 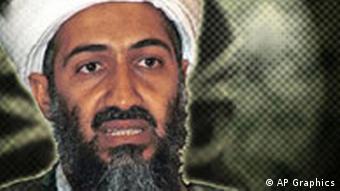 Two percent of survey participants consider Hezbollah head Hassan Nasrallah the most dangerous threat, while 8 percent of people didn't give a response who they would least likely to cause Armageddon.

The Institute for Market Research in Leipzig questioned 1,001 men and women in the former East German states that were joined with West Germany in 1990. The poll did not examine the opinions of people living in Germany's western states.

Similar polls commissioned by the daily newspaper The Guardian in Great Britain and other newspapers including Israel's Haaretz; Canada's La Presse and Toronto Star; and Mexico's Reforma, also found that fewer people in their countries support Bush's foreign policy.

Over two-thirds (69 percent) of the British participants said the world has become less safe since 2001 because of US policy. About 62 percent of Canadians and 57 percent of Mexicans agreed.

In Israel, a traditional US ally, support for Bush and his administration has also declined, but remains stronger than in the other countries where the survey was conducted. In Israel, 23 percent of participants considered Bush a serious danger.

Europeans Revel in US Republican Defeat

The European reaction to Democrat wins in midterm US elections was overwhelmingly positive. Observers said they hoped the US and Europe could start healing widening trans-Atlantic rifts. (08.11.2006)

The European press was united in blaming US President George Bush for the Republican losses in the recent elections. Above all, his Iraq policies are to blame, commentators said. (09.11.2006)

While political leaders across Europe said Saddam Hussein should be held accountable for his actions, they also expressed their opposition to the death penalty the former Iraqi dictator received on Sunday. (06.11.2006)