Muslim and Jewish groups are angered by a call from Germany's federal chamber of veterinarians for a law re-establishing protection against slaughter without stunning. 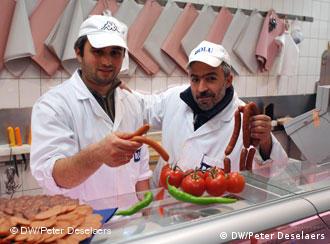 Germany's main Jewish group rejected Wednesday, July 10, the latest criticism of kosher slaughter practices, and was immediately backed by a Turkish group in Germany speaking on behalf of Muslims.

Both Islam and Judaism reject the stunning of animals before slaughter and prescribe that animals be killed by a swift throat cut.

The body has demanded a change in German law to end an exemption for minority butchers which he said had allowed 500,000 sheep to be slaughtered annually in this way. 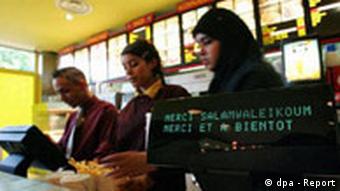 Stephan Kramer, general secretary of the Central Council of Jews in Germany, dismissed the demand, saying it encouraged anti-religious prejudice.

"The prevention of cruelty to animals has the highest priority in Judaism and prevailed long before animal-protection societies and laws existed," he said in Berlin.

Only trained butchers were allowed to do such slaughtering and the animal lost consciousness within seconds this way. He denied stunning was more humane.

The Turkish Society in Germany, a secular group with mainly Muslim members, agreed. Its president, Kenan Kolat, said in Berlin the halal slaughter method in Islam killed animals without any cruelty. 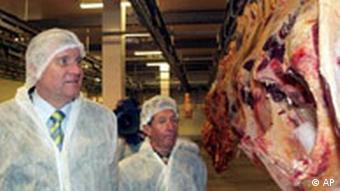 "Politicians cannot ignore religious freedom," he said, in a reference to the fact that Federal Constitutional Law grants minorities the right to live according to their faith among themselves if they otherwise observe the law, as well as the right to exercise freely their chosen profession or trade.

In 1995, the German Constitutional Court had ruled that Islam did not necessarily demand ritual slaughter, making the practice illegal.

But in 2002, it re-established the right for German butchers to slaughter animals according to Islamic religious ritual in a case brought by a Turkish butcher from Giessen.

Judges in Germany's federal administrative tribunal on Thursday turned down demands made by animal rights groups to outlaw halal butchery, the Islamic practice of killing animals while they are conscious. (23.11.2006)

Islamic dietary laws have long kept many Muslims away from Mcdonald's and Burger King. Now a new fast-food restaurant in Paris allows devout Muslims to snack on burgers in accordance with the Koran. (14.08.2005)

The Festival of Sacrifice is held by Muslims around the world each year at the end of the Haj. But what is one of the Muslim world's most joyous periods, is an annual thorn in the side of German animal right activists. (20.01.2005)