Haider al-Abadi: 'I cannot turn the country upside down in one day'

Iraqi Prime Minister Haider al-Abadi says Iraq is ready to retake the city of Mosul from "Islamic State" militants. He wants to fight terrorism, corruption and the Sunni-Shiite rift. But can he deliver on this promise?

Militants from the so-called "Islamic State" (IS) have been in control of the city of Mosul in northern Iraq since June 2014. But Iraqi Prime Minister Haider al-Abadi told DW in an exclusive interview that this is about to change.

"We are ready. We started deploying forces in east Mosul last week. Our process is ongoing. We are on plan now to start the operation for Mosul."

After recapturing the cities of Tikrit and Ramadi last year, al-Abadi said he feels confident that Iraqi security forces can also retake Iraq's second largest city Mosul from IS.

Prime Minister al-Abadi said the operation against IS, also referred to as "Daesh", won’t be easy, as Iraq’s oil income has fallen drastically, which has made it hard to finance the army.

"Many of our forces collapsed when Daesh rolled into Iraq. We have to rebuild that. I don't have a rapid fix for this. But we are moving in the right direction. We have liberated large areas of the country. Daesh is on the retreat at the moment."

Mosul isn't the only Iraqi city still occupied by IS militants. Fallujah, located 70 kilometers (43 miles) west of Baghdad, was captured by IS militants in January 2014 as well. The city is currently facing a humanitarian crisis, with people starving to death as humanitarian aid isn't getting in.

Asked why he isn't ending the siege of Fallujah, Prime Minister al-Abadi said: "We are trying to liberate the people. Meanwhile Daesh is preventing them from leaving the city and is using the people as a human shield."

Referring to reports that more checkpoints have been constructed to cut off routes into Baghdad used by IS terrorists, al-Abadi said the government has put up new checkpoints "around Baghdad, not inside Baghdad" to prevent terrorists "from returning back to their bombing campaign." 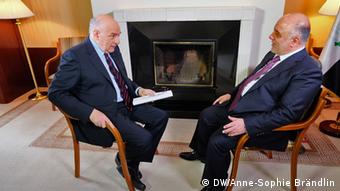 In fact, he says terrorist attacks have dropped significantly - from two, three a day to "only" one.

Is 2016 the year of eliminating corruption?

Haider al-Abadi took power in 2014 and since then has been promising to fix corruption. "2016 is the year of eliminating corruption," he said in a speech on January 9.

But when Tim Sebastian asked him if this was a promise he couldn't keep, Prime Minister al-Abadi backpedaled and said he was solely referring to fighting corruption within the Ministry of Interior in his speech, not the entire country. He insisted, however, that he is still determined to fight corruption in general.

"Corruption is a disease and sometimes it's institutionalized. It takes years to remove it. But I want to remove it," he said.

Another thing al-Abadi has been promising is to heal the Sunni-Shia rift that is tearing Iraq apart. But according to the Brookings Institution, a nonprofit public policy organization based in the United States, al-Abadi's promise hasn't materialized. 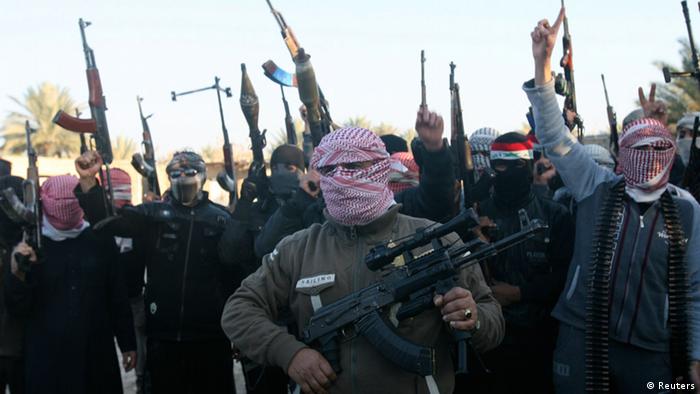 In the interview with Tim Sebastian, Prime Minister al-Abadi didn't agree with this assessment, claiming that terrorist attacks from both sides have decreased and that things are generally getting better.

"Terrorist organizations were controlling 40 percent of Iraqi land when I took over. Now they are only controlling 16 percent of that land. That's a huge success. (…) One and a half years ago the country was at the brink of division, the brink of total collapse. We are in a much better position now than at that time."

The UN is bracing for attacks by the "Islamic State" on more cities in Iraq. It comes at a time when both the Iraqi government and UN agencies are struggling to find funds. Naomi Conrad spoke to the UN's Dominik Bartsch. (11.06.2015)

Russia vows to complete Nord Stream 2 despite new US sanctions

Dwindling number of Africans own land