German prosecutors have pledged to return some of Cornelius Gurlitt's vast art collection discovered last year. Investigations continue, however, on whether Gurlitt acquired the majority of the pieces illegally. 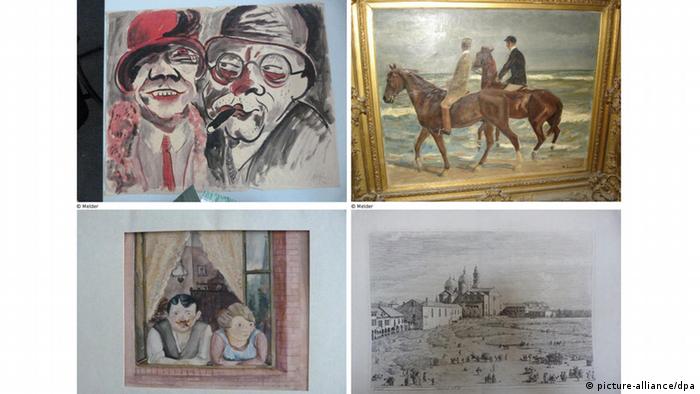 Augsburg prosecutor Reinhard Nemetz said in a statement on Tuesday that artwork that was not suspicious, not stolen by the Nazis and "undoubtedly was the property of the accused" would be returned to Gurlitt "immediately."

"It is of key importance that works taken in connection with the Nazi persecution be identified so that outstanding property claims can be settled and possible previous owners can exercise their rights," said Nemetz.

The mystery behind the masterpieces

The sensational discovery of more than a thousand works of art seized during the Nazi era has rocked the art world. But it's opened up more questions than it has provided answers. DW examines the issue. (13.11.2013)

A newly-established government taskforce is working its way through the more than 1,400 works taken from the 80-year-old Gurlitt's apartment in February 2012. Included in the trove of paintings are works by Picasso, Matisse, Chagall, Renoir and Delacroix. The art, which was only revealed through media reports last month, was originally uncovered by authorities investigating a tax evasion case.

Gurlitt is the son of a prominent art dealer who was tasked by the Nazis to sell artwork that was stolen, extorted or seized during their 12 years in power. His father also handpicked masterpieces for a "Führer Museum" for Adolf Hitler in the Austrian city of Linz that was never built.

The government has said around 970 of the works found in Gurlitt's apartment are still under investigation, suspected of having been stolen by the Nazis - either looted from Jewish families or taken from museums as part of a censorship on "degenerate" art.

Gurlitt has vowed not to give up the art voluntarily, indicating that the investigation to find out the origin of the works and return them to their rightful owners could take some time.