Warmer relations between the US and Iran following an agreement on Iran's atomic program could limit the influence of other states in the area. In Kuwait, the Gulf Cooperation Council is debating what this change means. 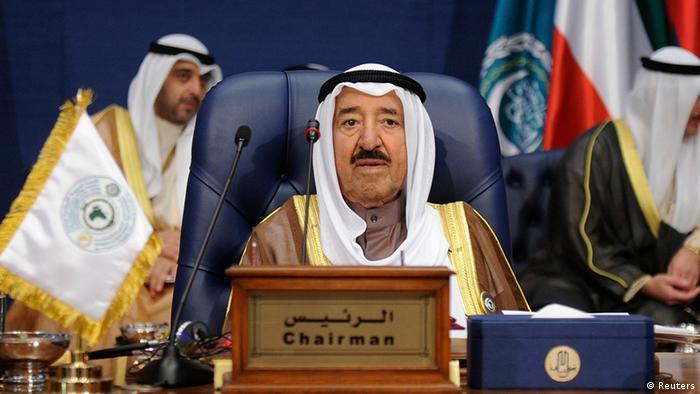 For over half a century, the US and the states of the Arabian Peninsula had a close partnership. But whether that will continue to be the case is the question for the members of the Cooperation Council for the Arab States of the Gulf (GCC), who are meeting in Kuwait through Wednesday (11.12.2013). They're examining the recent rapprochement among the US, other Western states and Iran, symbolized by the interim agreement on Iran's nuclear program.

Turki bin Faisal al Saud, a member of the Saudi royal family and the former director of the country's intelligence agency, said on Monday that the agreement with Iran and its consequences are a serious concern. It's no longer enough, he said, that the GCC's members simply cooperate - as per the association's name. Instead, he said they must form a "unit," according to a report in the Palestinian newspaper "Al-Quds."

Saudi Arabia's deputy foreign minister, Nizar Madani, made a similar call. "The Gulf states should no longer work independently from one another to guarantee their security," he said at a security summit in Bahrain, adding, "They have to decide their future for themselves."

The six GCC states - Saudi Arabia, the United Arab Emirates, Qatar, Oman, Bahrain and Kuwait - are particularly concerned by two of the US government's decisions. Those are, first, a refusal to intervene militarily against Syria's regime in response to its use of chemical weapons, and, second, the interim agreement with Iran that puts an end to its atomic program for at least six months. 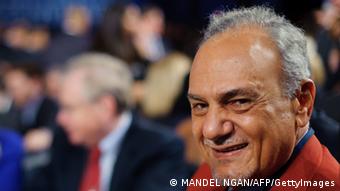 Reconciliation between Western states and Iran could usher in fundamental change to the region, wrote political analyst Raghida Dergham in a commentary for Arabic newspaper "Al Hayat," which is published in London.

"In the context of recent US-Russian relations, Iran has a new and more important relationship with the West. That has rocked the balance of power," Dergham said.

Washington has, in fact, tried to convince its partners up until now that it merely wants to expand its circle of allies, rather than fundamentally changing them. That, however, is perceived differently by Iran's neighboring states.

"The Arab public is getting the message that Arab oil and Israel are no longer the only focal points of American alliances and interests in the Middle East," Dergham continued. 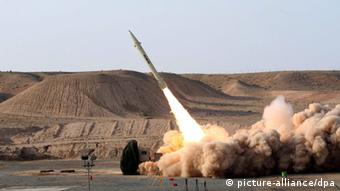 Iran demonstrates its power with a missile test

However, the GCC does welcome the nuclear agreement with Iran, as it diminishes the risk of an Israeli-American attack on Iran's atomic facilities, said Omar al-Hassan, director of the Gulf Center for Strategic Studies, which is closely associated with Bahrain's government. The Gulf States would, he said, recognize Iran's right to civil uses of nuclear energy, but not for military purposes. He added that it was problematic that the Gulf States were excluded from negotiations on the deal. "They would like to really know what's happening," al-Hassan commented.

The GCC's skepticism stems from a second concern. They fear that Iran could use its atomic agreement to build up a relationship with the West and then use that as a basis for increasing its power in the region.

"Iran is trying to be a superpower in the area. But at the same time, the GCC countries should really be ready to be a counterbalance to Iran in this area," Omar al-Hassan said. "Syria, Hezbollah, Iran and Iraq really are going to be one of the very strong alliances in the region." 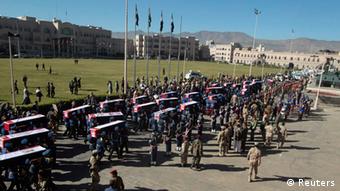 Al Qaeda's bloody mark: 50 victims of a terror attack were laid to rest in Yemen this month

Iran has become an important partner for the US and its Western partners for one reason above all, argues Raghda Dergham: "The American president is now part of the de facto alliance with Iran and Russia against Sunni terrorism. In this respect, Obama is continuing George W. Bush's policies, which consisted of bringing Iran on board in the war against al Qaeda and similar groups. But now Obama is also trying to draw in Russia and China."

If this new alliance comes about, Saudi Arabia and the other Gulf States could very well lose part of the political weight they've enjoyed up until now. But could the rapprochement between the US and Iran not represent a chance for the GCC states to improve their own difficult relationship with Iran?

No, says Omar al-Hassan. "The GCC countries don't trust the regime in Iran." Although Iranian President Hassan Rouhani has claimed that he wants to build some sort of understanding with the GCC countries, al-Hassan continued, he has not mentioned any concrete proposals for improving the difficult relationships with these countries.

"They changed the president; the strategy is still as it was, just with different tactics," al-Hassan said.

The interim agreement on Iran's nuclear program is seen by many as a milestone, but not in Israel. The government there is especially strident in its criticism. (26.11.2013)