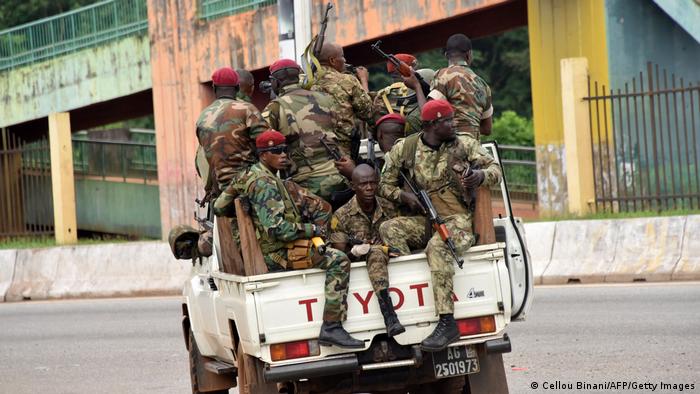 The president of the Union of Democratic Forces of Guinea (UFDG) and Alpha Conde's main challenger in the last presidential election, Cellou Dalein Diallo, explained in an interview with DW why he was willing to trust the military coup leaders, at least for the time being.

Ten months after the closure of your offices and the headquarters of your party, the UFDG, by the toppled government, you were able to go back for the first time on Monday. What state did you find the facilities in?

I was shocked to see that everything had been ransacked. It smacks of the hatred and brutality of Alpha Conde's regime. But I am pleased to have my property back. It will allow my party to meet again. I confess that I do not understand the extent of the hatred and unnecessary destruction. Mr. Alpha Conde did not go through either the justice system or the administration to perpetrate this crime. There was no legal basis for him to ban access to these offices for almost 10 months. But I'm happy to have my offices back. Now I will have a bailiff in to report on what has been destroyed. 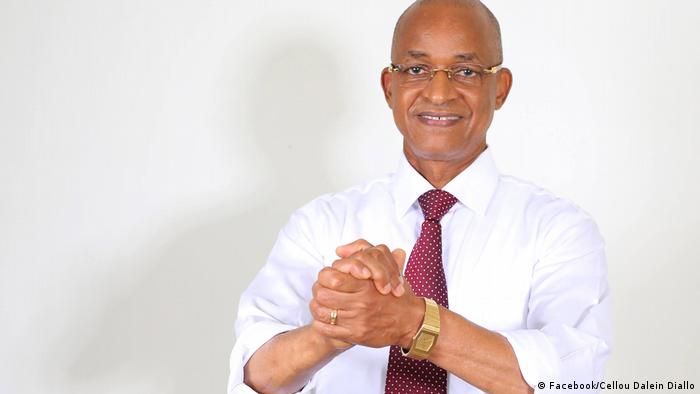 Cellou Dalein Diallo is willing to trust the military coup leaders, at least for now

President Alpha Conde was arrested by soldiers at his presidential palace on Sunday. You don't seem opposed to the coup.

Yes, that is the case.

Why do you accept this military takeover?

Obviously, it is against my beliefs. But we are facing a situation where Alpha Conde has seized power by violating the constitution, by violating his oath, by trampling on all the rules and principles of democracy and the rule of law.

We have tried everything else. We called on the international community, but it did not or could not change its position. Peaceful demonstrations on the streets were brutally suppressed. Innocent Guineans were killed simply for exercising their constitutional right to march in public places. They killed nearly 40 people in N'zerekore and buried them in the night. All of these people, all of these citizens, were denied justice, compassion and reparation.

Nothing we tried worked. We tried to take legal action against this, but without success. The judiciary is not independent; it does not dispense justice. Alpha Conde was always right; the opposition was always wrong. Hundreds of thousands of people have been arrested, tried and convicted even though they were innocent. All resistance has been unsuccessful. Now the army, in a patriotic outburst, decides to liberate us from this dictatorship that has no respect for human life, the rights and freedoms of citizens and democracy. We can only recognize that as a patriotic act.

Aren't you afraid the military will try to stay in power?

Yes, of course I am. The military often justifies a violent seizure of power with a desire to fight corruption and pledges to hand over power to civilians after free and transparent elections. But sometimes they have taken much longer than necessary. Sometimes they have [seemingly] ditched the military uniform to stay in power.

But until proven otherwise, I consider this to be a patriotic act and believe in Lieutenant Colonel Mamadi Doumbouya's team. I assume that the military will do everything possible to organize free and transparent elections very quickly so that the people of Guinea can choose their own political leaders.

What will you do to avoid the scenario of 2009, when Captain Moussa Dadis Camara was in power and refused to give it back?

The risk is real. But, for now, I trust Lieutenant Colonel Mamadi Doumbouya and his team. I hope they will not repeat the [2009 scenario], because they know what it cost Guinea: We still remember September 28, 2009 [when more than 150 peaceful protesters died in a stadium because security forces opened fire — Editor's note]. The [legal] dispute about that has not yet been settled. We are still waiting for the judiciary to do its job.