Guinea heads to the polls amidst fears of post-election violence

As the Guinean presidential election draws closer, the population is growing increasingly nervous. Many fear a repetition of the 2010 unrest and violent clashes in the capital Conakry. 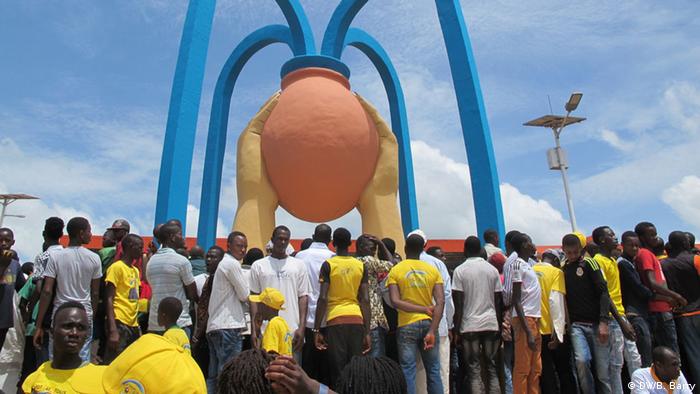 On October 11 some six million Guineans, about half the population of the West African nation, will elect a new president. There are eight candidates, including incumbent president Alpha Conde and his two main rivals, opposition leader Cellou Dalein Diallo, of the Union of Democratric Forces in Guinea (UFDG), and Sydia Toure of the Union of Republican Forces (UFR), a former prime minister.

However, the opposition lacks a clear position. First there was a boycott threat, then the demand for a postponement, then the threats were withdrawn.

A little over a week before the election, the seven candidates running against Conde called for the poll to be postponed by a week, claiming there were mistakes in the electoral register. Vincente Foucher, a Guinea expert at the International Crisis Group, says the idea is not unreasonable "when you see for how many months this election has provoked controversy, demonstrations, violence and arrests."

But just a few days later, the opposition announced that, even without a postponement, it would not boycott the election - even if the electoral process was marred by serious errors and anomalies. At a press conference, a representative of the united opposition stressed the wish for a free, transparent and credible poll. The opposition was skeptical about the election outcome in both 2010 and 2013, says Foucher, "and when you read the reports by election observers from the European Union and the African Union, then many questions are indeed raised about the legitimacy of the polls."

Many voters are convinced that the upcoming election will be no different. "The government's cheating machinery is already working at full capacity," said a supporter of Cellou Dalein Diallo in Labe, the opposition leader's stronghold. "They have put enough money aside to bribe people and distribute voting papers already marked in favor of the governing RPG party (Assembly of the People of Guinea)." 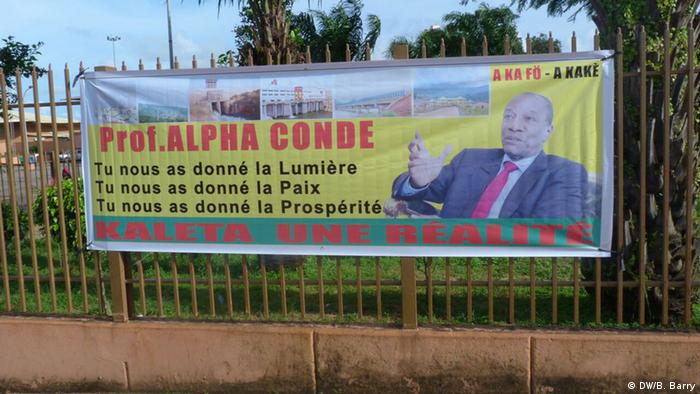 This poster praises President Conde for "bringing light, peace and prosperity to Guinea"

Violence not the answer

In the past, dissatisifed Guineans often turned to violence. Last weekend, one person was killed during clashes in N'Zerekore in the southeast of the country and 80 were injured. At the end of September clashes between supporters of Conde and Diallo left at least 17 people injured. A day earlier, in the presidential stronghold of Kankan, supporters of Conde had thrown stones to try and stop an election rally held by Sydia Toure.

This time, a group of Guinean comedians wants to break the cycle of violence. They have produced a play that illustrates the dangers of escalating tensions. Author and director Balia Bah says it is important to hold up a mirror to people so they can reconsider their actions. The play also targets children and teenagers "because in five to ten years, they will be able to vote and take part in the election process." 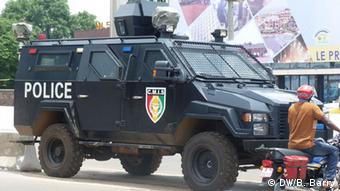 The police will be ready should violence break out

A group of young bloggers is also trying to get the message across that violence is the wrong response. An Internet platform guineevote.com has been set up for people to report irregularities and also acts of violence. Foude Kouyate, one of the initiators, reports that the group wants to send 215 election observers out through the whole country. "Wherever there is a polling station we need interested citizens who can provide information about the electoral process. If the process is not transparent, there will be attempts to contest the outcome and this could lead to violence," Kouyate said.

The political and economic record of Alpha Conde is mixed. His period in office coincided with the Ebola crisis and the sharp fall in world market prices for raw materials. While many Guineans give him credit for trying to reform the economy and raw materials sectors, critics say he favored people from his own ethnic group, thereby increasing ethnic tensions. Sociologist Mamadou Sylla says the problem of ethnicity and the preferential treatment given to certain regions is deeply rooted in Guinean society and is causing the gaps to widen. Above all the Fulbe, who make up more than a third of the population, feel they are disadvantaged as the president is a Malinke. 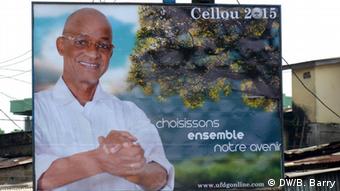 The Ebola outbreak in late 2013 - long ignored by the government and which killed at least 2,500 people - plunged the country into economic misery. The former president of the Guinean human rights organization ONDH, Aliou Barry, fears that there will soon be not enoubh money to pay state employees. Guinea ranks among the world's poorest countries. The UN Human Development Index puts it at 179th position in a list of 187 countries. And this, despite Guinea's vast reserves of bauxite, an ore used in the automobile industry.

One of Conde's prestige projects is the new dam at Kaleta - a huge hydroelectric power plant intended to end Guinea's constant power shortages. The dam was opened just in time for the elections and is now depicted on one of the country's banknotes. This has not gone down well with either the opposition or critics of Alpha Conde.

Bob Barry in Conakry contributed to this article

An experimental Ebola vaccine tested on thousands of people during a medical trial in Guinea shows it to be 100 percent effective. The results have been described as "remarkable" by health care professionals. (31.07.2015)

After DR Congo and Burundi, Guinea is now experiencing protests sparked by questionable presidential decisions. In the capital Conakry, there have been pitched battles between opposition supporters and security forces. (15.04.2015)

No other country has as much bauxite as Guinea-Conakry. The government is planning a new law to secure 30 percent of shares in the mines, against the wishes of foreign investors. (22.11.2012)