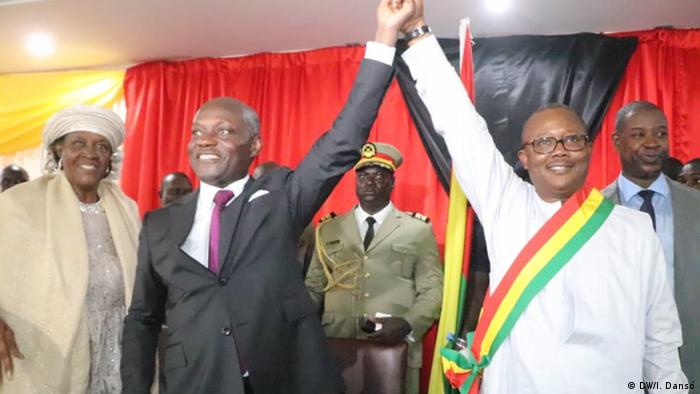 The swearing-in of Guinea-Bissau's new president Umaro Sissoco Embalo on February 27 went against the will of the majority in parliament and triggered a constitutional crisis.

The 48-year-old former army general won the elections under the Movement of Democratic Change, a party that in 2015 split off from the former liberation movement PAIGC (African Party for the Independence of Guinea and Cape Verde).

Embalo won in a run-off vote on 29 December 2019 against the PAIGC candidate, Domingos Simoes Pereira, with around 54 percent, according to the National Election Commission. All election observers described the elections as "transparent and free." But Pereira's PAIGC did not acknowledge the result, stating that the counting of the ballot papers was incorrect and incomplete.

The West Africa regional body ECOWAS urged restraint and proposed verification of the partial election results. The conflict dragged on for long agonizing weeks – until the election commission confirmed the results last week. But PAIGC protested again stating that "the Supreme Court, which is also responsible for elections, should deal with the election."

After the election results were announced last week, Embalo quickly organized a symbolic inauguration as a fait accompli in a hotel in Bissau on Thursday, appointing himself as president and vowing to end years of chaos in the country. He went on to promise remuneration for civil servants, reopen schools, fix the justice and health systems and promised a "zero-tolerance policy" towards the international drug mafia, which has been controlling the country for years. Guinea-Bissau should no longer be a "failed state," he said. 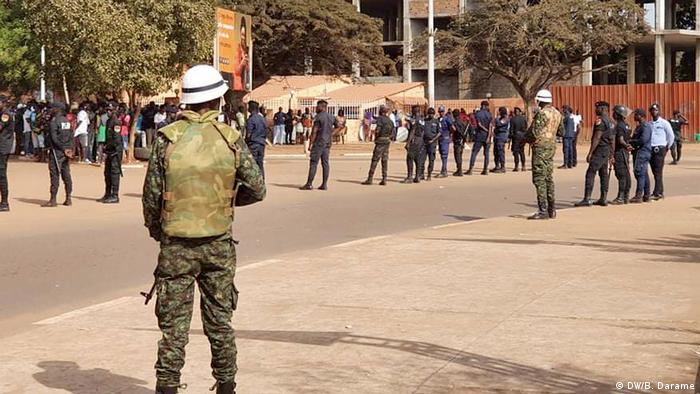 According to reports, soldiers occupied several institutions in the country

As ethnic Fulani, Embalo is the first Muslim to occupy the presidential office. At his inauguration, attended by only two foreign representatives, the ambassadors of Gambia and Senegal, Sissoco Embalo vowed to be president of all "regardless of their ethnicity or religion."

Guinea Bissau is a multicultural country with more than 40 different ethnic and religious groups.

After the former army general took office, armed soldiers were deployed at all government offices and the national radio. The soldiers also confiscated the official cars of former Prime Minister Aristides Gomes, a member of the PAIGC party. "They threatened me and wouldn't let me into the ministry," said Aristides Gomes, in an exclusive interview with DW. "I am now carrying out my duties from home. What is happening here is a coup."

A day after the army seized government offices, the National Assembly proclaimed its president, Cipriano Cassama, as interim President of the country, in response to what it said was an illegal entry into office by Sissoco Embalo. But Cassama resigned shortly after, alleging death threats against him and his family. "I am therefore resigning from the office to which I am legally entitled under the constitution," Cassama said at a press conference. 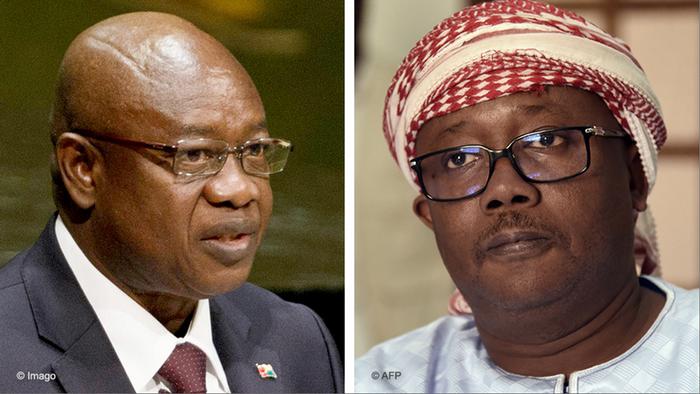 Chance for a new beginning?

Meanwhile,  President Umaro Sissoco Embalo is diligently working on a new government. The new prime minister is 53-year-old Nuno Nabiam, who is chairman of the APU (Assembly of the People United). Nabiam had stood for the office of the president in the first round and finished third. Considered a charismatic man of the people, Nabiam is a Catholic Christian and a member of the influential Balanta ethnic group. He had supported Sissoco Embalo in the run-off election.

"It would be fatal if the powerful PAIGC, the largest party in parliament, were now to take a defensive stance and block any government action to rebuild the collapsed state," Guinean diplomat Helder Vaz told DW. "Is what is happening now in Guinea Bissau a coup or a legal transfer of power? It is not a coup. Guinea Bissau is a constitutional state and not a banana republic. There is freedom of speech. There is no violence, everything is democratic. If this were a coup, the members of the former government would have been arrested," said Vaz, describing the situation in the country. 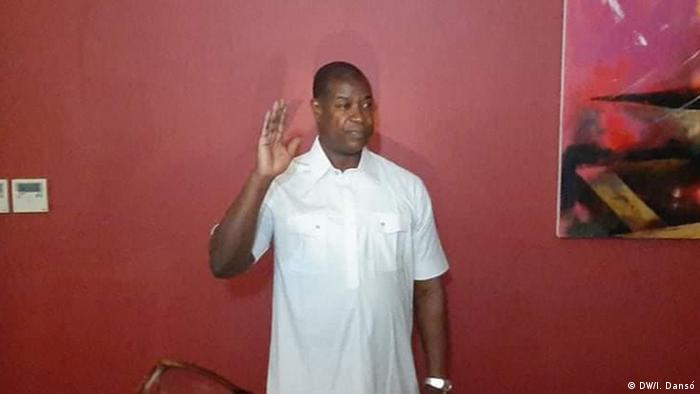 The international community remains divided on how to assess the current situation in Guinea Bissau. ECOWAS has called on the Bissau authorities to respect the country's laws and international practices. The situation has also been discussed at UN level. Even the Community of Portuguese-speaking Countries (CPLP) is not yet sure whether to recognize Umaro Sissico Embalo as the legitimate president.

Lancuba Dansó (Bissau) and Braima Darame contributed to this report

Who will be Guinea-Bissau's president in the new year?

Two ex-prime ministers are vying for the presidency in a runoff vote. Who is going to win is unclear, but whatever the outcome, Bissau-Guineans are expecting change to follow. (26.12.2019)

Guinea-Bissau: Strife and uncertainty reign ahead as elections go ahead

Guinea-Bissau is in a state of political stalemate, with no effective government amid much infighting. There's some hope that presidential elections might bring change, but many fear the chaos will continue.  (23.11.2019)

Ex-general and former PM Embalo has won a runoff presidential election in the turbulent West African country. But a dispute from the ruling party candidate could throw the country into extensive political chaos. (01.01.2020)