At least 99 people are dead and almost 200 are missing following the eruption of Guatemala's Fuego volcano. About 12,000 people have been evacuated. 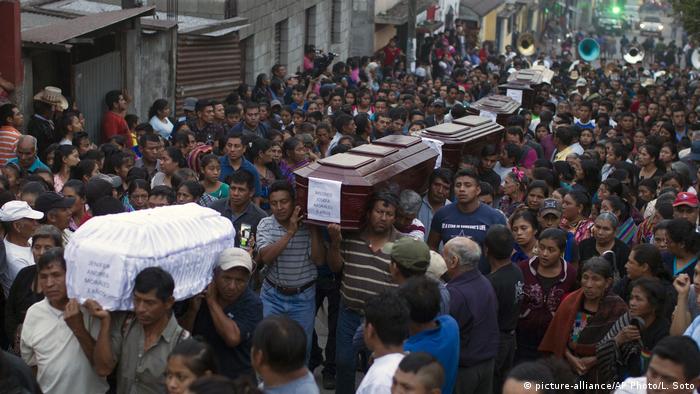 Sergio Cabanas, director of the country's disaster agency, Conred, said it was unclear if any of the missing were among those already identified as dead by Inacif.

The super-heated debris that killed victims has left many bodies unrecognizable and DNA testing and other methods will be needed to identify them.

Firefighters on Wednesday said the chance of finding anyone alive amid the still-steaming terrain was almost nonexistent 72 hours after Sunday's volcanic explosion.

Many who died are believed to have burned to death or suffocated from the poisonous gases that were released in an eruption on Sunday. The devastation was said to be exacerbated by pyroclastic flow — clouds of high-temperature gas, water, ash and mud that move much faster than lava.

Meanwhile, there were fears that volcanic activity was getting stronger. Rescue teams, police, journalists and others were evacuated from six localities around the Fuego volcano as more molten material began to flow on Tuesday afternoon.

Eight to 10 moderate explosions per hour had been reported by the INSIVUMEH vulcanology institute during Tuesday morning as activity increased in the volcano.

The INSIVUMEH institute said the ash and mud that started to flow down the slopes of the Volcano of Fire on Tuesday afternoon would be carried by the wind and blown ash could rise to 6,000 meters (20,000 feet) above sea level, posing a threat to air traffic. The main international airport at Guatemala City had been closed on Monday.

As the sirens sounded on Tuesday, residents outside the evacuation area were also concerned as little or no warning had been given by authorities ahead of Sunday's eruption.

An estimated 1.7 million people have been affected by the eruptions.

National rescue coordination agency CONRED is in charge of the evacuations and finding shelter for people displaced from their homes. It showed how the volcanic material has been flowing through the region.

The Volcano of Fire is located about 16 kilometers (9.9 miles) west of the Spanish colonial capital Antigua. It exploded on Sunday in its biggest eruption in more than 40 years. A state of emergency has been declared in the departments of Chimaltenango, Sacatepequez and Escuintla.

Three days of mourning were declared in Guatemala following the first eruption, and Pope Francis sent a telegram of condolence on Tuesday with his "consolation to families who are weeping for the loss of their loved ones, as well as spiritual closeness to the wounded and those who are working to help."