Four guards are among several people who have been held hostage at an American state prison. Police and the FBI are at work negotiating with those responsible. 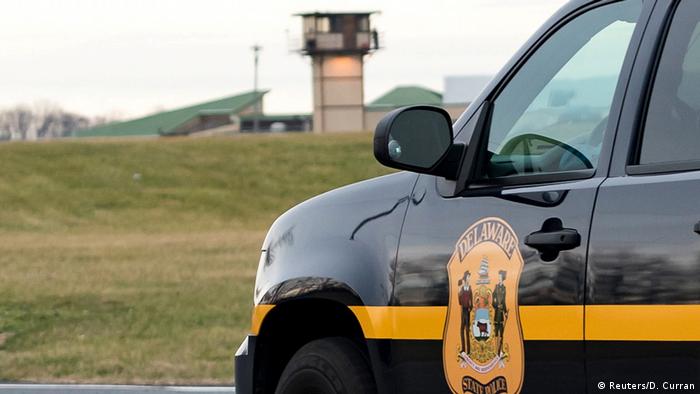 Four people - three guards and a counselor - were taken hostage on Wednesday morning at the James T. Vaughn Correctional Facility in Smyrna, Delaware, according to state officials.

The situation began around 10:30 a.m. local time (15.30 UTC) when a correctional officer at the facility made a radio call for immediate assistance at a building housing over 100 inmates, Delaware State Police spokesperson Richard Bratz said during a press conference.

Initially, authorities said five people had been taken hostage, but the number was later revised to four. Bratz said that the first of the hostages was released around 2 p.m. and taken to a nearby hospital with non-life-threatening injuries.

Hours later, a second hostage was released. One official said 27 inmates had also been released from the building, though it was not clear if they had also been held hostage.

"We are doing everything we can to assure the safety of everyone involved," Bratz said, adding that authorities were negotiating with the hostage-takers in the hopes of ending the standoff peacefully.

According to one official who spoke to the media, there had initially been little communication between police and those inside the building. Later reports said that inmates had phoned the local newspaper, The News Journal in Wilmington, to explain that poor conditions in the prison had spurred them to take the guards hostage. One of the hostage-takers also invoked Donald Trump's name, saying he feared the new president would make the conditions worse.

Police and firefighters had been called to the scene and were stationed around the perimeter of the building.

The James T. Vaughn Correctional Facility is the largest such institution for men in the state of Delaware, according to the Department of Correction's website. It houses minimum, medium and maximum security inmates, of which there are around 2,500 in total.

The facility was placed on lockdown, as were all prisons in the state per Department of Corrections (DOC) policy. Spokeswoman Jayme Gravell provided few details but described the situation as an isolated incident, adding that there was no threat to the public.

Dozens of inmates have died after a riot broke out between two rival factions in a prison in northern Brazil. Some 100 relatives of the inmates who were there for visiting hours had been reportedly held hostage. (17.10.2016)

Two prisoners have been beheaded, another killed and two guards taken hostage during a riot in a prison in southern Brazil. Officials say inmates are rioting to press for better facilities in the overcrowded jail. (25.08.2014)

Officials in Taiwan say six prisoners have killed themselves after taking staff hostage in a failed bid for freedom. The standoff lasted some 14 hours. (12.02.2015)

The bill is a major triumph for President Joe Biden's legislative agenda.

FBI agents raided the former president's Florida estate earlier this week. According to court filings, they found a cache of classified documents.