A UK newspaper has reported that Microsoft worked with US intelligence services to allow users' communications to be intercepted. The newspaper cited top-secret documents provided by whistle-blower Edward Snowden. 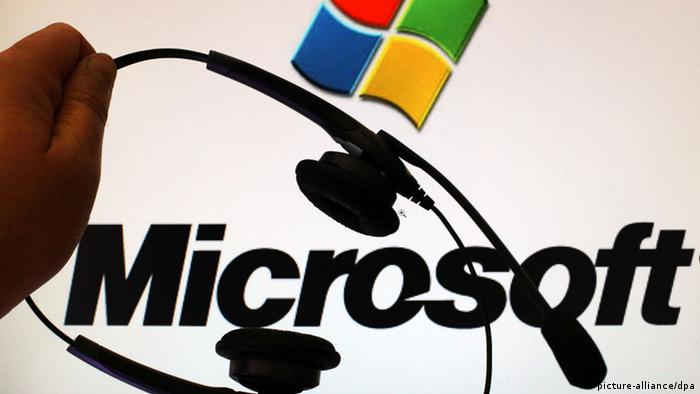 The Guardian has reported that the software giant Microsoft collaborated with the National Security Agency (NSA) to bypass encryption of data by users of its services. The newspaper cited top-secret documents provided by former Central Intelligence Agency employee and whistleblower Edward Snowden.

The newspaper reported that Microsoft worked with the Federal Bureau of Investigations and the NSA to ease access via the US surveillance program PRISM to the cloud storage service SkyDrive. Information about the PRISM program was originally leaked to the Guardian by Snowden last month.

'Most of Europe has no whistle-blower protection'

The case of Edward Snowden remains in the spotlight. Yet even in Europe, there's little protection for those who point out corruption, crime and wrongdoing, explains Transparency International's Mark Worth. (11.07.2013)

According to the newspaper, Microsoft also helped the NSA collect video and audio of conversations conducted via the online chat service Skype.

Throughout the progression of the leaking scandal, Microsoft had assured it did not provide the NSA direct access to users' information. On Thursday, it repeated that it releases customer data only in response to lawful government requests.

"To be clear, Microsoft does not provide any government with blanket or direct access to SkyDrive, Outlook.com, Skype or any Microsoft product," a statement on the company's website read.

Along with Microsoft, Facebook and Google had publicly urged US authorities to allow them to reveal the scope of the surveillance requests after the original leaks suggested they had given the government "direct access" to their computers as part of the PRISM program.

Snowden to meet with activists

Meanwhile, Edward Snowden released a letter inviting human rights groups to meet with him on Friday in Moscow's Sheremetyevo international airport to discuss "next steps forward in my situation."

Snowden has not been seen in public since arriving in Moscow from Hong Kong on June 23, where he had fled before his leaks were made public. The US has condemned China for not extraditing Snowden when it had the chance.

Venezuela, Nicaragua and Bolivia have all said they would be willing to grant asylum to Snowden but it is unclear how he would fly to any of these countries without passing through airspace belonging to the US or its allies.