Greenland is hoping to step up the mining of rare earths on its territory, something supporters believe will bring a major boost to the economy. This comes after lawmakers voted to end a ban on uranium mining. 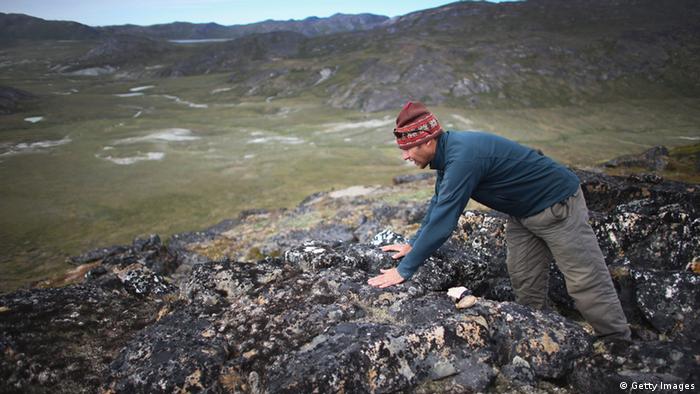 Members of Greenland's assembly voted late on Thursday to revoke the territory's 25-year-old ban on mining for radioactive materials such as uranium. However, the heated debate that preceded the 15-14 vote showed the extend of controversy over the move.

The main aim of ending the ban was to allow foreign mining companies to come into Greenland to mine for rare earths, which are vital to the production of high-tech devices such as smartphones, weapons systems, or hybrid automobiles. Until now, the amount of such substances that could be extracted in Greenland had been severely restricted due to the ban, as uranium is often mixed in with rare earths in the ground.

Supporters of the move say it will help bring jobs and economic prosperity to the vast island, which is still part of the Kingdom of Denmark. Currently a Danish subsidy to the semi-autonomous territory accounts for around two thirds of Greenland's economy.

"We cannot live with unemployment and cost of living increases while our economy is at a standstill. It is therefore necessary that we eliminate zero tolerance towards uranium now," the local newspaper Serbitsiaq quoted Prime Minister Aleqa Hammond as having said during the debate in the legislature.

Thursday's vote, though, is only the first of several steps required before mining companies can actually begin work. Greenland's minister for natural resources, Jens-Erik Kirkegaard said after the vote that several more laws would needed to be changed first, something he said would likely take "a couple of years or more."

It's also not clear whether Denmark, which still has jurisdiction over Greenland's security and foreign policy could move to keep the ban in place.

"Concrete actions on the mining and export of uranium will potentially have far-reaching implications for foreign, defence and security policies and are as such a matter for the Kingdom," Nick Haekkerup, Denmark's minister for trade and European affairs said shortly after learning of the outcome of the vote.

Environmental groups have also crticized the move, saying that mining could damage the territory's ecological system.