Greece awaits a new government with bated breath. The conservatives have three days to hammer out an agreement with partners to form a coalition government. The clock is ticking, but the leaders are confident of success. 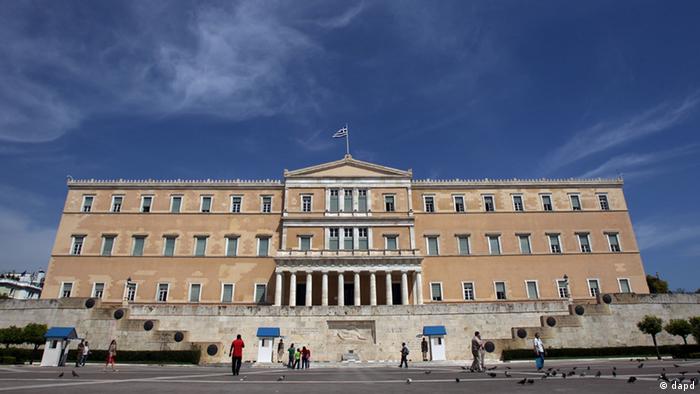 The Greek parties that support the EU-IMF bailout look set to form a coalition government following Sunday's election, though negotiations entered into their second day on Tuesday.

The conservative New Democracy party, led by Antonis Samaras, gained 129 seats in Sunday's vote, but a coalition must have a minimum of 151 seats to form a government. So Samaras has turned to the socialist PASOK party, led by Evangelos Venizelos, to try and secure that party's 33 seats and form a new government.

"With Mr. Venizelos we agreed that within the deadline of my mandate … a government of national salvation must absolutely have been formed," Samaras said Monday. "We will of course have new meetings."

Sunday's election results eased international concerns that Greece may exit the eurozone - a move that could have had damaging consequences on the global economy.

Syriza has refused to join the other two parties in a government, saying it will not cooperate with any group that insists on implementing the harsh austerity measures taken in return for Greece's bailout.

Venizelos is insisting, however, on a broad coalition.

"The most crucial thing for us right now is to achieve the greatest possible range of consensus, and this must happen by [Tuesday] night at the latest," he said after his talks with Samaras.

Greek Prime Minister Kyriakos Mitsotakis said the secret service's wiretapping of an opposition leader was wrong but legal. He also refused to reveal its reasons.