Greece has been denied the next tranche in its bailout after eurozone finance ministers said Athens had not delivered on a series of reforms to unlock the latest provision under the debt rescue package. 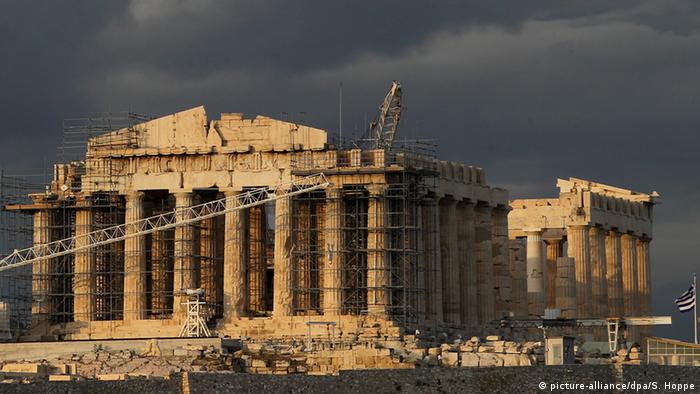 Greece was denied its next bailout tranche of 2 billion euros ($2.1 billion) Monday, after eurozone finance ministers said the country had failed to deliver on a series of reforms necessary to unlock the latest provision of the rescue package.

German Finance Minister Wolfgang Schäuble said Athens had not met "a great number" of commitments agreed to as part of its rescue, following a meeting of eurozone finance ministers in Brussels. He urged the leftist government of Greek Prime Minister Alexis Tsipras to deliver.

The package calls on Athens to cut spending, raise taxes and modernize its economy. Greek media reported Monday that key outstanding issues included the details of a plan for taxpayers to settle their arrears, the introduction of VAT on private schools, as well as home foreclosures rules which the Tsipras government insists should protect low-income homeowners.

While implementation has been lagging, hampered in part by snap elections held in September, EU economic affairs commissioner Pierre Moscovici remained positive after Monday´s meeting that "an agreement can be reached in the coming days." The 86-billion-euro rescue package granted to Greece in August is the country´s third bailout in five years.

Four major Greek banks have been told by the European Central Bank to rapidly raise their safeguard capital by the end of the year. Up to 14.4 billion euros in shortfalls have been identified during ECB stress tests. (31.10.2015)

Greece's parliament has adopted further reforms demanded by the country's international creditors in return for more bailout funding. Thousands of people marched in central Athens to protest against the sweeping bill. (17.10.2015)