Athens has been forced to tap into an emergency account with the International Monetary Fund (IMF) to make a multi-million-euro debt payment, highlighting its desperate need for cash rather than soothing default fears. 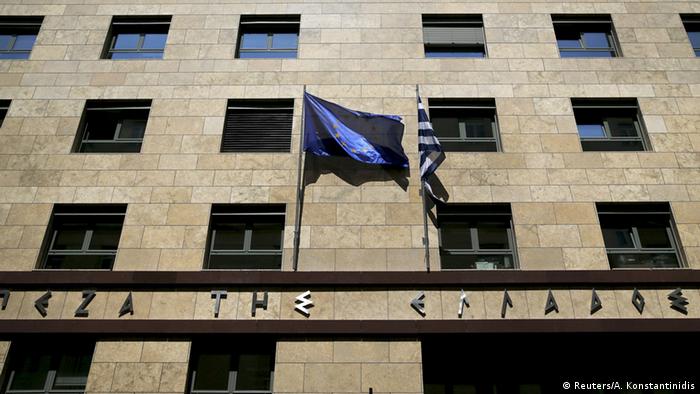 Quoting government officials in Athens, news agency Reuters reported Monday that the leftist government of Prime Minister Alexis Tsipras had to use emergency reserves in its holding account with the IMF to repay a debt of 750 million euro ($839 million).

The news was confirmed by a source within the Greek central bank, cited by news agency AFP. "That was an initiative by the Bank of Greece's governor to break the deadlock," the source reportedly said.

Amid mounting speculation of Athens defaulting on parts of its 325 billion euros in total debts, there had been doubts in recent days whether the Greek government would pay the IMF or opt to save cash to pay salaries and pensions later this month.

IMF member countries have two accounts at the fund - one where their annual quotas are deposited and a holding account, which may be used for emergencies.

A second Greek official told Reuters on Tuesday that the reserves the government tapped must be replenished in the IMF account within "several weeks."

Made a day early, the payment calmed immediate fears of a Greek default. But Greek Finance Minister Yannis Varoufakis said on Monday the liquidity situation was "terribly urgent" and a deal to release further funds from Greece's bailout lenders was needed in the next couple of weeks.

Greece has been in talks with its international creditors for months, trying to secure more favorable conditions for the repayment of its debt. The nation's dire financial situation has made a successful conclusion to the talks more urgent, and Athens has been pushing for European officials to acknowledge its progress in reforming its economy to unlock 7.2 billion euros in further financial aid.

Following talks in Brussels on Monday, the eurozone finance ministers' forum, called the Eurogroup, said, however, a comprehensive deal was not imminent.

But those controlling the purse-strings in other eurozone countries as well as the heads of the European Central Bank (ECB) and the International Monetary Fund have been guarded with their praise for Greece, which they say is still in danger of defaulting as important deadlines loom.

Over the next three months, Athens needs to repay more than 11.5 billion euros in bonds and refinance another 10.6 billion in treasury bills. Before their statement following Monday's Eurogroup meeting, eurozone officials dashed hopes of the ECB raising the limit on short-term treasury bills that Greek banks can buy, a move that would lower the chances of a Greek default.

Dijsselbloem also stressed on Monday that a four-month deadline set on February 20 was still the foundation for negotiations and any disbursement of funds for Greece was predicated on this deadline being met.

Greece has earned the commendation of its European peers as it negotiates an extension to its bailout agreement with its international creditors, but the cash-strapped country still has a way to go. (11.05.2015)

Greece has narrowly avoided default by ordering a major payment to one of its international creditors. The move allows negotations to continue on loosening the conditions of the indebted nation's repayments. (11.05.2015)

Greece unlikely to exit the euro

The words Greece and 'bankruptcy' seem to go hand in hand these days. 'Grexit' as far as the eye can see. But is Athens really about to go belly up, and is an exit from the eurozone really the only way out? (11.05.2015)