Greater Surveillance of German Muslims? | Germany | News and in-depth reporting from Berlin and beyond | DW | 14.07.2005 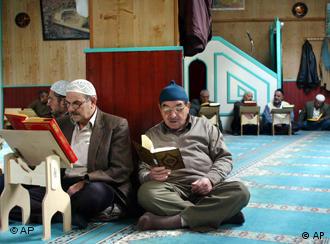 "We have to know what's going on in every mosque," Bavaria's interior minister, Günter Beckstein, told the Berliner Zeitung newspaper. "We have to have an intelligence presence there where extremist ideas are being preached."

Beckstein, who is tipped as a potential federal interior minister if the conservative opposition wins this fall's possible early election, said greater efforts were needed to watch Germany's Muslims amid the unsettling realization that the bombing attacks in London were the work of British citizens of Pakistani origin.

"Accordingly we have increase surveillance of religious fanatics," he said, calling on the German Muslim community to increase their cooperation with the authorities. "We need the help of tolerant Muslims."

Beckstein's sentiment was echoed by other conservative politicians. Wolfgang Bosbach, the Christian Democrats' parliamentary spokesman for interior issues, said suicide attackers could not be scared off by heightened security, making it more important to recruit informants from the local Muslim community for the intelligence services.

Uwe Schünemann, the conservative interior minister of Lower Saxony, even called for increasing the frequency of random control checks at German mosques. "We need this instrument and we must make greater use of it," he said.

Schünemann also called for a special sitting of parliament during the summer recess to pass measure creating a proposed national terror suspect index. "This has to be done quickly since we'll need it before the World Cup," he told the paper. 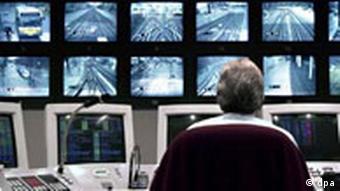 Beckstein also said more closed-circuit cameras to help secure soccer's largest sporting spectacle, which Germany will host next summer. Officials in Berlin have already decided to boost security on public transport in Berlin and the surrounding state of Brandenburg with the installation of more video surveillance.

"Following the attacks on the British capital, we don't want to be accused of not doing everything we can," the head of the company responsible for the public transport in Berlin (BVG), Thomas Necker, told the Berliner Zeitung. The BVG will also keep all video footage recorded for three days instead of the current 24 hours.

In London, video footage of the four suspected bombers was able to be retrieved just five days after the attacks took place.

German Media Under Fire From Muslims

The media in Germany is often accused, not least by Muslims in the country, of being one-sided and clichéd when it comes to reporting on them. Journalists deny it, saying discernment and responsibility are important. (June 20, 2005)

As Europe on Thursday prepared to observe a moment of silence for the victims of last week's London bombings, British police have reportedly identified the man thought to be the mastermind behind the deadly attacks. (July 14, 2005)

EU ministers vowed to unite in the fight against terrorism and committed themselves Wednesday, days after the London bombings, to implementing security laws agreed on a year ago after the Madrid attacks. (July 14, 2005)