Revolutionary and president, liberator and dictator - Fidel Castro was a self-contradiction, a myth throughout his lifetime. German illustrator Reinhard Kleist captured his life story in the graphic novel, "Castro." 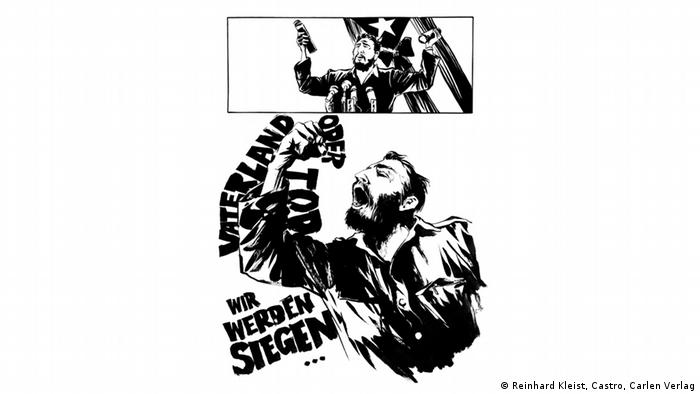 Reinhard Kleist illustrated the life of Fidel Castro in expressive images six years ago. The narrator of the graphic novel is the fictional German journalist Karl Mertens, who travels to Cuba in 1958 to interview the revolutionary in his jungle hideout.

From idealist to dictator

Mertens reviews significant phases of Castro's life, from his childhood as the son of an estate owner to his time at a Jesuit school and his law studies in Havana. He also traces his failed attack on the Moncada barracks in 1953 - an event largely recognized as the start of the Cuban Revolution. 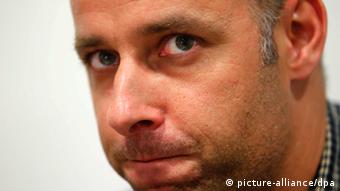 After a brief time in prison, Castro went into exile in Mexico. From there, he left the guerillas in their fight against the Batista regime.

Once the revolution was won, the new state had to be built up, reformed and cleaned. The US Bay of Pigs invasion followed, as did the Cuban Missile Crisis and the economic downturn of the 1990s.

To solidify his power, Castro systematically eliminated his political rivals. Cuba became a dictatorship. With his visual storytelling, Kleist manages to capture Castro's transformation from a middle-class idealist who longed for social justice, to a zealous communist who'd resort to any means. 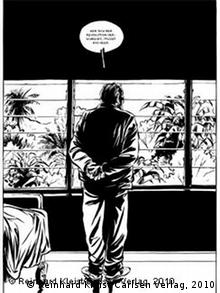 The protagonist Mertens even becomes a revolutionary himself and remains in Cuba.

Fascination with Castro the icon

"Castro was a very idealistic person who risked everything, even his ideals," Kleist told DW. "This contradiction is what fascinated me."

"When the revolutionary took over power, he also took over the injustice of power," wrote author Octavio Paz. The quote is the epigraph  to Kleist's graphic novel, first published in 2010.

The book has since been translated into English, Turkish, French, Portuguese, Italian and Chinese, as well as Spanish.

Several years ago, Kleist was given the opportunity to present his book in Cuba in the presence of Castro himself, but the appointment was canceled at the last minute. "With Fidel Castro, we have lost an icon, but that won't change politics much," concluded Kleist.